Taming of the Shrew brings Shakespeare to life

Shakespeare would be proud of Blair's production of his comedy "The Taming of the Shrew" and the extended sequel "The Tamer Tamed," written by John Fletcher. With the audience sitting right up on the stage, the dynamic play fully engaged the audience with its witty humor and authentic implementation. 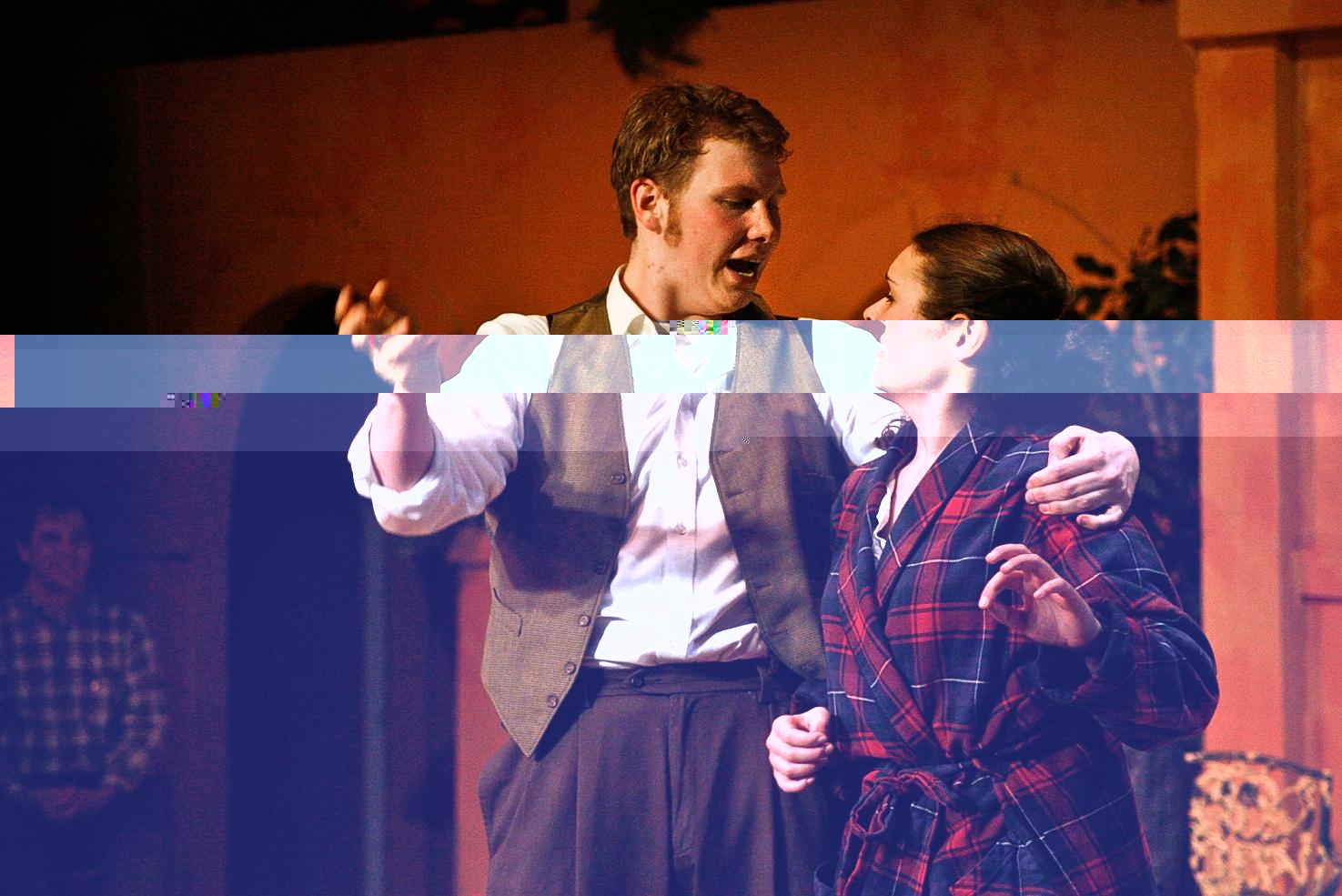 The first half of the play, "The Taming of the Shrew," revolves around a man Baptista (Mariam Jiffar and Osee Obaonrin) who is trying to find suitors for his two daughters, the sweet, charming Bianca (Mikayla Cleary and Amie Idriss) and the livid, sharp-tongued Katharina (Zoë-Rose Waldrop and Maya Davis). Although Bianca has attracted several suitors, Baptista is determined to have his older daughter married first. One day, a man named Petruchio (Langston Cotman and Peter McNally) meets Katharina and impressed by her substantial dowry, vows to marry her. The play continues with the comical competition between a series of suitors vying for Bianca's attention and Petruchio's quest to reform or "tame" Katharina's vicious ways.

The second half of play, "The Tamer Tamed," takes place a few years after the first half ended and revolves around Petruchio's second wife, Maria (Caley Mayer-Marks and Kayla Williams) and her determination to tame Petruchio, who had once been the tamer himself. The sequel implies a never-ending cycle between tamers and shrews and a series of plot twists keep the audience engaged as the pun and insult count skyrocket. 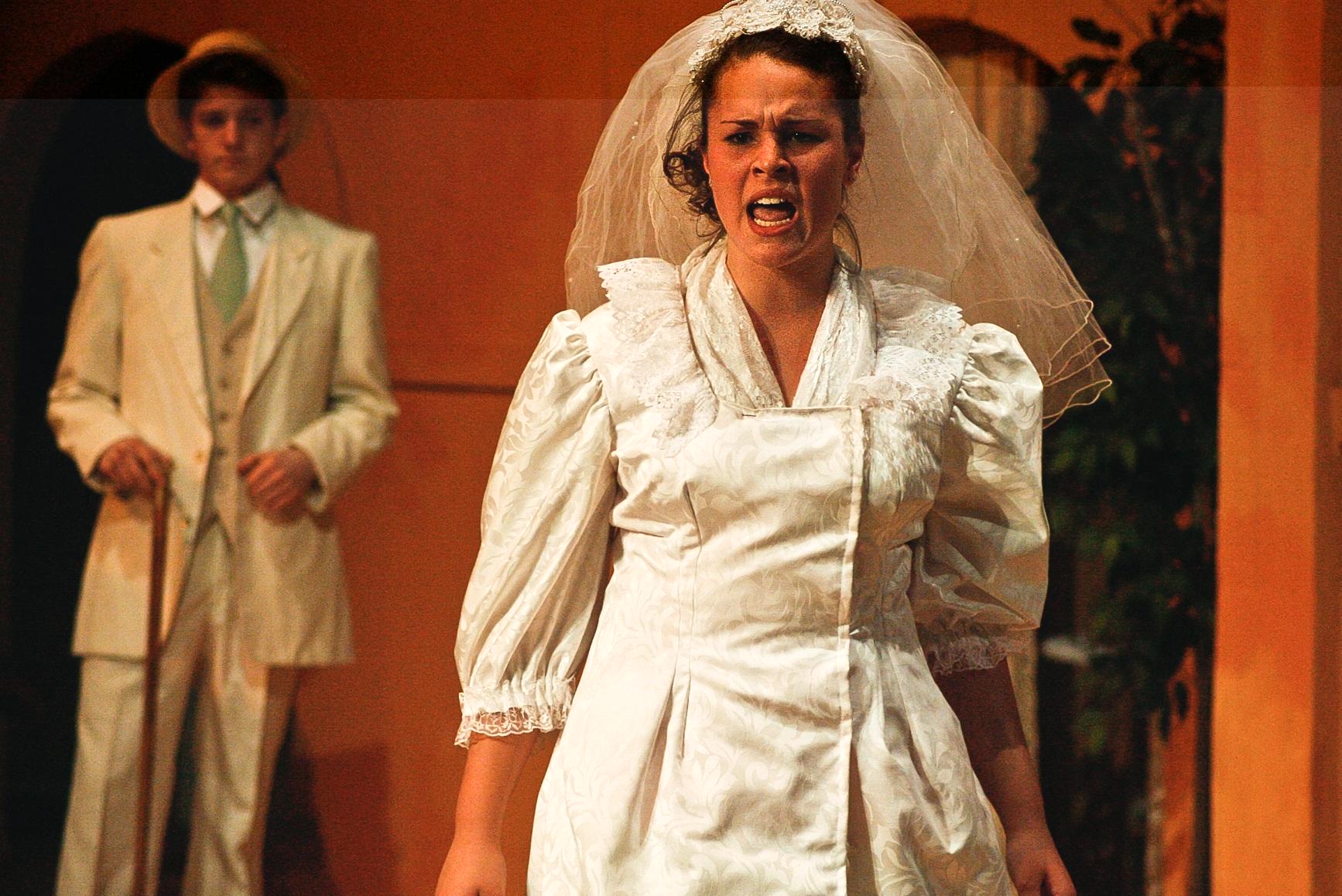 The actors do an excellent job of capturing the essence of Shakespeare's puns, especially in the rapid back-and-forth banter between Katharina and Petruchio. The black box seating arrangement in the auditorium connects the audience to the tale as they empathize with Bianca's relationship problems, ridicule Hortensio's (Isaac Jiffar and Zoe Johnson) and Gremio's (Ben Holland and Ashe Welch) crazy antics and laugh along at the juxtaposition between Petruchio's determination and Katharina's scorn. The audience connects with the actors as well – even literally when Petruchio roars in the faces of the front-row audience members. Although the play gets confusing when some of the characters are under disguises, the witty insults, fist fighting and authentic facial expressions of the actors make the plot line easy to follow.

Special "props" also goes to...the props. When a tutoring session between Hortensio and Katharina goes awry, Hortensio emerges with a broken guitar strung around his neck that Katharina had supposedly hit over his head. The costumes add an extra touch as well. From the elegant dress of sweet Bianca to the ridiculous tiger striped attire worn by Petruchio at his wedding, the costumes highlight the characters' most distinguishing traits, which culminates to a more enjoyable performance.

Directors Kelly O'Connor and John O'Connor should be commended greatly, as the two-hour play ran smoothly and flawlessly. Blair has done it again by bringing another masterpiece to life.