Catacora is a competitive ballroom dancer. He has been dancing four days a week and competing in competitions across the county since ninth grade. He says that dance gives him a "release" and is an antidote to high school pressures. Catacora is also a stellar student and is passionate in his studies in Blair's Science, Mathematics, and Computer Science Magnet Program. Unexpectedly, both of Catacora's passions nicely complement each other.

Catacora grew up in a family full of dancers. His mom was a ballerina, his dad danced in high school, and now he and his siblings have begun dancing. His family is Bolivian and together they dance traditional folklore dances, such as Caporales, a festive line dance, and Tinkas, a harvest dance. "The energy is in my blood," Catacora. This love of dance led him to start Latin-based ballroom dancing at the beginning of his freshman year after he quit figure skating. 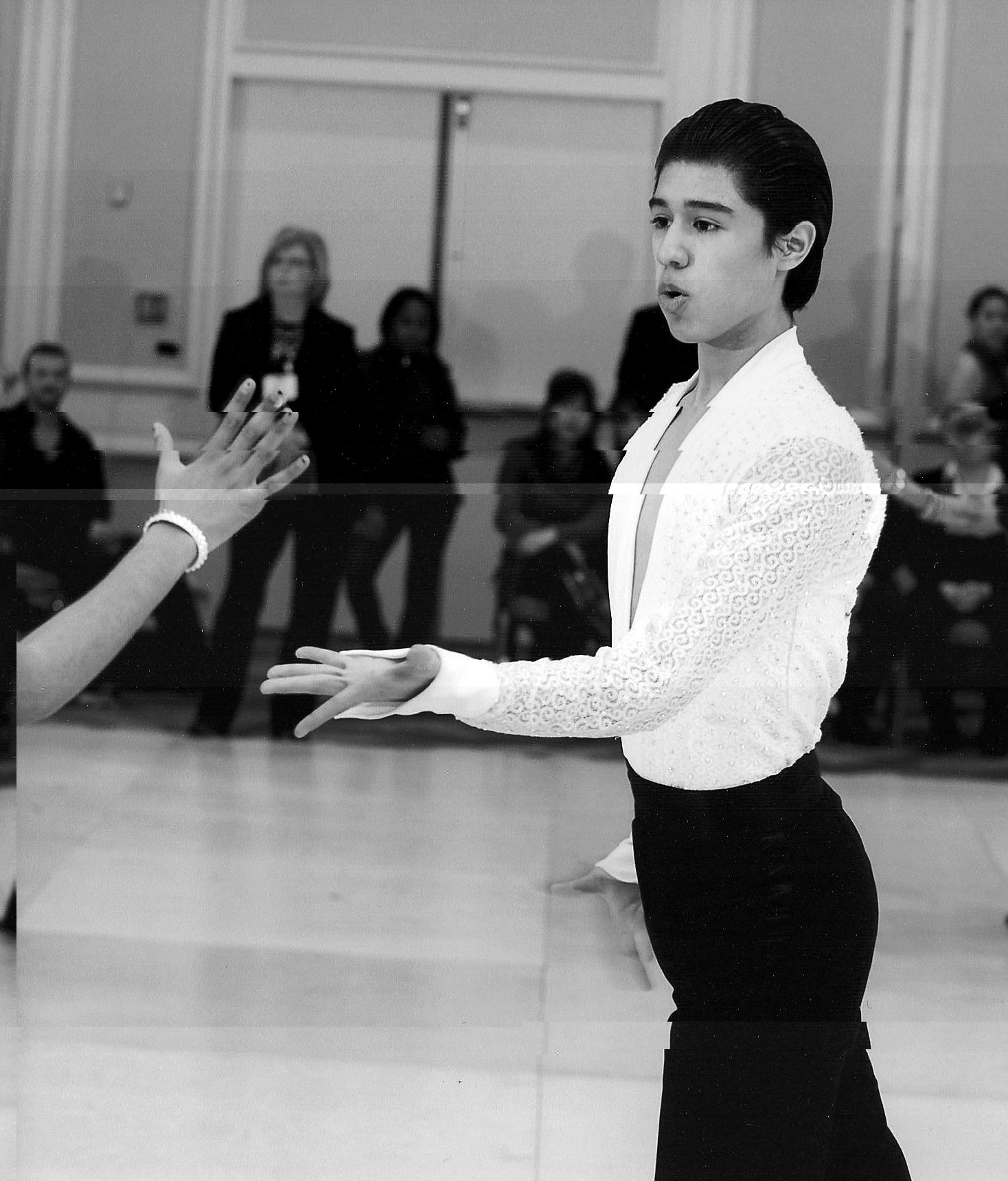 Catacora soon began competing at Latin ballroom dance contests with his first partner, Kennedy Taylor. Latin-based ballroom dance is a more sensual and rhythmic type of dance differing from standard ballroom, which is more traditional type of dance. Catacora loved the Latin style, but when he changed partners, his new partner introduced him to standard ballroom. He has been focusing on standard for a year with his current partner Jennifer Fales, who attends Mt. Hebron High School in Elliot City, MD. Catacora recognizes that he still has a lot to learn, but he enjoys what he is doing. 'It's new and it's fun and I like learning the steps," he says.

He and Fales train at Atlantic Ballroom in Towson, Maryland with world champion ballroom dancing coaches Pauline and Igor Pilipenchuk. While figure skating, Catacora found the coaches mean and the strict schedule debilitating. He was forced to quit because of the lack of time he had for his studies. Now, he finds the coaches at Atlantic Ballroom flexible and helpful. Catacora has made many friends and has found a supporting community at his dance studio. As he has grown as a dancer, they have been there encouraging him. "I came there two and a half years ago as a beginner," says Catacora of Atlantic Ballroom. "They were very helpful, now they congratulate me. It's a very nice community.

Catacora also has found a thriving community at Blair. In the magnet program, he is given the chance to explore his passion for engineering. His friends and teachers agree that Catacora has a great work ethic. "He works hard and he likes what he's doing," says Catacora's best friend senior Brian Clanton. The challenging steps, exciting twirls and dangerous dips of ballroom provide Catacora with a fun, more creative supplement to school. "It's important to have a consistent balance of work and fun," says Catacora.

But dance and school are related in more ways than one. One of the Magnet program's goals is to build advanced problem-solving techniques. Catacora says that dance helps him incorporate creativity into his academic life. The same creativity that aids him when he's spinning his partner assists him when he's designing a web page for his computer science class. The lessons he has learned in the Magnet program at Blair also help him on the dance floor in other ways. "In the magnet I've been looking at my goals and realizing I can accomplish them and bringing it into my dancing," he says. 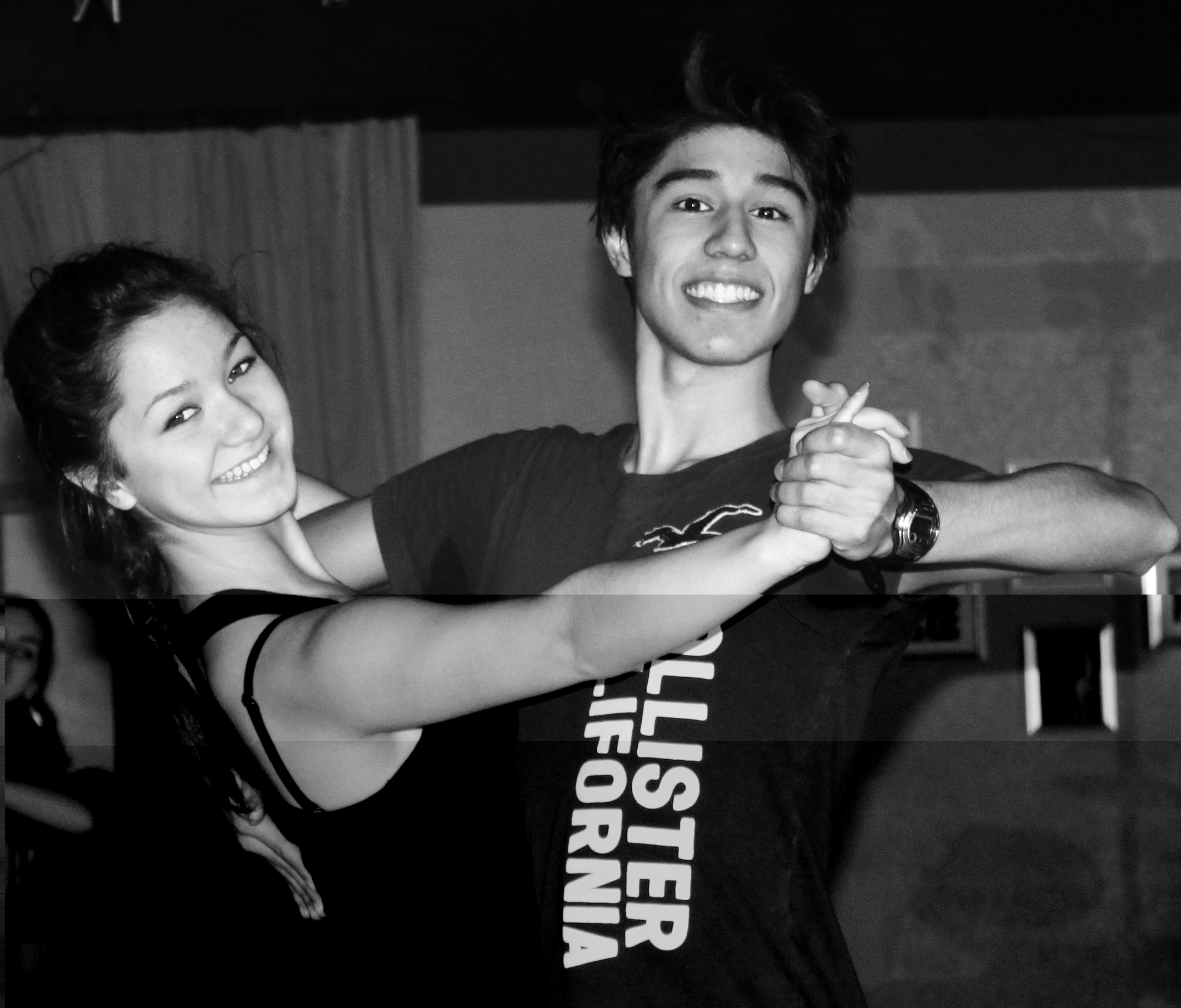 For all their differences, studying math and science is similar to studying waltzes and tango. The ability to perform complex leaps, twists and jumps requires basic knowledge of the principles of inertia, motion and physics. Physicist and dance enthusiast, Kenneth Laws, explains that dance techniques rely heavily on the laws of physics. "It's important that if dancers understand physics it can make their movements better and more effective and decrease the potential for injury," says Laws. However the dance community has been resistant to this fact until very recently. "They say this [dance] is an art form and that [physics] is a science forget about trying to relate the two," describes Laws. Even though Catacora doesn't actively employ physics concepts in his dances, he acknowledges the connection between the two. "Since I like science and technology so much, it's inside me and probably helps me dance," he explains.

From here, Catacora wants to go to college to be an engineer. He hopes to pursue his love for math and science later in life but he resolves that dancing will always be a big part of him. "I will continue [dancing], that's definite," decides Catacora. "I can't see myself without music or movement."