Residents in the district deserve a House vote

In 1998, Congress appended a series of partisan and seemingly arbitrary "riders," additional provisions that had little connection to the subject matter of a bill, to the Fiscal Year 1999 budget designed by the D.C. Council. Some of the more outlandish restrictions included provisions preventing unmarried couples from adopting children and banning the use of D.C. funds for needle exchange programs. But the most egregious "riders" were those provisions that prohibited the D.C. local government's campaign for more equitable representation in Congress. City officials were forbidden to lobby for voting rights in the district, and funding for the Advisory Neighborhood Commission - a grassroots political organization committed to representing the interests of D.C. residents - was eliminated. 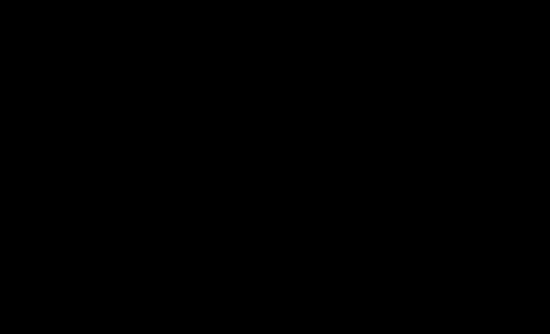 The D.C. Voting Rights Act of 2009, introduced by D.C. Delegate Eleanor Holmes Norton and Senator Joe Lieberman (I-Conn.), is the first step towards granting the district the greater governing autonomy and political representation it deserves. The bill, which passed in the Senate by a margin of 61-37 on Feb. 26, would give a representative to the heavily Democratic D.C. region and stanchly Republican district in Utah whose population was misrepresented in the last census. Designed to garner bipartisan support, the bill is further complicated by the addition of a "poison pill" amendment that would strip local gun control laws. The House is expected to pass its own version of the bill sometime this week, and experts say there is a good chance that the gun amendment will be dropped in conference committee.

D.C. residents have gradually become accustomed to their chronic underrepresentation in a nation that is arguably one of the greatest testaments to the success of a democracy. Since the passage of the 1801 District of Colombia Organic Act, citizens have been denied a voice in the very government institutions that line the streets of the capital. It wasn't until the passage of the 23rd Amendment in 1961 that citizens could even vote to install the next president in the White House, and not until 1973, under the District of Colombia Home Rule Act of 1973, that the region was granted a local governing body independent of Congress. The legislative branch still reserves the right to review and alter the budget submitted by the mayor and 13-member D.C. City Council.

Opponents refuse to consider the bill on the grounds that that Article 1, Section 2 of the Constitution states that "The House of Representatives shall be composed of Members chosen every second Year by the People of the several states." They contend that the district is not a state, and therefore, it cannot be apportioned a representative or senators without first amending the Constitution to make Washington, D.C. a state. The framers may not have considered the district to be a state, but they recognize Washington, D.C. as a unique entity that calls for special rules as stipulated under the Constitution. Article 1, Section 8, known universally as the "District Clause," grants Congress the authority to "exercise exclusive Legislation in all Cases whatsoever, over such District." A bill to give much deserved representation to residents of the district is thus constitutional under this provision.

For the purposes of taxation and interstate commerce, the district is held to the same requirements as the governing bodies of our nation's 50 states. In fact, the federal government treats the district as a state for legal purposes in over 500 statutes, according to Jamin Raskin, American University law professor. D.C. residents pay a staggering $3 billion in federal income taxes each year, more than 49 out of the 50 states, according to the D.C. Vote website.

The slogan "Taxation without Representation" is not an uncommon sight on District license plates. This celebrated catchphrase of the early colonists' fight for representation in the English Parliament carries a similar sentiment in the modern setting, in which disenfranchised residents of the district are fighting to acquire representation in Congress.

Congressmen take the Metro, own D.C. apartments and eat at local restaurants. They cannot arrive to work in the morning without recognizing the importance of the city in the democratic process.

Therefore it is the duty of House members to not ignore their neighbors and to pass the D.C. Voting Rights Act of 2009, preserving the democratic ideals defended by the early American colonists. In a region where residents pay a large share of federal income taxes and lay their lives on the line to keep our nation safe in foreign conflicts - not to mention where all the action happens - the district deserves a representative in the House to campaign for a reduction in federal oversight and the resolution of other local issues.