Due to budgetary issues within Montgomery County, MCPS is planning to cut 252 teaching positions for the next school year, according to Marshall Spatz, director of the MCPS Office of Management, Budget and Planning. For the next school year, Principal Darryl Williams said that Blair will have four fewer teachers and one less media specialist. 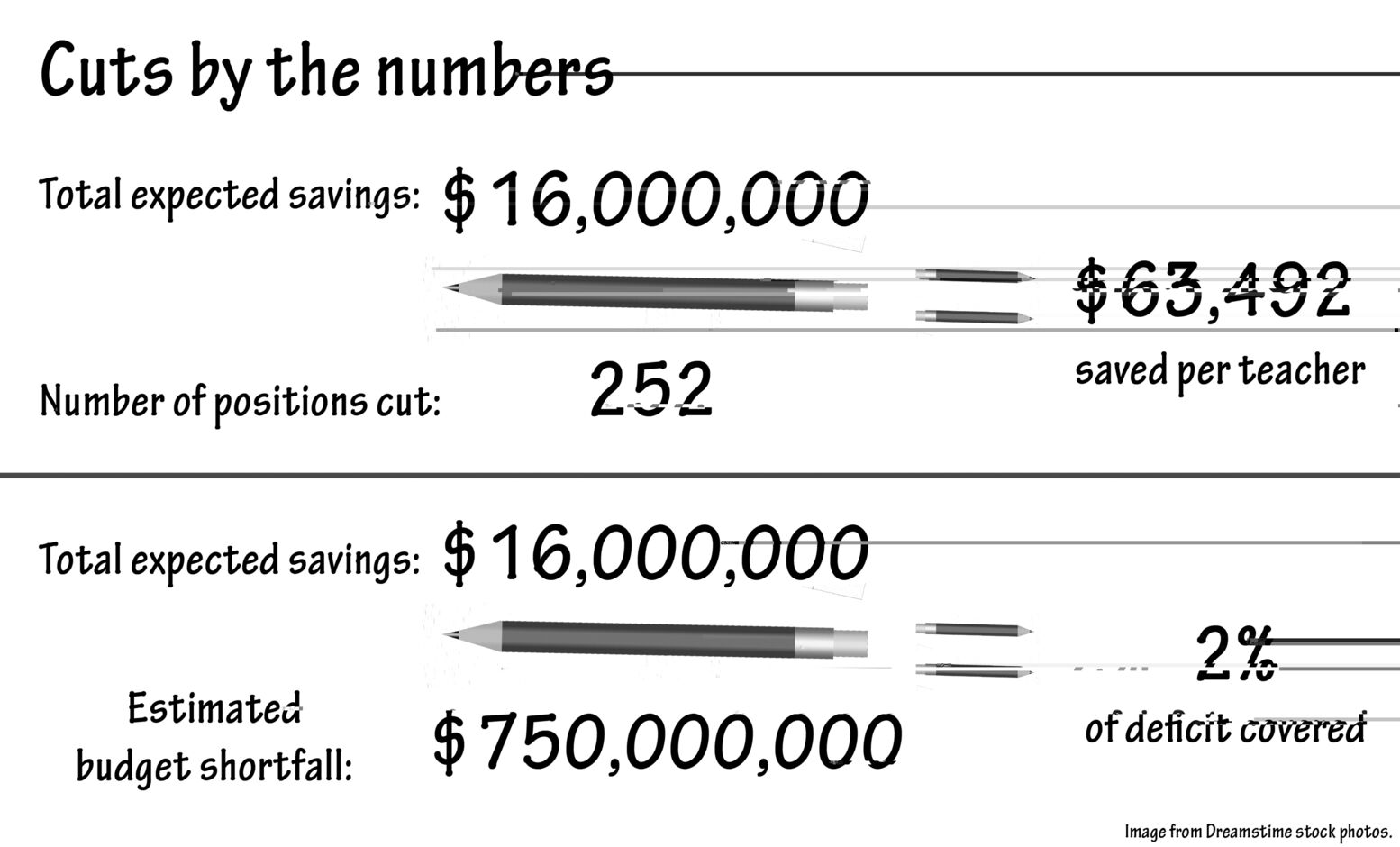 Photo:
In a memorandum sent to MCPS employees, Superintendent Jerry Weast stated that MCPS is cutting the employees in anticipation of the county council reducing the proposed Fiscal Year (FY) 2011 budget drafted by the Board of Education and Weast in December last year. "In making these [staffing] allocations, I believe it is prudent that we plan for significant reductions in allocations because of the difficult fiscal times we are facing," he said.

According to Williams, the reduced staffing allocations means that five professional staff members will be involuntarily transferred. Williams said that the decisions behind the transfers were based on several variables. "Resource teachers take the staffing allocation, course registration and current teachers and use this to create a master schedule," he said.

Spatz stated that more cuts are likely to be made after the final budget comes out in late May. "County revenue has been dropping. There will be more cuts," he said. "The county executive is coming in with a new plan Thursday; once that comes in, we'll have a better idea [of the final cuts]."

Teachers that will be involuntarily transferred to another position, according to the memorandum, will have several opportunities to find a new position in MCPS. Weast mentioned in the memorandum that the annual MCPS Job Fair has been held this month, after school principals chose and listed vacant positions by the end of March.

Vlasits said that schools could have vacancies and still be forced to transfer teachers depending on course registration. According to Vlasits, a teacher could retire and create a vacancy while a teacher in another department could be teaching nonessential classes and be transferred.

The derease in allocations, Spatz said, will result in increasing class sizes by one student. "We reduced allocations by 252 positions which is equivalent to adding one more student to every class," Spatz said. Academy coordinator and ILT member Kevin Moose said that the class size increase could also affect the minimum class size required for a class to be taught. "Historically, the number has been around 22 students," he said. "Now, maybe [the number] will rise to 25 or above."

The staffing reduction has occurred while the Montgomery County Education Association (MCEA) is renegotiating the teachers' contract with MCPS. According to a press release, teachers in the MCEA will continue to forgo the annual cost of living adjustment salary increase and will not receive step increases that come with working within MCPS for multiple years.

Additionally, the press release said that while the county council suggested implementing 10-day furloughs as a method for saving money, the MCEA will fight against having MCPS use furloughs to solve budgetary issues. The press release also stated that contract negotiations will not be completed until the County Council releases final budget numbers.

MCEA representative Marc Grossman and Vlasits stated that one of the surplused social studies teachers may be able to return to Blair. Social studies resource teacher Jill Selman stated that she has applied for a personal leave next year, which, Vlasits said, could mean a vacancy within the social studies department. "If someone within the department becomes the new resource teacher, there would be a vacancy in the department," he said. Grossman added that given a vacancy, the transferred teachers would be given the option to remain at the same school.

Selmen, however, stressed that her request has not be finalized and Vlasits said that someone from outside the school could fill the position if the request is approved.