It's a bevy of hugs, handshakes and high spirits during lunchtime in math teacher Jacob Scott's room. The room is buzzing as kids clamor over one another to talk to Scott. Unconstrained by class work or lesson plans, Scott and his students discuss anything from world news to students' personal lives, while still finding time discuss the material that will be on the quiz next week. 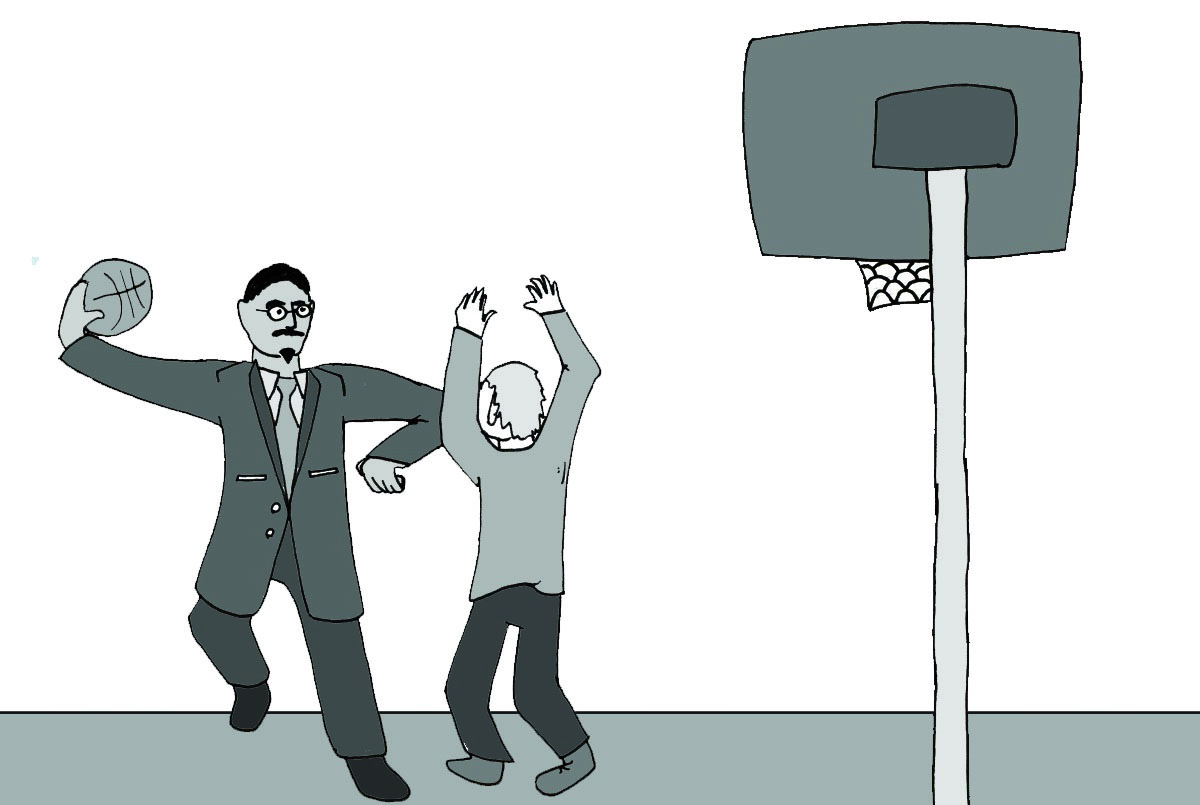 Photo:
At the other end of Blair Boulevard, TV Studio teacher Shay Taylor sits down with senior Sree Sinha for a friendly chat over lunch. This scenario is common in teachers' classrooms across Blair. The teachers and students don't only talk about homework, but discuss a wide variety of topics. While students and staff are snacking on sandwiches, the student-teacher dynamic morphs into something more relaxed, allowing both sides to forge a positive student-teacher relationship.

Sinha says that she and Taylor spend quite a bit of time together for Sign Language Club - Sinha is the president and Taylor is the sponsor. Similarly, social studies teacher Lansing Freeman also spends time with his students outside of school when they play pick-up basketball games together. However, he admits that the more professional student-teacher dynamic never seems to vanishes entirely. Both Taylor and Freeman G-chat with their students, though Sinha and Taylor text each other as well.

Many teachers maintain that an instructor's attitude is a defining characteristic of what shapes the classroom atmosphere. Math teacher Celita Davis recalls that when she was in high school, she didn't feel very comfortable around her teachers, which, in turn, hindered her learning experience. Now that she's in a teaching position, Davis says she doesn't want her students to feel the same way. "I try to lessen the anxiety and create a more relaxed environment so students will feel comfortable," she says.

Davis agrees with Scott who says a truly compassionate attitude gives her an edge when working with her students. "When students are more familiar with a person, they're not afraid to be vulnerable, so they're more likely to open up and say something when they don't understand," Scott says.

Scott describes his classed as having more of a "family" atmosphere. He says, "My relationship with my students is more family than friends." He likens himself to an uncle. He wants students to feel more relaxed around him, but he still wants to be in a position that necessitates respect.

Davis and Scott's students said they appreciate their teachers' efforts. Sophomore Pilar Ocampo, a student in Davis' honors pre-calculus class, says, "Because Ms. Davis is so open and nice, it's easy to talk to her and ask questions." She says she's even comfortable talking to Davis about topics unrelated to math. Ocampo says that she's talked to Davis before about other classes in which she was struggling and received helpful advice from Davis during the times when her counselor wasn't available.

One of Scott's student, Donald Benamna, says he likes Scott's class because he's more at ease around approachable staff and hence, he's less hesitant to participate. Ocampo echoes Benamna's feelings, "If all my teachers were that friendly, I'd ask for help a lot more," she says.

Sinha benefits from her relationship with Taylor in a difference way. She's found that befriending teachers has helped her to personalize her educational experience overall.

She sees Taylor as a mentor of sorts. Because she has respect for Taylor, she says that she found herself checking her behavior more often because she says she doesn't want to be viewed poorly in the friendship.

Likewise, Taylor also finds the friendship advantageous. She appreciates Sinha's insight on the student mind set. She says, "It's nice to have that one student you can go to for feedback." Taylor says Sinha helps her adapt her lesson plans based on her input. She says Sinha's opinion helps her rework unsuccessful activities. Conversely, her approval lets her know when to continue activities that are particularly helpful.

Similarly, Scott always listens to suggestions from students about ways he could improve his teaching style or make certain concepts more understandable. Scott says he would definitely encourage other teachers to get to know their students better because by doing so, they're exposed to valuable student opinion.

Some staff members view getting to know students as a contemporary approach to teaching. Scott sums it up by saying, "Students don't care what you know until they know that you care." He believes that the abundance of Blair teachers who are choosing to reach out to students is creating a positive classroom dynamic. As Scott says, when teachers are friendly with their students and put down their barriers, it results in a win-win relationship.