Teams that can book their flights to Brazil

Now that most World Cup Qualifying has ended, the picture of the teams participating in the world renowned tournament in Brazil became more clear. With the group stages of qualification ending in UEFA, CONCACAF and CONMEBOL, the only region of the world left is CAF, better known as the African region. From stunning comebacks to intense pressure and mixed chances, this was a week of World Cup qualifying to remember. Although the groups for the tournament have not yet been decided and there are many playoffs still to be held, one can still grasp the total picture and theorize the chances for each qualified team so far. Here is a list of all qualified teams by region and their chances in the World Cup:

With the likes of Romelu Lukaku, Christian Benteke, Eden Hazard, Jan Vertonghen and many more upcoming young stars in the top leagues in Europe, Belgium is the dark horse for many people in the World Cup. Not only does Belgium possess some of the greatest players in the World, but they also have solid depth at most positions. In qualification, they dominated their group ending with an unbeaten record in qualifying and a ranking of sixth in the World. "Belgium is going to win the World Cup because it has world class players in every position and on the bench," sophomore Shane Trimble said. Look for these young guns to make an impression on the world this summer. 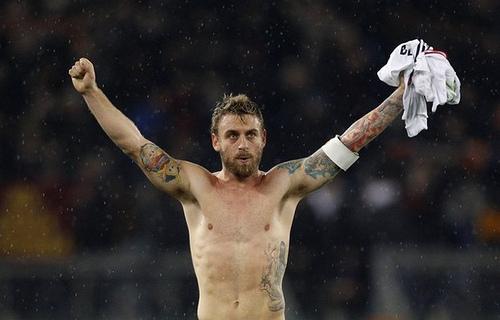 Photo: Daniele De Rossi will be critical to Italy's success.

Photo: Daniele De Rossi will be critical to Italy's success.

With the midfield maestro Andrea Pirlo, Daniele De Rossi, "Super" Mario Balotelli and many more elite players, Italy will sustain its place as one of the best teams in the World and will impress once again. With a relatively easy time in qualification and a very strong, talented and deep squad the Italians will be seeking their glory in Brazil. "Italy has Pirlo who controls the midfield," sophomore William McMillan said. Italy is one of my favorites in the tournament.

With Arjen Robben and Robin Van Persie playing in probably their last tournaments, and new talent like Kevin Strootman and Jeremain Lens, the 2010 runners-up will surely challenge. They are also deep enough in each position to go far. Another important factor is the performance of the Dutch team at the Euro's in 2012. If they put in a performance such as that, they will surely go home.

After a torrid qualifying in which they had trouble topping a group with the likes of the confederations of Poland and Ukraine, the English will continue to demonstrate lackluster performances and underperform in Brazil. Although they are bolstered by the likes of players like Andros Townsend, Steven Gerrard, Leighton Baines and Jack Wilshere, they do not have the belief that other teams in the world posses. Even though they have played at a subpar level, the lineup that they field could produce better results evidenced by their tie against Brazil earlier this year."They are good because they have fast strikers," freshman Laslo Vanstraelen said.

¡Viva la Furia Roja! After winning three straight major competitions in a row for the first time in football history, la Selección is looking to win another tournament writing another page in the history books. Not only have they crafted a winning spirit in the past 8 years, but they also contain arguably the deepest squad. They also possess the greatest midfield in the game with the likes of Andrés Iniesta and Xavi. "They just don't get worse, they simply just keep on winning," senior Mattan Berner-Kadish said. Although they had a tough time during the Confederations Cup, Spain will bounce back and go far in the tournament. They are on of my favorites, as I believe they can win the World Cup in Brazil and become the first non-South American team to do so.

Germany is a very solid team that is always in contention for any major tournament in the World. The Germans have one of the most technically gifted and strongest teams in Europe. With a wealth of attacking and defensive options such as Marco Reus, Thomas Müller, Jerome Boateng and Mesut Özil, expect Germany to do great things in Brazil. "The way they are playing is just more advanced than anyone else," sophomore Miguel López said. Along with Spain and Brazil they are heavy favorites to win. 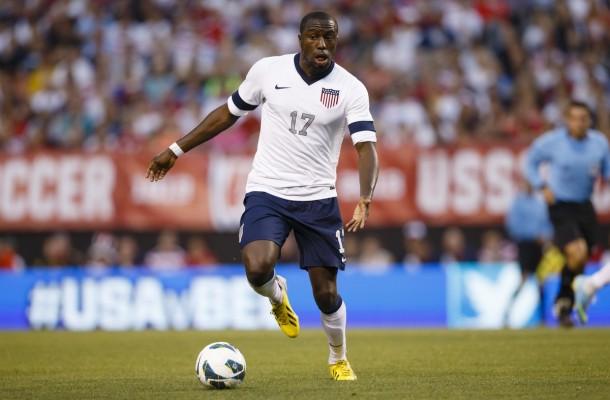 Photo: Jozy Altidore is a vital cog to the U.S. team.

Photo: Jozy Altidore is a vital cog to the U.S. team.

Qualifying at the top of the Hex and landing a place in Brazil, the Americans are on the right path to increased success in the World Cup in Brazil. With stars like Jermaine Jones, Jozy Altidore and Michael Bradley, the U.S. is looking to at least get the the round of 16 in this tournament. Personally I think and want them to do better so that the U.S. will be recognized as a good footballing country. 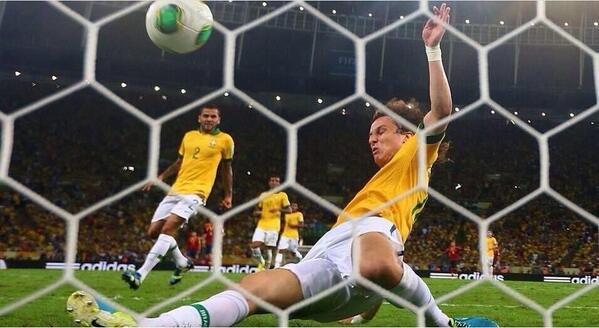 Photo: Defenders David Luiz and Dani Alves will sure up Brazil's defense.

Photo: Defenders David Luiz and Dani Alves will sure up Brazil's defense.

As the host nation, their qualification was assured 4 years ago. They have been participating in friendlies to prep for the World Cup and have impressed. The Confederations Cup served as a platform to which Brazil could demonstrate how ready they were for the tournament. "Brazil has a bunch of young players coming up," junior Nicolás López said. With names like Neymar Jr., Oscar, Thiago Silva and Hulk, expect the Brazilians to do very well in the World Cup that is being hosted in their home soil which will add even more fuel to the flame. This added pressure will have its benefits but it will also have its problems, because of these high expectations, Brazil will falter and will not get past or maybe even too the semifinals. 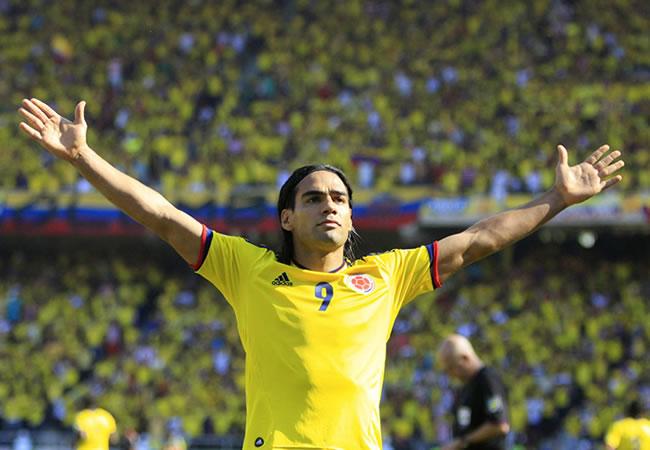 Coming back from three goals against Chile to tie the game was the moment Colombia announced its presence on the world stage qualifying for the world cup. With the likes of Radamel Falcao and Jackson Martinez leading the charge Colombia looks like a team the could do serious damage in the tournament. "A new generation of Colombian soccer has arrived and because of this they will go pretty far," sophomore McMillan said. Also, having the world cup take place in South America will increase the support they will receive.

A very serious contender, Argentina looks to win the trophy on their arch rival's soil. With another super deep and talented squad in all positions boasting the best player in the world, Leo Messi and other players like Angel Di Maria, Pablo Zabaleta and Ever Banega, the Argentinians have one of the best sides they have fielded in years. If one takes these factors into effect with the fact that a European team has never won the tournament on South American soil, expect the Argentinians to be a legitimate contender. "Argentina will go further than 2010 because they have a good attacking force," senior Wako Wako said. Expect them to make it to the semifinals if not the finals in Brazil.

The Japanese ended a very impressive qualification campaign as the top dog in asian qualification. Although Japan has a some stars like Shinji Kagawa and Keisuke Honda overall their team is pretty made up of players who play for low level European teams. Even with this in consideration the Japanese always impress in the World Cup and I expect them to at least get past the group stage this tournament. "They are a good team with players such as Honda and Kagawa,” junior Eduardo Hernandez said. 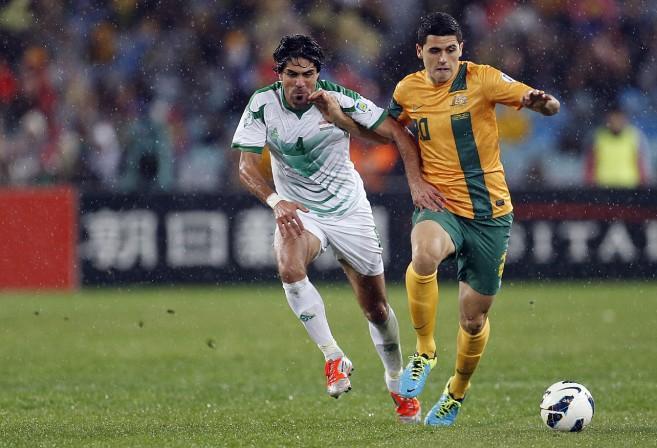 Photo: Tom Rogic looks to breakout for Australia in Brazil.

Photo: Tom Rogic looks to breakout for Australia in Brazil.

The Aussies had another solid qualification campaign but have struggled in recent friendlies, losing to both Brazil and France. Because of this, they fired their old coach Holger Osieck and replaced him with Ange Postecoglou. The Aussies do not have much notable star power but always do well. I find it hard for them to advance out of any challenging group but expect aussie player Tom Rogić to make his name known. At 20 years old he is Australia's best hope for the future.