Apple has dominated the tablet world far and wide with a 62 percent global market share in the second quarter this year after the introduction of the new iPad. This number seems huge compared to the Kindle Fire accounting for a mere 22 percent of tablet sales, according to an Amazon press release. But a new line of Kindles might just lessen the distance between the companies' successes. 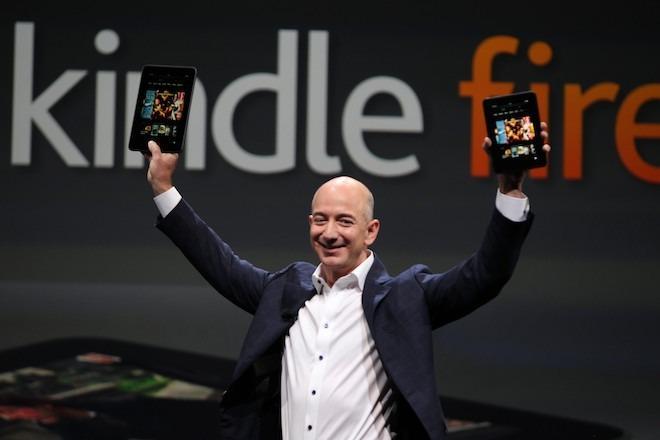 In a press conference on Sept. 6, Bezos announced several new products, including three versions of the Kindle Fire and the new Kindle Paperwhite e-reader. The new Fire products include an updated version of the original Kindle Fire and two new Kindle Fire HD models in different sized displays, while the Kindle Paperwhite is an improved version of the black-and-white Kindle that includes a fiber-optic lighting system, touch screen, and 62 percent more pixels than the Kindle Touch. These models offer several perks that rival Apple's tablets.

One benefit is the cheaper price. At $300 and despite being the costlier of the two Fire HD models, the 8.9-inch display Kindle Fire HD is $200 less than the new iPad. Even compared to Apple's older iPad 2, the larger Fire HD is still $100 less expensive. The new Fire will also save more money. It boasts longer battery life and a 40 percent faster processor than the original, but will cost $40 less. In comparison, the new iPad costs $100 more than the iPad 2.

The price isn't the only perk — Amazon's products provide more convenience. Both Fire HD models are smaller and lighter than the new iPad, Apple's tablet weighing 58 percent more than the 7-inch display Fire HD. The new products also have 41-percent faster wireless connectivity than the new iPad, according to Bezos.

Amazon also offers many of the same features as Apple, giving consumers similar perks for a better price. Like the new iPad, the Fire HD e-readers have a front-facing camera which includes built-in Skype video conferencing software that will rival the features of Apple's FaceTime. The e-readers also have the same amount of storage space as the new iPad at 16 GB.