"Tenth Circle" is filled with holes

When Dante Alighieri wrote his classic novel "The Divine Comedy" about the nine levels of hell, nobody knew where he drew his ideas. The hell created by Dante has long been feared by humanity, who constantly struggle with the idea of the dark pits of an eternity of misery. Yet an ever more torturous experience than Dante's version of hell is enduring Jodi Picoult's "Tenth Circle."

Jodi Picoult, a best selling author, begins her novel on thin ice, with a secondary character. Daniel Stone recalls when his daughter, Beatrice "Trixie" Stone went missing when he was charged with her. The story then jumps almost a decade, to when Trixie is a conflicted high school freshman, who has recently been dumped by her popular junior boyfriend. In order to alleviate her depression, Trixie turns to self-mutilation, while presenting a strong front to the public. 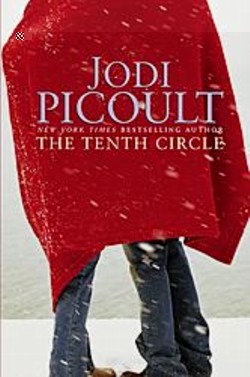 Daniel, a distracted father, does not notice the pain and instead focuses on his job as a comic book artist. His wife Laura is too busy teaching her college course on "The Divine Comedy" to notice the change in her daughter.
But when Trixie returns home one night claiming to have been raped by her ex-boyfriend, the façade falls apart and the family is thrown into their own personal agony.

To put it gently, the novel moves slowly. In fact, with the exception of the story‛s beginning, a legless tortoise could make better progress than the plot of "The Tenth Circle." The novel quickly relapses to a poor man's "he-said"/"she-said" match that drags on far far too long. The rest of the novel continues in such a fashion that even surprising discoveries have minimal impact on the plot.

The novel is not only is slow, but also inaccurate. Daniel, for instance, works for Marvel Comics where he slaves away at an an autobiographical graphic novel entitled "The Tenth Circle" which features a father attempting to rescue his kidnaped daughter from hell. Later in novel, he mentions a time that he, Laura and infant Trixie traveled to the beach during a thunderstorm so that he could sketch the waves, for use in an issue of Ultimate X-Men that focused on the character Storm. And since Trixie is only a freshman in high school in either 2005 or 2006, the beach trip must have taken place in the mid-nineties, more than five years before the Ultimate X-Men series was started.

To the reader, the most interesting part of the novel are the illustrations that feature Daniel's comic and intertwine with the story. Drawn by Dustin Weaver, they are easily the highlight of the novel for the parallels drawn between the main character Duncan's life and Daniels own. Unfortunately, even this grows dull, for anyone can predict what will happen in the art portion of the novel, as it has just been covered in the previous 50 pages of the text.

One of the few redeeming characteristics is its ending, quite simply because it marks the end of this particular hell. For readers who feel obligated to finish what they start, regardless of the quality, they should avoid "The Tenth Circle" and stick to what's guaranteed, like the back of a cereal box or the style section.