The Bay Strikes Back tour packs a big punch

Live music is back and bands are itching to get back on the road. Since pandemic restrictions have lifted, the Silver Spring Fillmore has brought in some big names, including some thrash metal legends. Headlining act Testament joined forces with fellow Bay Area thrash bands Exodus and Death Angel to perform at the Silver Spring Fillmore last Thursday, Sept. 22. All considered members of the “big eight” of the genre (sharing a title with Anthrax, Metallica, Slayer, Megadeath, and Overkill), it would inevitably be a show to remember.

The Bay Strikes Back tour began back in 2020, and is finally coming to its conclusion with this last leg of the tour despite setbacks from COVID-19-related cancellations, illnesses, and the loss of a drummer due to scheduling conflicts.

Death Angel set the bar high with their impressive opening performance. Touring to promote their most recent album, Grammy-nominated Humanicide, the band was able to get people moving despite the smaller crowd and shorter time slot. The band played a healthy mix of older hits from their pre-breakup album The Ultra-Violence and new songs off Humanicide.

Exodus took the stage after a short break. They seemed to be having the time of their lives as they performed, and their enthusiasm was infectious. Lead singer Steve Souza’s piercing shrieks, reminiscent of former AC/DC vocalist Bon Scott, were a highlight.

Despite their old age, Exodus was very energetic and kept the fans happy. They worked the crowd throughout, their passion for performing spreading throughout the audience. Soon enough, everyone was singing along to “Blacklist,” off the album, Tempo of the Damned, which reignited the band’s popularity in 2004.

Souza shared a few sentimental words, remarking on the unprecedented amount of young people in the crowd and his hope for the future of the thrash metal genre. They faked out the crowd with the iconic intro riff from Slayer’s “Raining Blood,” just before opening up the pit for an encore of their 1989 hit “The Toxic Waltz.”

As Exodus’s set concluded, the crowd grew as people attempted to get as close as possible to the barrier to watch The Bay Strikes Back’s headlining act, Testament. They opened with “Rise Up” and started up a call-and-response, with lead vocalist Chuck Billy screaming, “When I say rise up, you say war,” which got the whole crowd going.

The crowd went wild when they heard Testament’s talented guitarist Alex Skolnick play the intro to 1988’s “The New Order,” and from that point on, people were hooked. Touring after the release of their newest album Titans of Creation two years ago, they played more new material than some might have hoped. However, their breakthrough single “Practice What You Preach” did make an appearance, much to the excitement of the crowd. 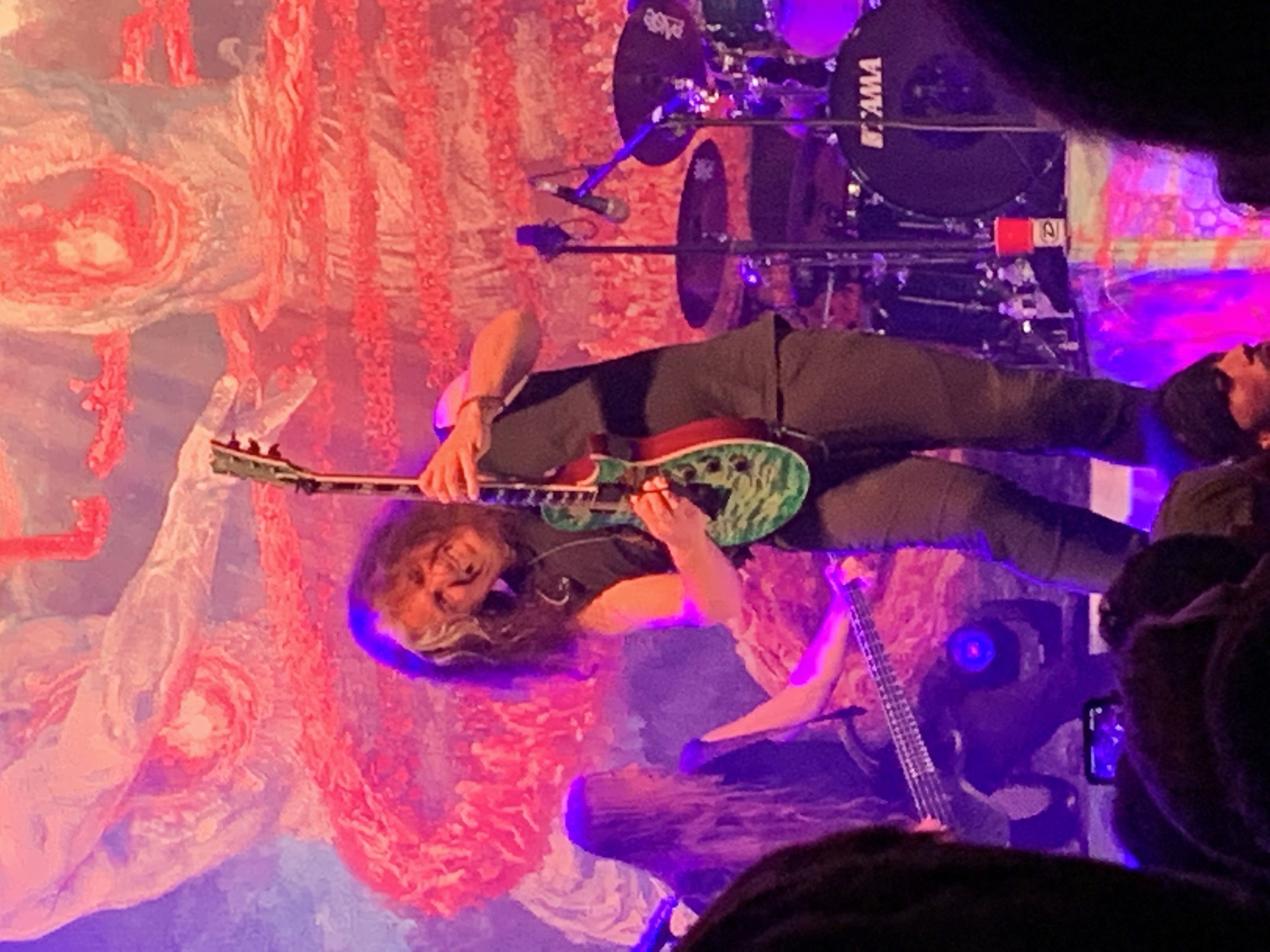 You could hear the music from all the way across the street from the venue, and standing near the speakers it was deafening. It was very bass heavy, which was unfortunate at times as it drowned out some of Skolnick’s impressive playing and iconic lead lines.

In between each song, Billy shared some insight into the writing process and shared some commentary on the song. As a member of the Pomo tribe in California, Billy was especially excited to share “Native Blood,” a track about the prejudice he has faced as a Native American, now that he’s finally back in the U.S. after his time in Europe.

Toward the end of the show, Billy shouted out Dave Lombardo’s impressive drumming and thanked him for coming along with them on the tour. The founding member of Slayer replaced former Testament drummer Gene Hoglan in March. The tour’s rescheduled dates conflicted with Hoglan’s commitments with other bands and rather than reschedule once again, they decided to amicably part ways. Lombardo was a great pick for a replacement as he is considered one of the most influential metal drummers of all time.

Testament concluded their set with “Into the Pit,” another old hit. It was the perfect conclusion to a great show, allowing the audience to let out all their leftover energy before they got in their cars and returned home.

Afterwards, Billy remarked on the unique energy in the Maryland metal scene, stating this was the best show they played the entire tour, matched only with the early show they had played in Baltimore.

The bands all put on an energetic show and the crowd’s enthusiasm was infectious. Since the pandemic, bands are glad to be back and have really brought their all onstage. Their passion for their craft was clear and it showed in their performance. It’s great to be back watching live music, and there’s nothing better than being surrounded by fans who are just as passionate as you.

The Bay Strikes Back tour will conclude on Oct. 15, so check it out if you can.