How the holiday as we know it came to be

After 1492, when Columbus sailed the ocean blue, all of the pilgrims came together with the Native Americans for a feast of friendship, and every year since we've commemorated our partnership with a traditional celebration. Chances are this is the Thanksgiving story you know best, that you've been taught in schools or possibly performed at some point as a child. But that story ignores the much deeper and more intricate parts of Thanksgiving history. The actual holiday part of the Thanksgiving holiday has a more complex background than you might expect.

The Thanksgiving meal was a common tradition in early America, so it's not unlikely that there was a first Thanksgiving meal—but it wasn't the real precursor to Thanksgiving. Little Thanksgiving feasts were a good way to take the time to be thankful. They weren't held once a year, but instead were called from time to time to commend an event or to celebrate American unity. Sometimes they were twice a year or more, and sometimes they weren't announced for several years. They were usually held to emphasize American unity and to encourage national pride. 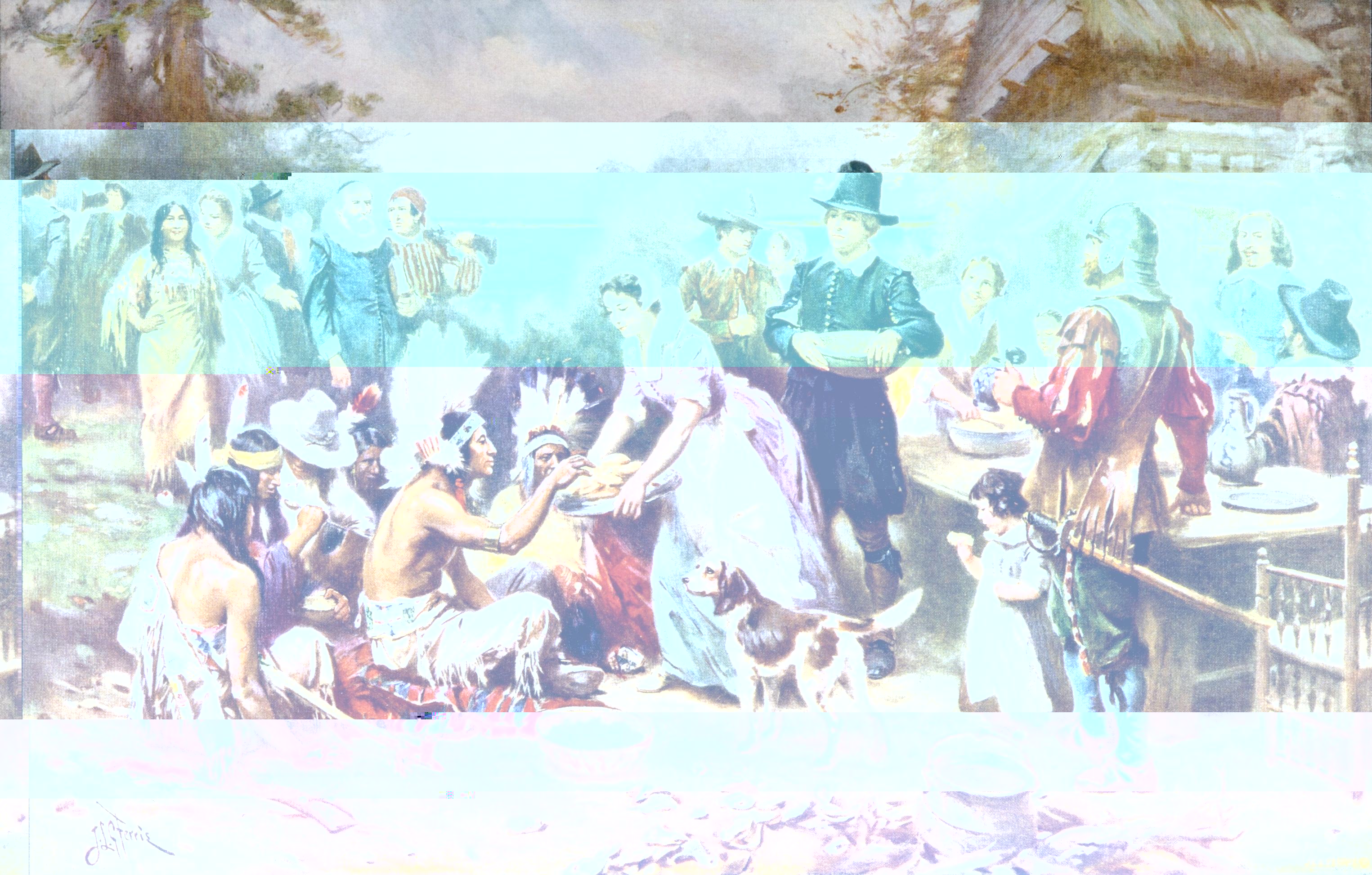 Photo: This 1899 painting showcases what is frequently--and falsely--believed to be the first Thanksgiving dinner.

Photo: This 1899 painting showcases what is frequently--and falsely--believed to be the first Thanksgiving dinner.

But during the Civil War, a woman named Sarah Josepha Hale started to advocate for a national Thanksgiving holiday, and she gained a lot of support from 30 states and two territories. So, after the Union victory at Gettysburg in 1863, then-president Abraham Lincoln decided that there would be a Thanksgiving holiday for the last Thursday of every month. (The tradition of having Thanksgiving on a Thursday originated with the Puritans, who had a harvest festival in the middle of the week so they could thank God and his providence).

Americans kept up the new Thanksgiving tradition for almost a century, with all of the presidents declaring a Thanksgiving on the same date every year—at least, until Franklin Delano Roosevelt came to power. FDR was trying to help his country bounce back from the Great Depression by moving Thanksgiving up a week in 1939, so it could be the fourth Thursday and not the fifth Thursday of November. His idea was that people would then have more time to shop for Christmas things—Christmas decorations and sales before Thanksgiving were considered indecent—and more importantly, marketers would have more time to sell them, which would in theory stimulate the economy.

Naturally, people were horribly offended by this, because that violated the good American tradition of eating disgusting amounts of food and ignoring the racial crimes of our ancestors. So Congress passed a bill that would fix Thanksgiving as the last Thursday of November in 1941. But then the Senate decided that it should be the fourth Thursday of November, which would make it sometimes the last and sometimes the second to last. Though this was signed into law, some states continued to observe the last Thursday date.

Other than the actual day of Thanksgiving, Thanksgiving traditions have morphed and evolved over the years as well. Among the wide array of sometimes strange Thanksgiving traditions are wide-spread, very intense raffles, costume parades and "ragamuffin parades" in which children go about dressed as street urchins. The tradition of pardoning the presidential Thanksgiving turkey continues. John F. Kennedy was the first to keep the turkey alive, and Reagan was the first to make its pardon presidential. Now, there's even a backup turkey in case something happens to the real presidential turkey, just so that our spirit of goodwill towards turkeys is absolutely clear.

The next time you sit down at your Thanksgiving table, think about the real reason you're there-- economic benefits, morale boosting and Puritan traditions. But that doesn't mean that you can't respect the ideals that set it into motion and the goodwill intended, so be thankful for what you have and take the time to remember those who have not.