Thanksgiving songs are the fruitcake of music

The obscure Thanksgiving genre is the reason people hop to Christmas music right after Halloween.

"If someone plays Christmas music on Halloween, I'm egging their house. I mean I'm going to roast them. Whether or not it's done in egg form, is up to me," junior Luka Smith says. There is a general consensus that Christmas melodies have no place in our playlists before Halloween.

However, after Halloween, we seem to shift gears directly into Christmas season. We turn to our Christmas playlists, pull out our Santa hats, and start putting up decorations throughout our houses. But in all this excitement, we forget about one thing: Thanksgiving.

Have you ever tried to find Thanksgiving music so you won’t be judged for listening to Christmas music? Because I'll save you the effort: Good Thanksgiving music really doesn't exist. Yes, you'll find a couple songs here and there about giving thanks, but there is no alternative to the real thing. The attempts by people singing about turkey are truly laughable.

Junior Coltin Chao agrees. "Pandora has a [playlist] for Thanksgiving music and its terrible. I listened to one song and stopped. Thanksgiving music is a thing that sort of exists but really shouldn't," Chao says. This valiant effort to get into the Thanksgiving spirit is noble, but has little reward. 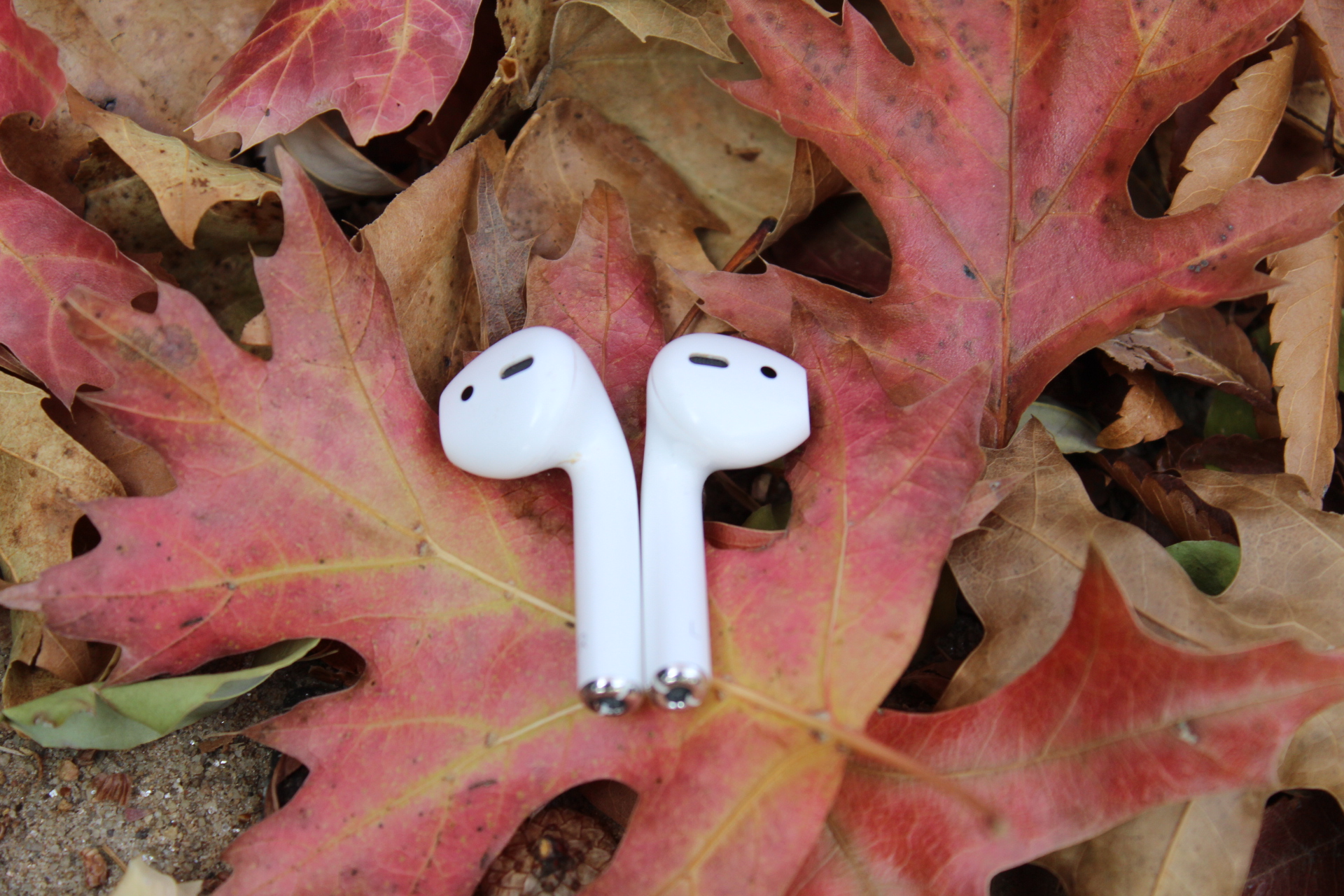 Photo: Blazers are definitely not listening to Thanksgiving music this holiday season (courtesy of Nathalie Molina).

Photo: Blazers are definitely not listening to Thanksgiving music this holiday season (courtesy of Nathalie Molina).

Below are a few songs that you can consider adding to your holiday playlist. They may not be top notch, but they’ll be sure to give a quick laugh or just a brief reminder that Thanksgiving is coming up soon.

When I asked Blazers if they had heard any Thanksgiving songs, this is the only one that occasionally came up. It’s a song about turkey and all the words that rhyme with turkey. Sandler originally performed the song on Saturday Night Live in 1992. He sang the tune in a high falsetto voice and can be seen stifling giggles as he sings the hilariously absurd lyrics. From a musical standpoint, it’s obviously a joke. But it’s a memorable one.

“Thank U, Next” by Ariana Grande

The second song Blazers were quick to mention, probably because of the fact that the title contained the word “thank” was “Thank U, Next.” The song is widely known as a breakup anthem, which has absolutely no relation to Thanksgiving. Grande sings about all her ex-boyfriends and the realizations she's had in the aftermaths of those relationships. But if this song somehow reminds you of Thanksgiving, by all means go ahead and give it a listen.

“Macy’s Day Parade” is Billie Joe Armstrong's commentary on commercialism, and how people focus too much on the material things (Macy's sponsors an annual Thanksgiving Day parade in the US). The song explains that he craves something, but it's not material; all he wants is hope in his life. It brings the core values of Thanksgiving to the forefront.

“We are Family” by Sister Sledge

Sure, this song is technically not about Thanksgiving. But “Let it Snow” is not technically about Christmas either. “We are Family” is a celebration of family and togetherness. The chorus and the title reference the fact that the group are the four sisters of a family.The song has since gone on to be used as a general expression of solidarity. Thanksgiving is a time to celebrate with family, so it makes sense for this song to make a greater appearance in the holiday season.

“I’ve Got Plenty to be Thankful For” by Bing Crosby

This is the tip of the iceberg of songs about thankfulness. Thanksgiving, as obvious by its name, is about giving thanks. So what better than songs that follow this theme? The truth is they’re not memorable. Crosby sings about how he is grateful for what he has, even though he doesn’t have much. Its a wholesome tale, but one that has been told countless times and has lost originality. Its worth a listen, but not much more than that.

Cash, an old and trusty country music favorite, gives yet another perspective on being grateful. He sings of cursing his aching feet and measly pay. But then corrects his tune, remembering that he's really doing fine despite his troubles. Giving thanks for these simple gifts is so important during the busy holiday season.

As you’ve likely realized, these songs can’t even begin to compare to the endless productions of Christmas. Until songwriters start to focus on Thanksgiving day, it makes sense for anyone and everyone to jump right into the Christmas season. This doesn’t mean that Thanksgiving should be forgotten, but its music definitely should be left behind.