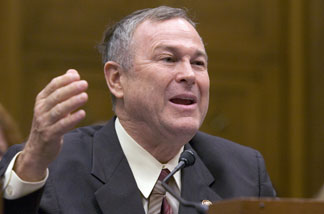 Photo: California's Republican Congressman, Dana Rohrabacher, is proposing that the U.S. cut all aid to Pakistan.

Photo: California's Republican Congressman, Dana Rohrabacher, is proposing that the U.S. cut all aid to Pakistan.

On May 1, U.S. military operatives killed Osama bin Laden in his house in Abbottabad, a city in Pakistan near the center of operations for the Pakistani military. But the mechanics of bin Laden's death have proven to be problematic for both the U.S. and Pakistan. Pakistan looks either incompetent or pro-terrorist for allowing bin Laden to live so close to their military center, and the U.S. looks mistrustful of Pakistan for conducting the operation to kill Osama without so much as notifying the Pakistani government.

Tensions have been bubbling over as questions arise about Pakistan's commitment to the fight against terrorism and have elicited a confrontational response from the American government on behalf of Congressman Dana Rohrabacher, who has drafted a bill proposing that the U.S. withdraw all of its aid to Pakistan. Rohrabacher's bill cited the finding of bin Laden in a prominent location, Pakistan's alleged ties to terrorist groups - such as the Haqqani organization - the suspect activities of Pakistan's Inter-Services Intelligence (ISI) and Pakistan's budding relationship with China as reasons for cutting aid. While introducing the bill, Rohrabacher said, "We can no longer afford this foolishness." Yet considering America's largely negative image in the Middle East, can we really afford to cut ties with an ally, even a questionable one?

Without a doubt, Pakistan's government has its fair share of problems. It repeatedly denied the possibility that bin Laden was hiding in Pakistan, and its embarrassment of being proved wrong was compounded when the U.S. charged into the country. Worse yet, it is believed that Al Qaeda's number two man and many other Taliban leaders are currently living in Pakistan without interference from the government. But as global security nonprofit cofounder Michael Krepon wrote, "It is far more convenient and popular for Pakistani politicians to rail against U.S. drone strikes than against extensive Muslim-on-Muslim violence within their country." America may not be loved in Pakistan, but ending our aid there is only going to increase the terrorism that already exists in the area. 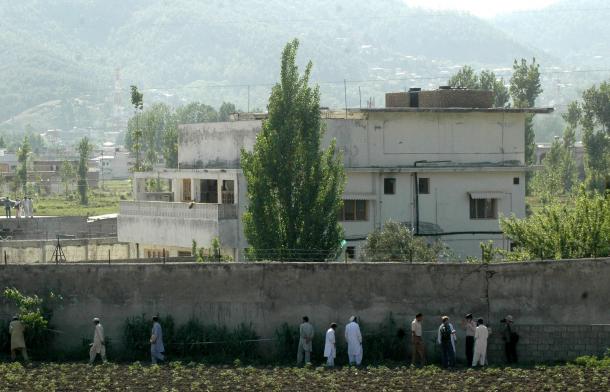 Photo: Osama bin Laden was killed in this compound in Abbottabad, Pakistan, where he had been staying.

Photo: Osama bin Laden was killed in this compound in Abbottabad, Pakistan, where he had been staying.

The U.S. may not be winning any popularity contests in Pakistan, but cutting aid will only damage the bond between the two countries. If the American government stops giving aid, the chances of keeping Pakistan from harboring terrorists will virtually disappear. Ending the U.S.-Pakistan relationship, however strained it may be now, will remove the U.S.'s ability to negotiate effectively with the Pakistani government. Aid is more or less the channel through which we are able to connect to Pakistan, and taking it away could create even more volatile situations in terms of extremism in the area.

Despite what politicians may say about the problems in Pakistan's government, the fact remains that the Pakistani people are in need of help. The floods in 2010 worsened the economic situation in a country where more than a quarter of the population was already living in poverty. In addition, while approximately one-third of America's aid to Pakistan is humanitarian, the rest is military. Shifting the balance of humanitarian and military aid is a viable option – made more viable still because 67 percent of Pakistanis oppose the U.S. operating on Pakistani soil, according to an Al Jazeera poll – but cutting the humanitarian aid is not. The American-Pakistani relationship has been fraught with suspicion and contention, but cutting off Pakistan from important American aid will further destabilize Pakistan, allowing extremist groups even more freedom.

While frustration with Pakistan's government, especially in light of Osama bin Laden's discovery and death, is understandable, a harsh American reaction will only worsen the relationship and create more tension. By cutting aid, America would surrender all of its influence on a nation that already has a negative opinion of it. The most important objective should be to promote stability and democracy in Pakistan. America has a responsibility to help its smaller allies, and this responsibility does not end when the situation gets complicated.