Although "The Apparition" brings the recognizable Tom Felton onto the big screen, you will also wish you had a portkey from the "Harry Potter" set so you can apparate away from this terrible movie. In fact, the two-minute trailer of "The Apparition," directed by Todd Lincoln, can deceive moviegoers into watching a poorly done, cheap knock-off of "Paranormal Activity."

The first thing amiss about this film is that it never builds any suspense with its convoluted story and shoddy screenwriting. Its premise of a rift opening between the real world and the spirit world takes too long to set up and it comes off as scientific jargon that is too esoteric for the audience to comprehend. Because the plot is so difficult to explain, the film shifts focus away from the character development which as a result contributes to an overall lackluster performance from the cast. Felton's role as Patrick, for example, solely serves as a way to inform the couple and audience about the demon and how it was conjured. Compared to his portrayal of Draco Malfoy in the "Harry Potter" series, Felton lacks any ounce of passion in his role as his acting consists of monotone rants that only further obfuscate the plot. Guill's role as Lydia is also written horribly, as her character is taken away within the first few minutes without the audience knowing much about her. The audience feels no sympathy for Lydia due to the lack of character development and thus, they have little to no interest to see the outcome of her character later on. Unlike "Paranormal Activity," "The Apparition" fails to establish a crucial element that should obvious in a horror films: suspense.

The fright scenes do not particularly stand out well in this movie either as all the good scares are spoiled in the trailer. Aside from the few scenes mentioned in the trailer, the demon's attempts at a scare are juvenile and unimpressive. The house lights flickering, furniture moving and some mold growing does little to frighten the audience. The mold looks more vomit inducing than scary. However, the attention to detail in the mold and when the characters are being directly tortured by the demon is commendable. A lot of scenes have the potential to be really frightening, but the scenes are so short and the minimal effect it has on the characters are laughable. 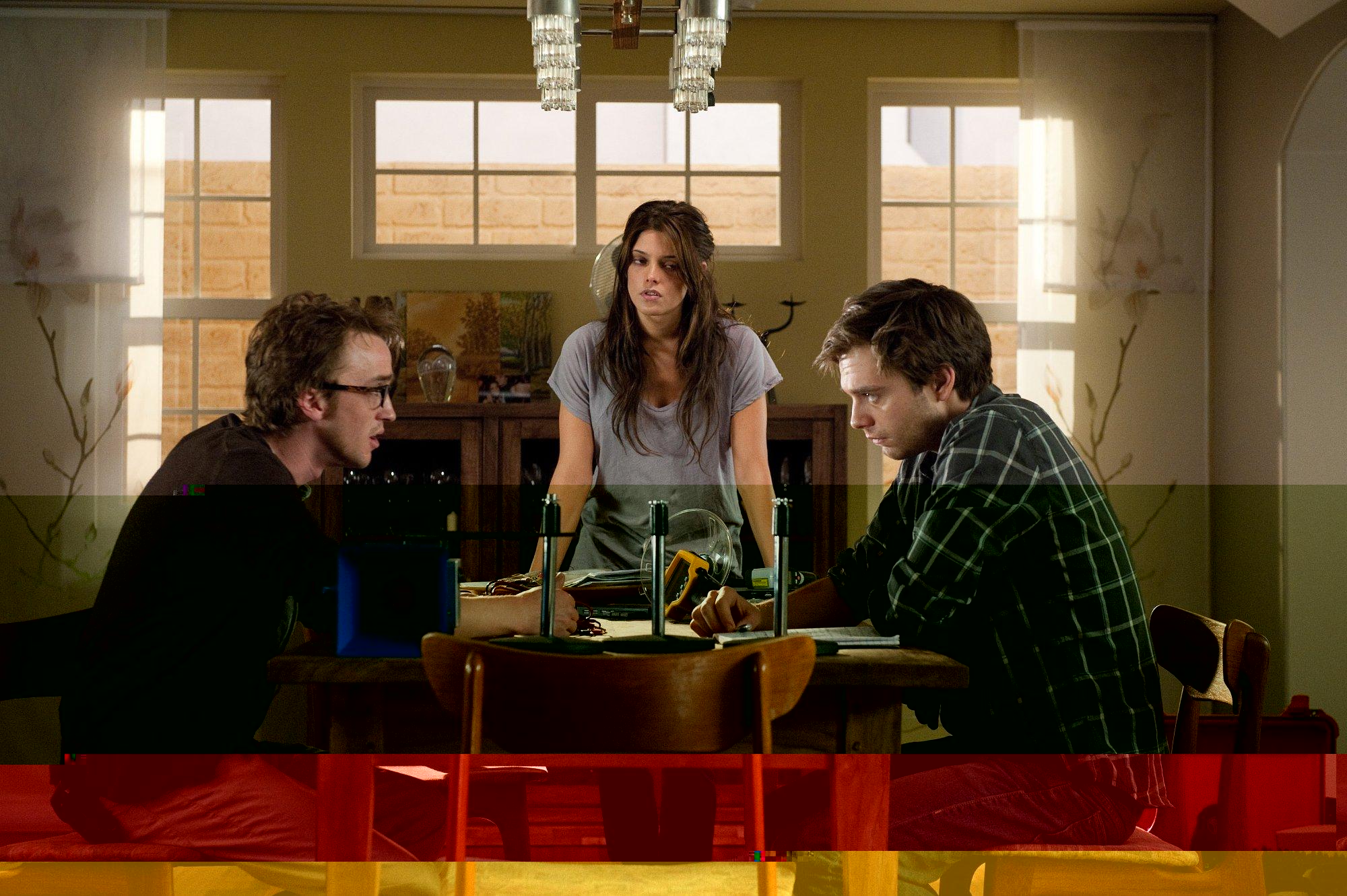 As the couple feels that they're haunted, Stan's character Ben installs a few security cameras, much like "Paranormal Activity." The camera work for the security cameras adds a more realistic feel as it tries to come off as being "found footage," but the audience sees little evidence of the demon and all the cameras are quickly broken. If the security cameras had remained on like in "Paranormal Activity", observing the demon's increasingly haunting presence on the characters in the film would have built up the suspense towards a thrilling and jaw-dropping climax.

In the midst of these fright scenes, the film continues to interest the audience as little as possible with its horrible screenwriting. Stan's character, for example, is written as a recluse that says very little about anything that furthers the plot. Stan's best acting is when he is being directly attacked by the demon or is trying to protect Kelly. Stan portrays the character Ben well by keeping the same heavy eyes and angry expression, but because his role doesn't seem to have a clear objective, the audience will not be invested in his story.

However, it is not completely the lack of convincing acting that makes the characters unrealistic; much of the story's scripted dialogue sounds awkward and forced. Kelly comically warns Ben, "Watch out for spiders," when Ben is going to investigate the bottom of the house as if the movie wasn't taking itself seriously.

Ironically, the most iconic thing about this film that makes it stand out amongst all other horror movies is the lackluster acting, fright scenes and plot. If, however, you could remember them. The fact that this is Todd Lincoln's first time directing a movie may explain why "The Apparition" seems so amateur. Save your money unless you want to see an awkward, rushed, overly scientific, wimpy version of "Paranormal Activity." The trailer has a better story than the movie itself.

"The Apparition" (82 minutes) is rated PG-13 for terror, frightening images and some sensuality. Now playing at theaters everywhere.