The movie's narration by a dog falls short of successful

Show, don't tell. The elementary adage from English class shines through in the new film The Art of Racing in the Rain. A movie told from a dog's point of view— prior to walking into the theater, the premise already prompts skepticism. The idea seems to limit opportunities for cinematic intricacies such as character development and nuanced interactions. Watching the movie confirmed those speculations: it lacked depth, as expected. 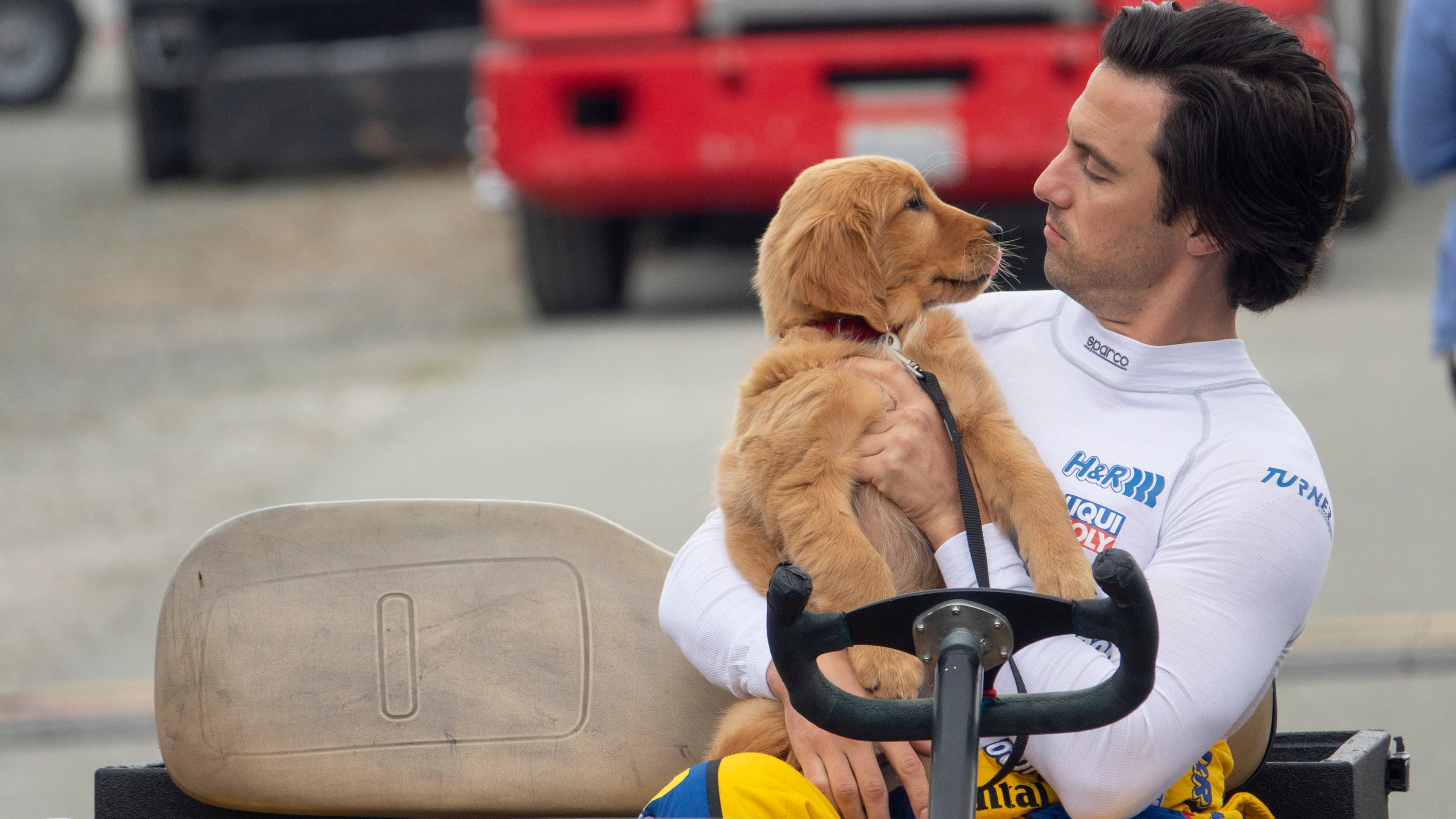 Directed by Simon Curtis, The Art of Racing in the Rain tells the story of Denny (Milo Ventimiglia), an aspiring Formula 1 race car driver, and his faithful sidekick Enzo (Kevin Costner). Together, they battle the obstacles that life hurls in their direction, from staying motivated in the racing industry to struggling to keep a family together. Enzo, a lab-terrier mix, sticks by Denny as he builds relationships with his girlfriend-turned-wife Eve (Amanda Seyfried) and their daughter Zoe (Ryan Kiera Armstrong).

Starting off on an odd foot, the opening scene depicts a dejected dog wetting himself on the doormat. Enzo's raspy, middle-aged voice rises from the darkness of the screen. The monotony blossoms as Enzo narrates his life story, from his adoption until Denny and Eve are mid-marriage and the main plot finally begins. The movie's storytelling is left to Enzo's narration, though some dialogue is interspersed through the scenes. As a result, the audience is left to watch the action from the sidelines.

The best scenes found Enzo's thoughts taking a backseat to the main plot of the movie. But the brief moments of dialogue and the tension subtly bubbling between characters were too few, and the movie inevitably returned to Enzo's limited perspective and prevented the natural unfolding of events.

There were also times when Enzo's point of view seemed to be a convenient excuse to avoid filming extra scenes, especially emotional ones. Spoiler alert: Eve develops a cancerous brain tumor and spends months in the hospital, but we never get to see her deterioration or the anguishing interactions that may have occurred there.

While Enzo's perspective is limiting, his personality successfully embodied that of a spirited and trusting pet. He longs for a human tongue to voice his ideas and human thumbs to hold the wheel of a race car. Ultimately, he seeks to serve his purpose as a dog in a variety of comedic ways.

The development of the other characters' personalities left much to be appreciated as well. The determined and deeply-caring Denny juggles investing time in his competitive career and supporting his family. The even stronger Eve, battling disease at home, shows Denny a resilient face to prevent him from sacrificing his dream. Even the turbulent dynamic between Eve's parents, who are terse toward Denny, unravels as Eve's mother learns to stand up to her husband's lies.

The telling of this story as opposed to its "showing" had evident disadvantages, but The Art of Racing in the Rain was still a pleasant viewing overall. Curtis does a superb job of developing the audience's relationship to each character, creating genuine and heartfelt reactions for their losses.

“The Art of Racing in the Rain” is rated PG for thematic material and is playing at AMC Wheaton Mall 9 and ArcLight Cinemas Bethesda.