Proposed bills will help the environment

Last Tuesday, D.C. Council member Tommy Wells introduced a proposal that, if passed, would charge shoppers five cents for each plastic and paper bag they use from grocery stores, convenience stores and other businesses in D.C. The bill, called the Anacostia River Cleanup and Protection Act of 2009, aims to raise money to clean and restore the Anacostia River and dissuade the use of new bags. The state of Maryland also has introduced similar legislation, called the Chesapeake Bay Consumer Choice Act of 2009, which will be heard in two weeks. 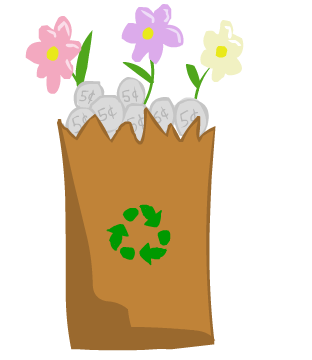 Though the proposed legislation may seem harsh and unfair to the public, it has not been the first of its kind. Two years ago, San Francisco placed a ban on all plastic bags. The city council of Seattle introduced a proposal for a 20-cent bag fee as well, which will go before voters this August. A mayor in New York has also inserted a similar five-cent fee on plastic bags. Like these initiatives, the D.C. proposal is clearly intended for both the good of the environment and the well-being of society.

Plastic bags are the single largest component of trash found in the Anacostia River and its tributaries, according to a study by the Anacostia Watershed Society this year. Although they are not directly thrown in the river, the bags eventually end up there after winds, rains and storms. A report by the D.C. Department of the Environment stated that the bags contribute to 85 percent of the waste in the Anacostia, and that a fee could "effectively remove 47 percent of the trash from tributaries and 21 percent from the main stem of the river."

The five-cent tax on shopping bags would alter the attitude and behavior of the public in a beneficial way. Similar to an excise tax, the bag tax would dissuade consumers from using unnecessary bags at stores and instead, encourage them to reuse those from home. A tax on plastic grocery bags in Ireland a few years ago has already resulted in a 90 percent reduction in use. It is not a question of whether or not the tax works; rather, it is a question of when D.C. and Maryland will follow in Ireland's and other states' footsteps.

Some may argue that in such drastic economic times, an extra five cents is a serious burden on the food bill of those who can least afford it. However, Well's proposal removes this financial burden on the poor as it plans on distributing free bags to low-income residents. In essence, the bag tax is a win-win situation. Those that are aware of the impact that human consumption has on the environment will help protect it by reusing shopping bags. Those that do not want to bring shopping bags with them will simply pay a small tax, two to three cents of which will aid in restoring the Anacostia River. And those that cannot afford the tax are given free bags for reuse, which again prevents the deterioration of the environment.

Well's proposal to impose a tax on both plastic and paper bags in D.C. will bring in revenue to restore the Anacostia River and will enhance public awareness of environmental protection. An effective, inexpensive plan and a model for the rest of the Maryland region to follow, the Anacostia River Cleanup and Protection Act of 2009 - now only waiting for the signature of the mayor and the approval of the U.S. Congress - is another step to a greener world.