The biggest CATastrophe of the decade

Ever since the release of its controversial and rather disturbing trailer, “Cats” has been one of the most long-awaited films to hit the box office. As it turns out, the trailer was spot on as to what to expect during the movie: uncomfortably naked human-cats, inconsistent CGI and a whole lot of misplaced cat mannerisms.

The film opens when a new cat named Victoria (Francesca Hayward) gets plopped into the world of the “Jellicle” cats. In this world, a Jellicle ball is held once a year. There, each cat sings a song for a chance at a new life. Old Deutoronomy (Judi Dench) then chooses the “Jellicle choice” cat that will drift off into the Heaviside layer (heaven) to become reborn. Macavity (Idris Elba), one of the cats, tries to kidnap the other cats to secure his own spot into the Heaviside layer.

The entire film is just an awkward mash-up of solo dances and songs performed by each of the Jellicle contestants. As Victoria is introduced to the members of the Jellicle clan, each cat gets a 10-minute solo introducing themselves and complaining about their circumstances.

The movie is based on the “Cats” musical, the longest running London and Broadway production. The “one song per cat” idea may play well in a musical, but it definitely does not translate smoothly onto the big screen. The whole movie feels like a big “wait for it” moment with no satisfying resolution. 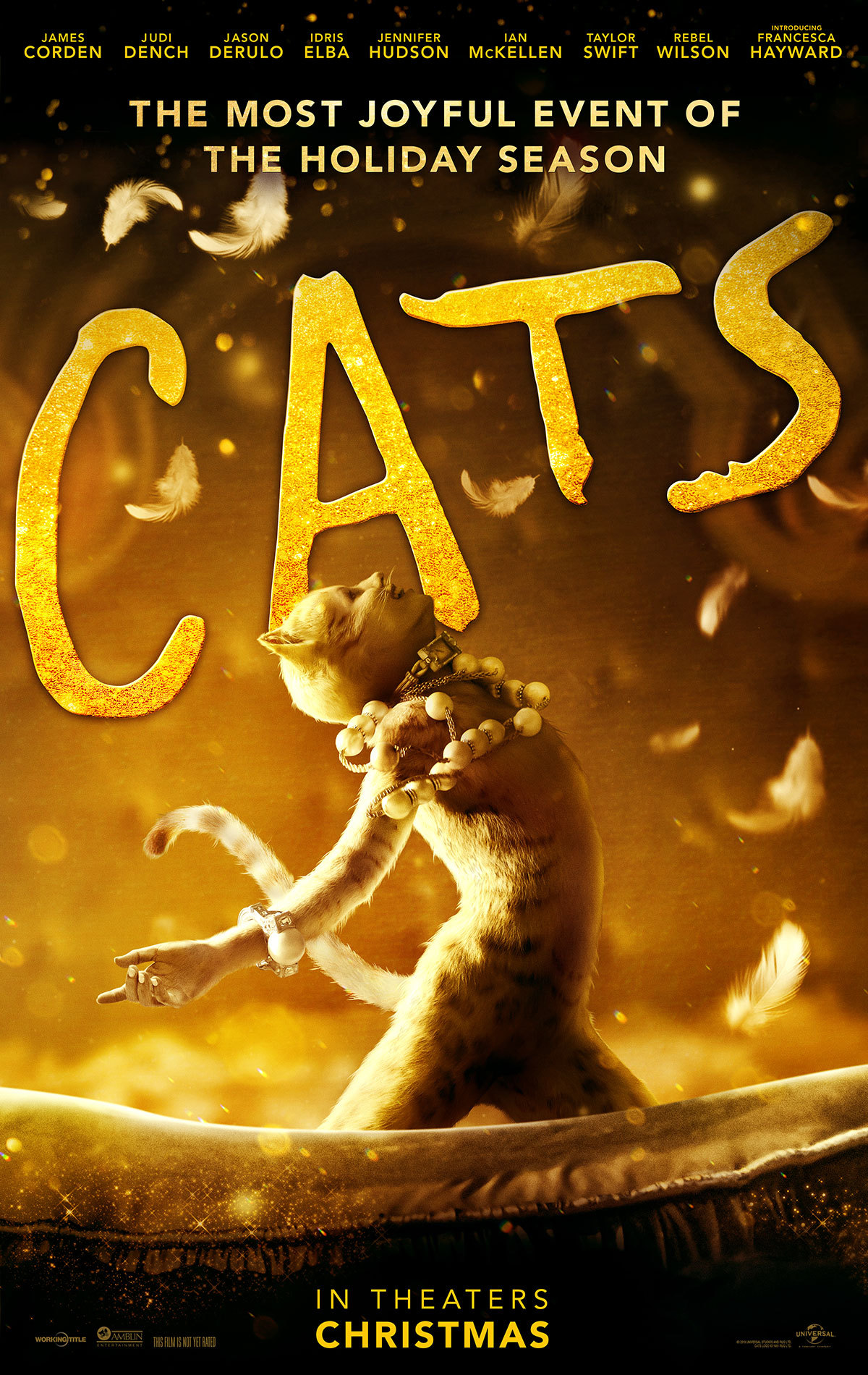 Photo: Cats is one of the most disturbing films to hit the box office (courtesy of Universal Pictures).

Photo: Cats is one of the most disturbing films to hit the box office (courtesy of Universal Pictures).

“Cats” just seems like an excuse for director Tom Hooper to put together 15 A-list singing celebrities and market it as “the biggest Christmas movie of the year.”Granted, the vocals were amazing. Rum Tum Tugger (Jason Derulo) and Bombalurina (Taylor Swift) performed amazing riffs and catchy title tracks. But even that was overshadowed by the weak plot, leaving viewers wondering when each song-dance combo would end.

One of the only noteworthy performances of the whole movie was Grizabella’s (Jennifer Hudson) solo about becoming a shunned Jellicle cat. The song was filled with heart-felt emotion, and it is the only song that shows the glimmer of talent that the audience expected throughout the entire movie.

However, the movie uncomfortably replaces humans actions with cat mannerisms. Instead of hugging, for example, the human-faced, cat-bodied creatures rub on top of each other and purr unnecessarily loudly. Instead of kissing, the cats rub cheeks for an absurdly long time. The whole movie was just one step away from becoming a “not kid-friendly" movie.

In fact, uncomfortable seemed to be the name of the game. It’s evident that the director and producer actually tried to make a serious movie instead of a lighthearted comedy yet failed. The combination of cat movements and human characteristics produced an eerie sensation that made many squirm.

The elephant in the room, and perhaps the most disturbing aspect of the film, is the CGI. Because the shape of the human body is still displayed in each cat, they seem like naked people covered in fur. The whole approach to creating a hybrid of human and cat was wildly inappropriate, especially when Jennyanydots (Rebel Wilson) was spreading her legs for half the movie. It was quite nauseating.

Besides physical appearance, the CGI work was also very sloppy. In many scenes, the cats’ fingers and hands were very much human, and the producers did not even attempt to blend them into the cat bodies. In fact, in numerous scenes, Judi Dench still has her wedding ring on her finger. There were also scenes where the cats’ fur was questionably smooth, almost reminiscent of overusing the smoothing tool in Photoshop.

“Cats” was everything we expected and worse. The addition of celebrities like James Corden and Taylor Swift sadly could not save the movie. If you want a film that will make you want to claw your eyes out, this is it. Otherwise, save the torture for another time.

“Cats” is rated PG for some rude and suggestive humor and is playing at Regal Majestic & IMAX and ArcLight Cinemas Bethesda.