What we can do to increase diversity in Blair's magnet programs

"You just got in because you're black."

Magnet programs around the country have received criticism from students, parents and their communities for their lack of diversity. Blair's two accelerated programs, the Math, Science and Computer Science Magnet and the Communication Arts Program (CAP), are no exception, despite making many sincere efforts to improve the demographic ratios. For those who do not fit the magnet program archetype (upper/middle class, white or Asian), there can be an overwhelming feeling of isolation and inferiority that turns the otherwise brilliant intellectual hubs into hostile environments. Blair prides itself on two things: being one of the most diverse schools in the country and its impressive magnet programs. But in many ways, its two main identifiers never meet.

For black junior Zachary Williams, joining the Magnet program was an obvious choice, as he enjoys the topics that the program focuses on. "I just love being in accelerated classes for subjects I actually care about," he says. "I am genuinely interested in the classes I'm taking now, and we are able to learn a lot more at this pace." Mexican-American junior Sofia Sandoval recounts a similar interest in CAP's humanities coursework. "I joined because I thought CAP had classes that were relevant to my interests, like acting, filmmaking and writing," she says.

However, Williams, Sandoval and students of similar racial backgrounds have faced assumptions and discrimination due to their race. "I feel that in the Magnet you have to prove yourself if you're a black kid, or else people will kind of disrespect you," Williams says. "The first time I met some people they definitely thought I wasn't smart even if they never saw my grades." Sandoval has also faced unwanted assumptions and passive-aggressive comments about her ethnicity. "Once people know my father is Mexican, they're always surprised when they find out he's a journalist," she says. "It's like they expected him to be a gardener or something." 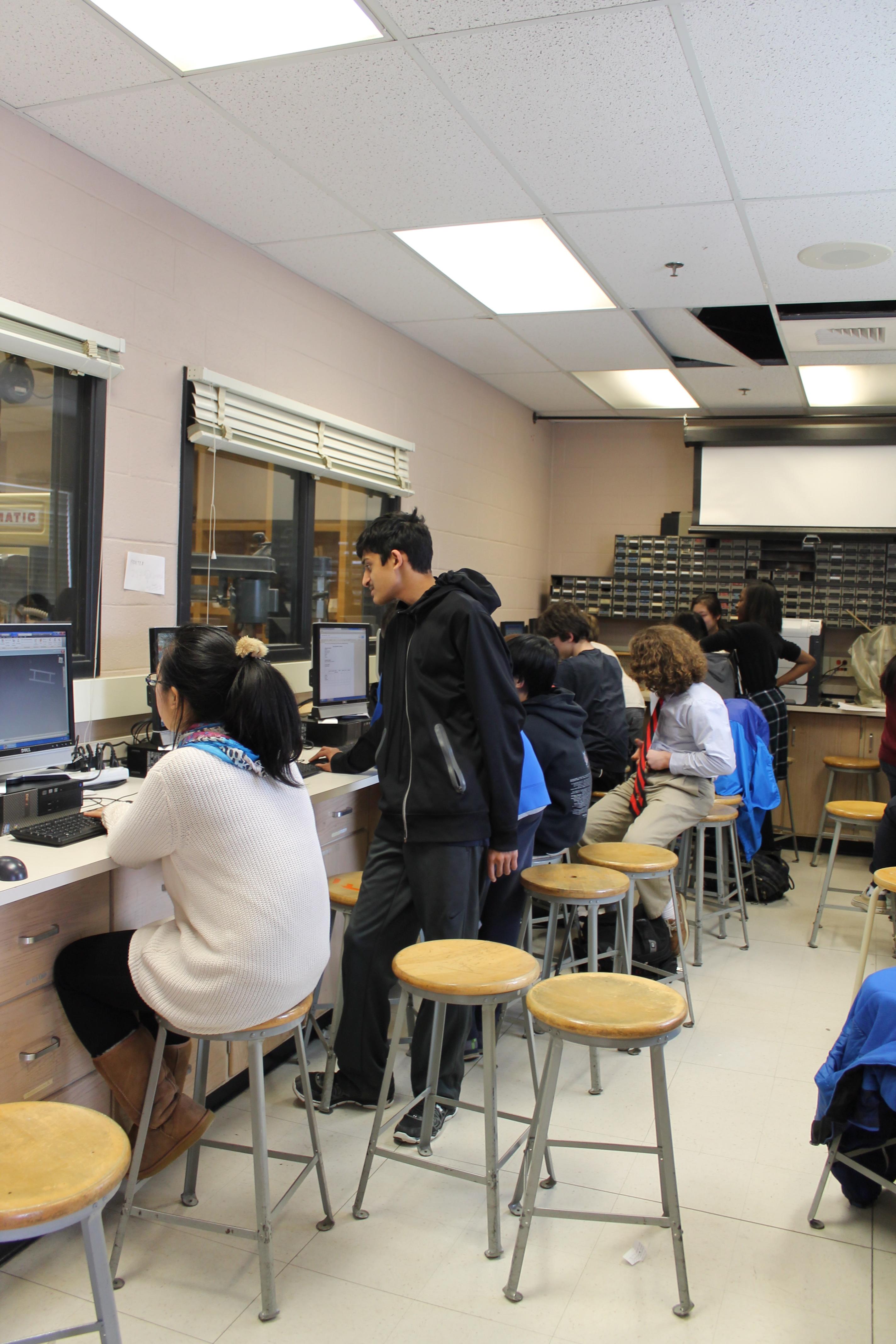 Possibly the most prevalent assumption black and Latin@ students face is the idea that they got into the program solely due to their race, rather than their achievements and merit. "When I first joined the Blair magnet I was often treated like I only got in because I'm black," Williams says. "People have actually told me that to my face." Similarly, black Magnet freshman Bogba Gang recalls many students inside and outside the program assuming he was not in an accelerated program because of his race. "People outside the Magnet don't really believe I am in the Magnet," Gang says. "There is an assumption that I'm not smart enough to get in." The most surprising part of this assumption? The Magnet and CAP selection processes are race-blind. Everyone in the programs is there because of merit. "No one's in our program because of race, and no one's not in our program because of race," Magnet and CAP administrator Peter Ostrander says.

These assumptions often result in an internalized sense of inferiority. Magnet senior Danayt Alem recalls harboring negative sentiments towards herself. "No one else really isolates me due to my race as much as I isolate myself," she says. "I feel a little secluded knowing that there are so few African American students in the program." Williams has felt similarly throughout his time in the program. "I thought I wasn't as smart as anyone else and I'm only here because I'm black," Williams says. "Looking around and seeing you are the only black kid in a classroom really helps that feeling develop."

The Magnet and CAP administrators have been working towards increasing diversity in the programs. Ostrander, for instance, works to encourage middle school students around the county to develop an interest in science, technology, engineering and math (STEM). "We've partnered in the past with George B. Thomas Learning Academy, who has a Young Scholars Program on the weekends for middle-schoolers," he says. "We try to support the school system's efforts in making sure that all talented students are given proper instruction before heading to high school and making sure that for students who have academic talents, those talents are being nurtured."

When a rumor about a CAP racial quota reached program coordinator Anne Cullen's attention, she decided to address the issue promptly with a series of diversity workshops that eventually became a part of the 9th grade curriculum. "Our goal was to figure out what we can do to foster a sense of inclusion and dispel the myth," Cullen says. "We also partnered with the Anti-Defamation League and ran workshops to address issues unique to people in the program as well as have a dialogue." Another method by which Cullen attempts to increase minority enrollment is through reaching out to minority students in feeder middle schools. According to Cullen, a major issue is that not enough minorities know about the program or understand what the program is about. As a result, the application pool isn't diverse, leading to a less diverse program. "The only way they can get in is if they apply, and in order to apply they must know about us," Cullen says. "So I also work in tandem with school's guidance counselors to seek minority talent."

Students in the Magnet and CAP programs have been considering possible ways to decrease the racial gap in their programs. Alem believes that the programs should do more to recruit students of different backgrounds. "We should try to help out kids from schools who don't typically go to Blair," Alem says. "People volunteer for a science tutoring program at Takoma and that's a good idea, but we should spread out into schools that don't feed into Blair already." Williams believes hiring more minority teachers will make the programs more comfortable for black and Latin@ students. "We should definitely hire more minority teachers in the Magnet," he says. "I think that can change the negative atmosphere by changing students' views on minorities in STEM." Ostrander believes that in order to ensure minority success and entrance into the programs, they must be offered more opportunities and a strong foundation. "The biggest thing is to improve everyone's preparation so they can get here," Ostrander said "We feel that if everyone is equally prepared, we're going to see more diversity in terms of race."

The movement to increase diversity further has been a priority for both CAP and Magnet programs. However, finding a balance is difficult. The programs have been making strides in the last few years towards increasing diversity, such as reaching out more to middle schools and fostering a sense of inclusion among students. Despite this, both the students and administrators understand there is a long way to go to make black and latin@ students feel more comfortable in the magnet environment.

Got ideas on how to improve diversity in Blair's magnet programs? Let us know in the comments.