Have you ever experienced loving a song for two hot seconds, until you hear it every time you turn on the radio? If the answer is yes (and it is), you have had something called an earworm. 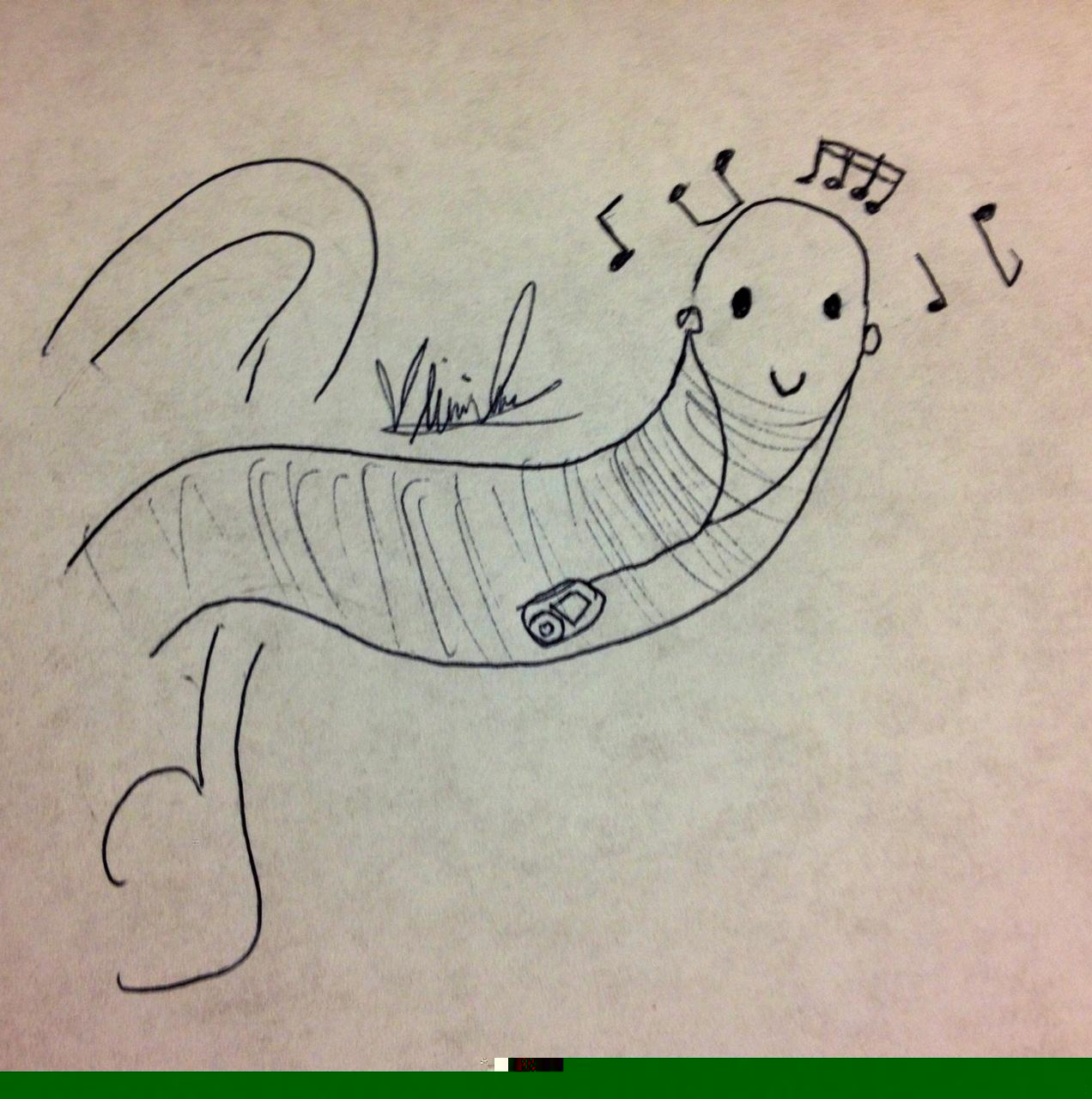 Photo: If you've ever had an earworm, you're not alone.

Photo: If you've ever had an earworm, you're not alone. Photo courtesy of Vivienne Chen.

Earworm (noun): an annoying but catchy song that is generally overplayed on the radio and gets stuck in your head for weeks at a time.

Songs that are part of the top 40 seem to be all that are played on the radio nowadays. You could turn on the radio in the morning and hear a song twice on the way to school. Then, you could turn it on in the afternoon and hear the same song. Then that happens again the next day, two days later and for the rest of eternity as it seems.

Taylor Swift is known as the queen of country, but she should really be known as the queen of earworms. Swift has a history of songs that are popular for a week that end up driving people nuts. For example, "Teardrops on My Guitar," "Love Story," "You Belong With Me" and most recently "I Knew You Were Trouble." Her songs are catchy and enticing, but they are way overplayed and get irritating soon after they are released.

Ke$ha also has a shady past when it comes to stupid, overly-popular-for-some-reason songs. Her journey through the Island of Beguiling Songs began with "Tik-Tok" leading the way and it was all downhill from there. Most recently, Ke$ha has had similarly dull songs such as "Die Young," which, like Swift's work, quickly became overplayed. Other earworm artists include Britney Spears, Kelly Clarkson, Flo Rida, Bruno Mars, Fun and Pitbull. But they should not "dale," as Pitbull says—they should really just stop.

The same concept applies to internet hits, which in some cases become popular on the radio as well. Psy's "Gangnam Style" was likable and amusing at first, but after two weeks it got to be way too much. Also, Rebecca Black's "Friday" was a hit for a little bit, but Youtubers grew tired of her and her music too quickly. Similarly, "The Harlem Shake" became popular in the past two weeks and is already getting old.

The bottom line is good songs are ruined too quickly and easily by the simple fact that they are overplayed. It is hard to avoid overplayed songs, so we understand and share your frustration with this can of worms.