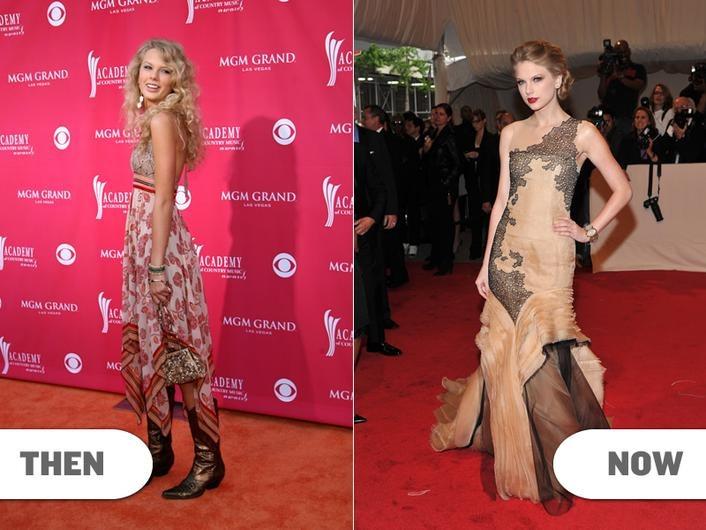 Photo: Taylor Swift has changed a lot since she was 16, and it shows in her music.

Photo: Taylor Swift has changed a lot since she was 16, and it shows in her music. Photo courtesy of gactv.com.

There is no set definition of a country song, nor is there one for a pop song. But everyone can tell the difference between the two when they hear it. Listening to Taylor Swift's new album "Red," which was released this past Monday, you cannot help but reminisce about her previous songs and self.

Originally more of a country singer, Swift's songs have become more pop-like recently. Some songs from her new album sound like her old country-singer-self, a couple sound like songs you would hear on playing on the 'top 40' radio station and a few are a mix between the two. Although her hardcore country fans may not be pleased with the alteration, it was a good change. "Red" features a variety of songs, some sounding more like her original country self and some sound more pop than before. Whether the songs are country or pop they are remarkable nonetheless.

One would assume that a teenage girl singer would want to become famous and popular to people her own age. But Taylor Swift was quite the opposite, aspiring to be a country singer, similar to what middle-aged singers may aim to be. Taylor Swift began singing when she was young and moved to Nashville, Tennessee at 14 to chase her dreams. Her goal was accomplished when her debut album, "Taylor Swift," was released a few years later in 2006 featuring songs like "Teardrops on my Guitar" and "Our Song." Just as she anticipated, the songs helped her gain numerous country fans.

From her new album one can still conjure her old country self from her songs. Although her new country-sounding songs may exude a pop feeling as well, songs such as "Red" or "Treacherous" still retain her original country vibe. On the other hand, songs from her new album, such as "We are Never Getting Back Together" or "22," sound more contemporary and pop.

Regardless of the genre of music she is singing, be it indie or rock-and-roll, Taylor Swift is an outstanding singer. "Red," her fourth published album, demonstrates how far she has come from her 16-year-old self, only singing country songs about boys. Although she still shares her feelings about boyfriends and breakups, her songs are a lot more versatile in the sound of the music itself.

Taylor Swift's newest album is sure to please her original country fans as well as new admirers she may have reeled in with her latest pop sound.