The Blair Boogie: The Harlem Shake takes over

The Harlem Shake has taken over YouTube and social media sites for the past couple of days but even those who have watched the tons of YouTube videos out there mimicking it are a little bit unclear as to what it actually is. Many people would describe the videos as wild interpretive dancing. They start out with one lone dancer who is dancing for a bit, and then the rest of the dancers join in. But its not your typical dancing-- they're usually wearing crazy costumes and the dances are not just any dances... they're random bizarre motions. 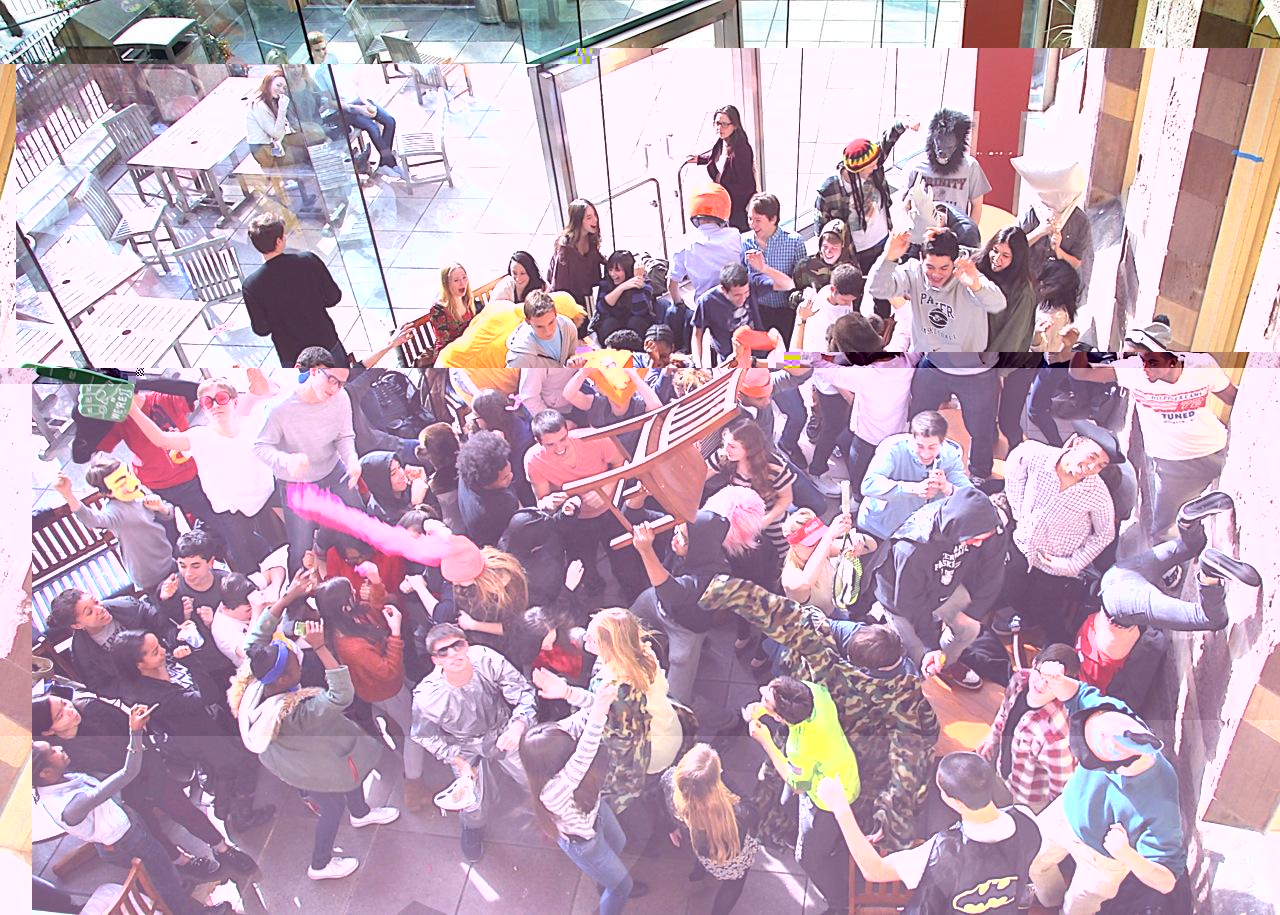 Photo: After about 15 seconds of an individual dancer, swarms of people begin shaking and dancing in the Harlem Shake.

Photo: After about 15 seconds of an individual dancer, swarms of people begin shaking and dancing in the Harlem Shake. Photo courtesy of Forbes.

The Harlem Shake is also the name of a retro dance invented in the 80's at a Harlem basketball game. Then it evolved to what it is now- a series of spastic dancing and stop and go movements, all to the song "Harlem Shake" by Baauer.

According to his twitter, Baauer is shocked by the response from the crowd. Many are saying this is the new Gangnam Style, because of the response from the public. Move over Psy, it's Baauer's time. His song is currently number 10 on iTunes, and so far in the month of February about 12,000 Harlem Shake videos have been posted and continue to be added at an estimated rate of 4,000 a day.

Photo: The Harlem Shake has infiltrated Youtube. The University of Georgia swim team made an exceptionally memorable underwater version.

Since the videos are so easy to imitate, there are endless versions of them. However, the most viewed one is the Office version. They are filmed in practically every setting—at the office, in the snow, in the army, underwater and on the streets. All of the amateur videos and are about 30 seconds long. They're usually quite funny, since everyone is sporting crazy outfits and moving in strange motions.

Some other popular Harlem Shake videos on Youtube include the army's version of it , which is set in the snow and starts off in the army line. The University of Georgia made one of the most interesting ones, as they filmed it underwater. "We were just like, 'Go underwater and hold your breath and do something crazy for 20 seconds,'" Jameson Hill, one of the swimmers featured in the video, said to the Washington Post.

That's basically the concept of the videos: careless crazy dancing where everyone joins in. Whether you want to join the trend or just enjoy watching these wild videos, the Harlem Shake is definitely the new craze, with everyone doing their own version. Even the entire Silver Chips family: