The Blair Boogie: Up and coming artists

This year, there will be many new artists battling to get to the top of the charts. Here are a few artists that will likely to get themselves recognized in the near future, so keep an eye (or ear) out for them for the rest of 2013.

The hip hop group from Brooklyn, NY is made up of Issa Dash and AK. They released their mixtape Indigoism on Feb. 1, 2013. They are signed to Brainfeeder, which is Flying Lotus' label. The Underachievers seem hungry for stardom and won't stop until they overachieve. Check out their song "The Mahdi." 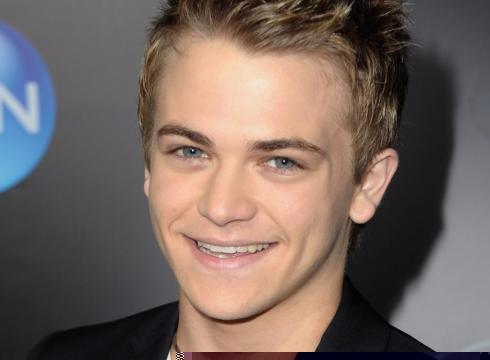 Hunter Easton Hayes is a 21-year-old American country music singer, songwriter and instrumentalist. Currently, he is signed to Atlantic Records Nashville, and he released his debut album this past October. Hayes has received the Country Music Association (CMA) Award for New Artist of the Year. His most popular song is "Wanted," but the song "Everybody's Got Somebody but Me" is one of his most noted songs. Not only is this artist very popular with the tweens but he also has a lot of potential to be the next big country-pop hit.

Carnage is an artist and a producer. He has a lot of experience in the field of music and has mixed for many influential people in the music industry such as Theophilus London and A$AP Rocky's triumphant "Big Spender.” Like his top song, this LA-artist has made a big "Bang!" . As a producer, Carnage has been very successful. The second you hear Carnage's sick and edgy beats, you realize that he has to go big. He has a massive sound that he calls the "Festival Trap."

Chester Watson
Chester Watson, a 15-year-old from St. Louis, Mo. is a phenomenal rapper with deep rhymes. His most popular song, "Phantom," has already gotten 9,000 views without any media support. Watson's music is very dark and eerie and resembles Odd Futures. There is not much known about this artist, other than that he is due at the top of the charts.

Joey Bada$$ is a 17-year-old artist from Brooklyn, N.Y. He and Pro Era, his crew of "teenage visionaries," are among the most promising artists coming out of New York. The video for his most popular song, "Waves," was released in June 2012 and increased his popularity tenfold. He has come a long way, and critics believe he will keep moving up in the charts.

Born into a musical family, Anton Zaslavski from Kaiserslautern, Germany, known primarily by his stage name Zedd, is an electronic dance music producer and DJ. He first got recognized for his remix of Skrillex's "Scary Monsters and Nice Sprites." He became better known for remixing other popular artists like Lady Gaga, B.o.B and eventually began making his own singles. Last year, his songs "Clarity" and "Spectrum" were on the top of the U.S. charts.

Brandon Green, more widely known as Bei Maejor (pronounced Bee Major), is a Grammy nominated American recording artist, songwriter and record producer, signed to Jive/RCA Records. Maejor has produced and written for many artists including Trey Songz, Justin Bieber, Sean Kingston, Drake, T-Pain, and Wiz Khalifa, He is now working on his own music which is expected to be a big hit. His most popular song is "Light Down Low" featuring Wacka Flocka Flame.

Sky Tonia Ferreira is not only a model, but a singer. Ferreira's first EP "As if!" was released way back in 2011. However, her EP "Ghost” was released last October. In the EP, the song "Everything Is Embarrassing" was very popular and even got named one of the best songs of the year by the LA times. Her music is very "out there," and her music videos are very original. Some would describe her as young Madonna. Be on the lookout for her album "I'm Not Alright," which will come out in the next year.

From rap to electronica to country, it's clear that there will be no lack of new music this year. So sit back, relax, and keep your ears open.