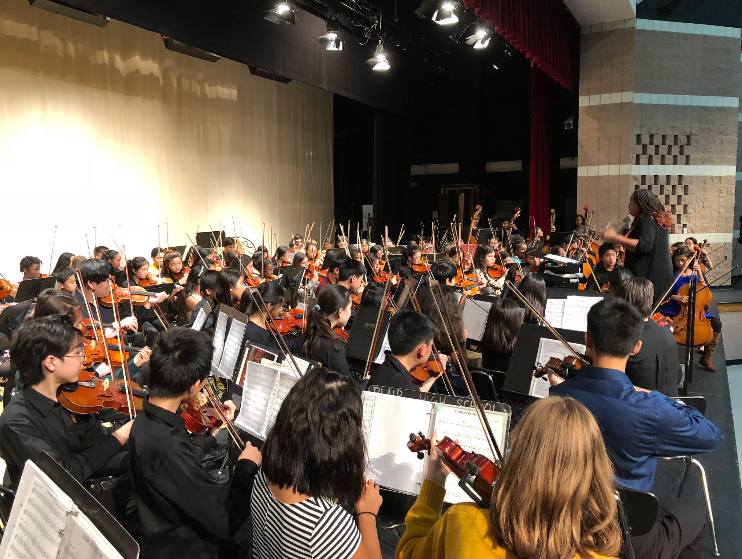 Blair's symphonic orchestra and symphonic band performed. The orchestra played "Incantations" by Richard Meyer, a Halloween themed song with an eerie violin section. They also played a piece called "Fright Night" composed by Brad Fiedel which is a mashup of different scary songs.

Orchestra teacher Michelle Roberts was proud of her students and the other schools and was happy with how smoothly the performance went."Considering that there were probably over 300 students from three different schools, I thought it went very well," said Roberts.

The next concert for the Blair orchestra is in December for their winter performance.