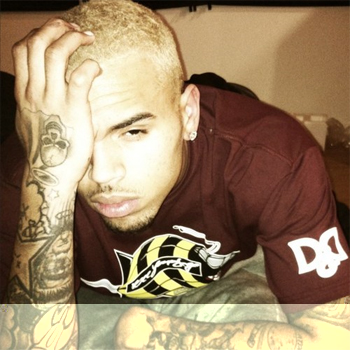 Photo: The reaction to Chris Brown's outburst is reflective of deeper, more disturbing trends in our society's treatment of celebrities.

Photo: The reaction to Chris Brown's outburst is reflective of deeper, more disturbing trends in our society's treatment of celebrities.

You can tell a lot about the public's opinion of a celebrity by the way his/her name is said. For a long time, swooning preteen girls said Chris Brown's name in dreamy tones. His voice, his looks, his dancing… the man could do no wrong. Then, everything changed. In early 2009, news flooded in about Chris Brown severely beating his then-girlfriend, Rihanna, and the way people said Chris Brown's name definitely changed.

Or maybe not. For a while now, Brown has been making a slow but steady rise back to the top. He hosted "Saturday Night Live." Starting this month, he has a world tour supporting his new album. That album, "F.A.M.E." debuted at the top of the charts, and several of its singles seem to be heading that way as well.

Cut to a few weeks ago. Brown went on "Good Morning America" to promote his album – he thought. Show host Robin Roberts asked him several questions about his life after the beating, which Brown did his best to evade. Then after the first song of his performance, he went backstage, yelled, broke a window, ripped his shirt off and ran out of the studio. Gee, he seems really rehabilitated.

While Brown's outburst is alarming and disappointing, it isn't entirely surprising. This is, after all, a man with a history of violent outbursts. What is surprising is that when reading the comments section of any article on the subject from any source, the number of people blamed is far more than one. People do, of course, blame Brown. "Good Morning America" in general has also caught some flak for its handling of the situation. Roberts has been accused of pushing Brown too far, and some readers have even dragged Rihanna into it, saying that the whole mess treated Brown unfairly because she hit him first (True? Perhaps. Excusing what Brown did? No way.)

In normal instances, celebrities can go from star to disgrace to star again in the time it takes the tabloids to print it all. While this indicates that our society has the attention span of a three-year-old, there is nothing hugely wrong with this. Brown, however, is far from a normal instance. He beat a woman and left her for dead. He threatened to kill her. And he has proceeded to continue to act destructively. The responsibility is his and his alone.

It's true that Brown came from an abusive home, but while he may deserve sympathy for that there is no excuse for his behavior. More than that, though, his downright stupidity in terms of how he thinks his comeback should work is shocking. In a (since deleted) Twitter post, Brown wrote "I'm so over people bringing this past s**t up!!!" Does he think that the rules don't apply to him? This celebrity-addicted society may forgive, but it never forgets. Instead of taking responsibility and trying to move forward, Brown acted like a magic wand could wave away the past, and when that didn't work, he broke things.

America tends to forget that talent – be it at singing, athletics or simply looking good – does not translate to morality. We construct mental monuments to our celebrity heroes, and when they turn out to be less than godly, we bend over backwards trying to defend them. Our hero-worship in turn convinces these celebrities that they are as infallible as we think they are.

So those who want to do Brown a favor should judge him honestly for his transgressions. Only then will he learn that being famous is not a get-out-of-jail-free card. Only then will he learn how to truly take responsibility for his actions and his character. The more important question is whether enough people will be able to come out of denial to keep this cycle from continuing.