Whether as a player on the field or a spectator in the stands, being on a winning team is a fantastic feeling. The players give it their all, the spectators yell and cheer, the parents hold their breath and the clock winds down. Then it's over. The buzzer goes off and all that exciting energy is dispersed over the crowd as people cheer and hug, and players and coaches alike high five and celebrate. The days after the game, the weeks after season ends and even for the rest of the school year, winning sports teams have a huge impact on their school.

This year the Montgomery Blair football team had a record of 8-2, an amazing season compared to a couple years ago when the team was a perennial playoff non-contender. According to Blair principal Renay Johnson, even the administrators at other schools used to make fun of the football team. "At principal meetings, other principals used to say things like, 'Oh, our team plays your team for our homecoming game,' because everyone knew that schools always played worse teams to ensure a victory on homecoming night," laments Johnson. In years prior, Blair had little to no student support at games, and those who did show up would be happy if Blair managed to score any points at all. According to Head Cheer Coach Roxanne Fus, it wasn't unusual for Blair to finish the game without getting near the end zone. "We'd be happy if someone scored," Fus says. 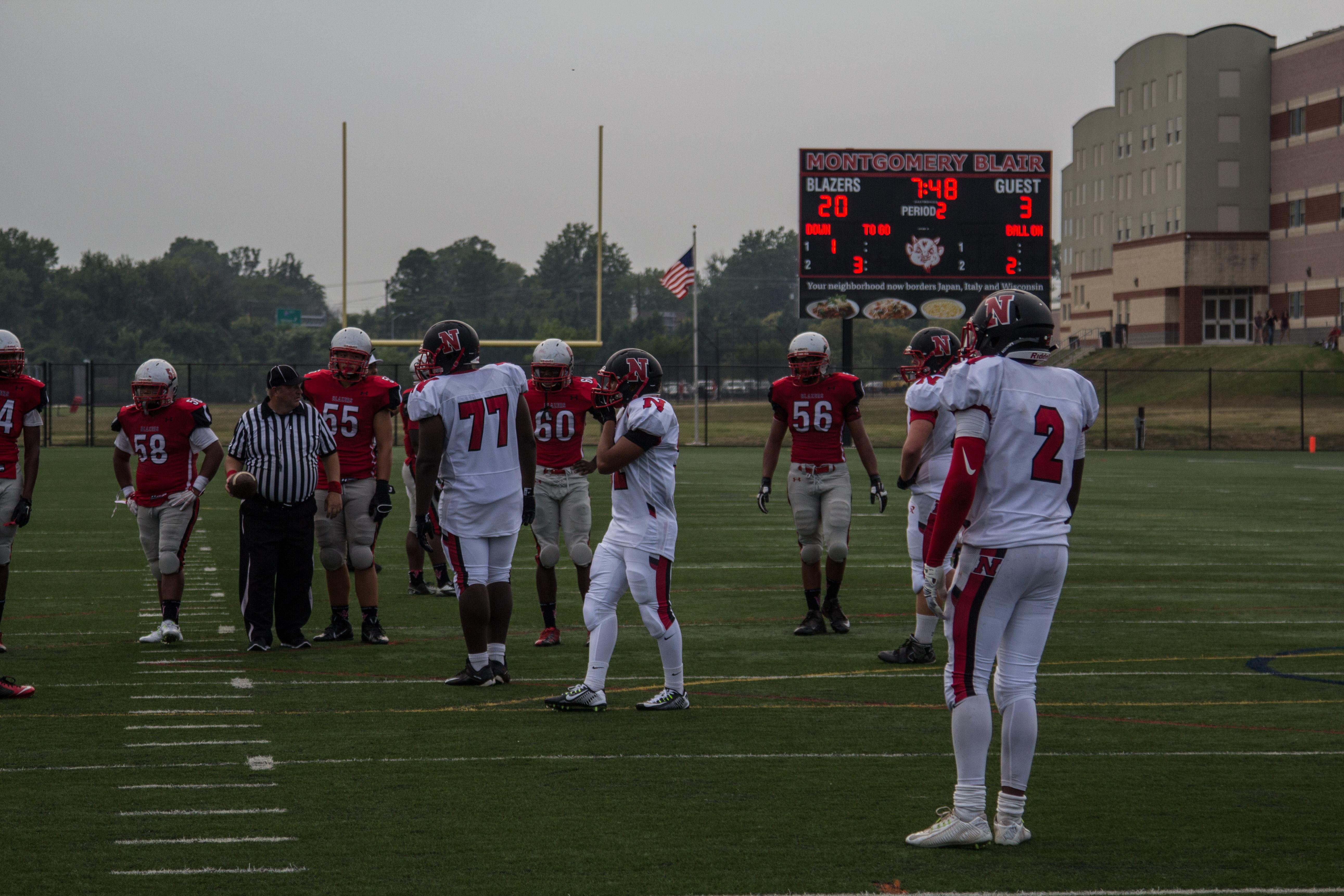 Photo: This year the Montgomery Blair football team had a record of 8-2.

Photo: This year the Montgomery Blair football team had a record of 8-2.

Those days finally seem to be behind the school. Blair football has put up back to back winning seasons, while also achieving the school's highest ticket, food and merchandise sales. Blair Athletic Director Rita Boule has noticed that winning does a lot for a school's athletic department. "Winning teams bring in more gate receipts. More people attend games, especially students, when our teams are winning," she explains.

In addition to raising money, winning boosts school spirit and participation in school sponsored events. Boule finds that students are proud to attend Montgomery Blair High School when it boasts successful teams. "When certain teams are winning I notice a more positive culture, and a more positive environment around the school. What helps most with the positive attitude at games is when kids get really into it, like [this year's spirit club] the Blazer Ragers. Having a group of kids promoting the team and doing things at Blair games helps a lot," she says.

The "Blazer Ragers" are a student run spirit team that set up different spirit days and events during the football season. They helped bring huge crowds to the games and created substantial support for the team. Spirit days included Hawaiian day, black-out day and red-out day. Among the scheduled events were a red powder toss during senior night and games where students brought in giant cardboard cutouts of Blair administrators, including Johnson and Assistant Principal William Currence.

Having a winning team means a lot for a lot of students, including those in charge of Blazer Ragers. Junior Jake Koch-Gallup and the head of Blazer Ragers loves having a team, school community and student section that he can be proud of. "It's a great feeling to see us winning now, and as a result, we can create awesome student sections and get the whole student body unified and actively participating, which is even better," he says. 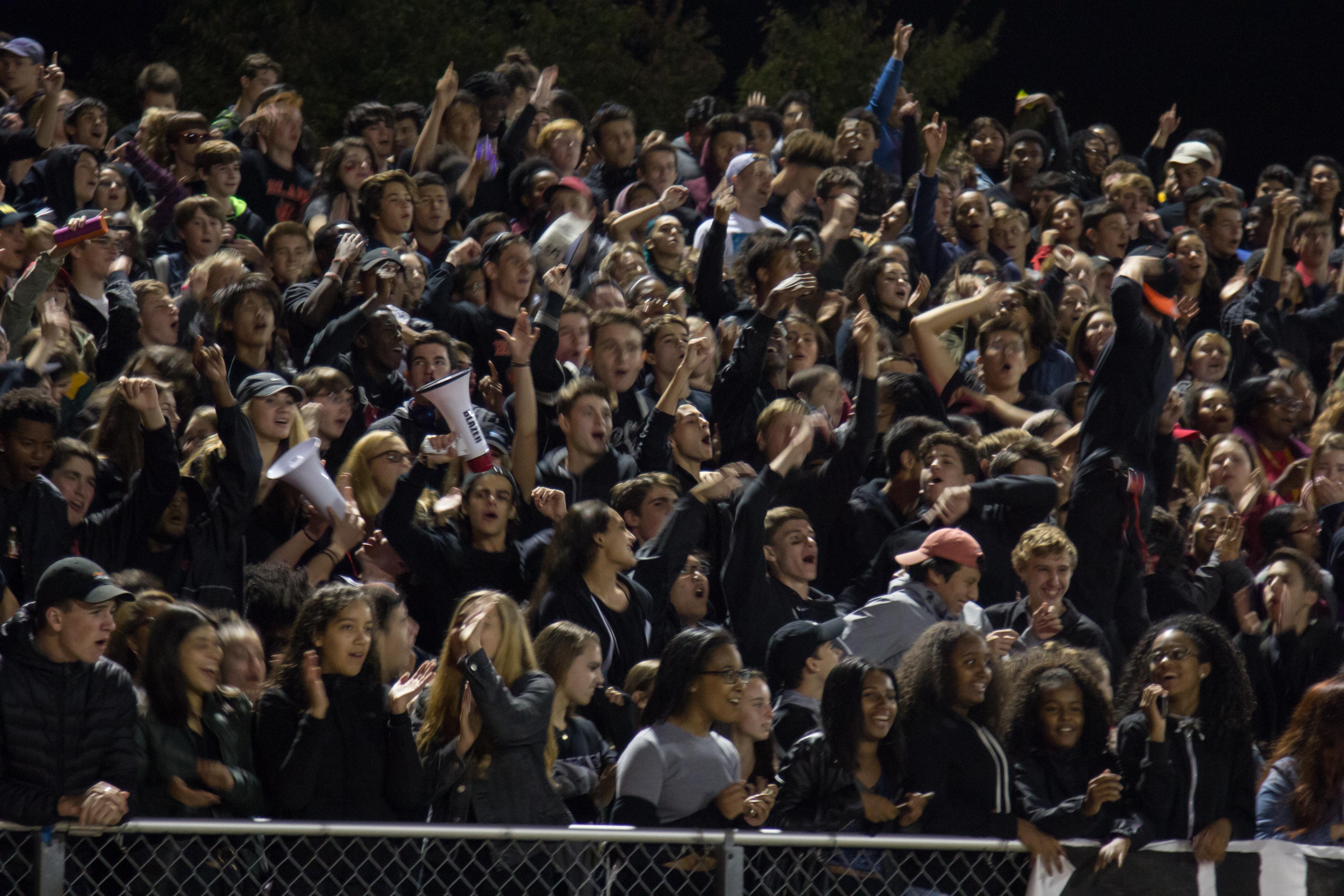 Photo: Due to Blair's newfound athletic success, the school has finally embraced a culture of winning and school spirit has taken off.

Photo: Due to Blair's newfound athletic success, the school has finally embraced a culture of winning and school spirit has taken off.

Winning isn't new for Blair anymore. It's not something to aspire to. It is expected. The culture of losing and expecting to lose has finally been shed, and football isn't the only team to thank. Varsity boys soccer (8-4-2) had another great season after bringing home a regional championship in 2015. Varsity girls soccer (10-6-1) made it to the second round of playoffs. Team handball repeated as county champions. Cheer brought home a second straight trophy at their annual competition and moved up to division one, where they will now compete against the top cheer teams in the region. Many other teams are on the rise as well.

The most important effect winning has on a school is student participation in athletic programs. Fus finds that the attendance is now much higher than usual during the cheer team's tryouts. "Being a part of an award winning team makes it more exciting, and so we had like 50-60 people come out for Cheer in May," Ms. Fus says. The one drawback? Teams being good can be a deterrent as well as an incentive for students thinking about trying out. Some kids aren't confident enough to go out for a sport because of the team's high standing or record. According to Boule, students are worried they won't make the cut. "Kids who consider themselves very good at one sport may try out, while other kids are nervous because they don't know if they're 'good enough,'" Boule says.

While the number of kids trying out may be suffering slightly, the school is seeing an increase in the amount of athletes who choose to attend the school. Some kids who might have chosen a private school offering them an athletic scholarship are now deciding to come play for Blair. "We are starting to see kids who would have gone to a private schools come to Blair. And because we're so strong academically, parents want to send their kids here," Boule says. The strong academic programs entice the parents while the athletic vigor and morale attract the young student athletes.

Due to Blair's newfound athletic success, the school has finally embraced a culture of winning and school spirit has taken off. The amount of effort Blazers are beginning to put into representing and supporting their teams is something special. People are proud to go to Blair, and they are proud to go to games to watch their peers compete. The students coming out en masse to football games this fall wasn't because of their love for the game, but rather because of their love for their school; that feeling of victory.