The Blazers stroke just short of a victory

The week before divisionals, the Blazers suffered their first defeat of the season, losing 179-191 to the Poolesville Falcons. Blair almost recovered from a significant point deficit to steal the second half of the meet, keeping onlookers anxious and hopeful until the very end of the meet.

“Most of our races were close today so that means that during our divisionals it’s going to be a really good meet especially between us, Wooton, and Poolesville.” stated coach Kelley Labriola

Despite the loss, the girls gave one of their best performances of the year, challenging Poolesville every step of the way. Over the course of the meet, they outplaced the boys in the 200-yard IM, 50 and 100-yard freestyle, and 200-yard freestyle relays.

The first few races set a bleak mood for the boys, as their placements faltered in the face of a speedy Poolesville team. As the meet approached the halfway point, it seemed that the heat inside the swim center would wear down Blair’s swimmers to a swift and definitive defeat.

This all changed in the second half of the meet. The Blazers galloped past the Falcons race after race following their five-minute break, quickly regaining the points they had lost in the first half. Consistently claiming top positions in heats, the Blazers became an imminent threat to the unsuspecting Poolesville team.﻿ 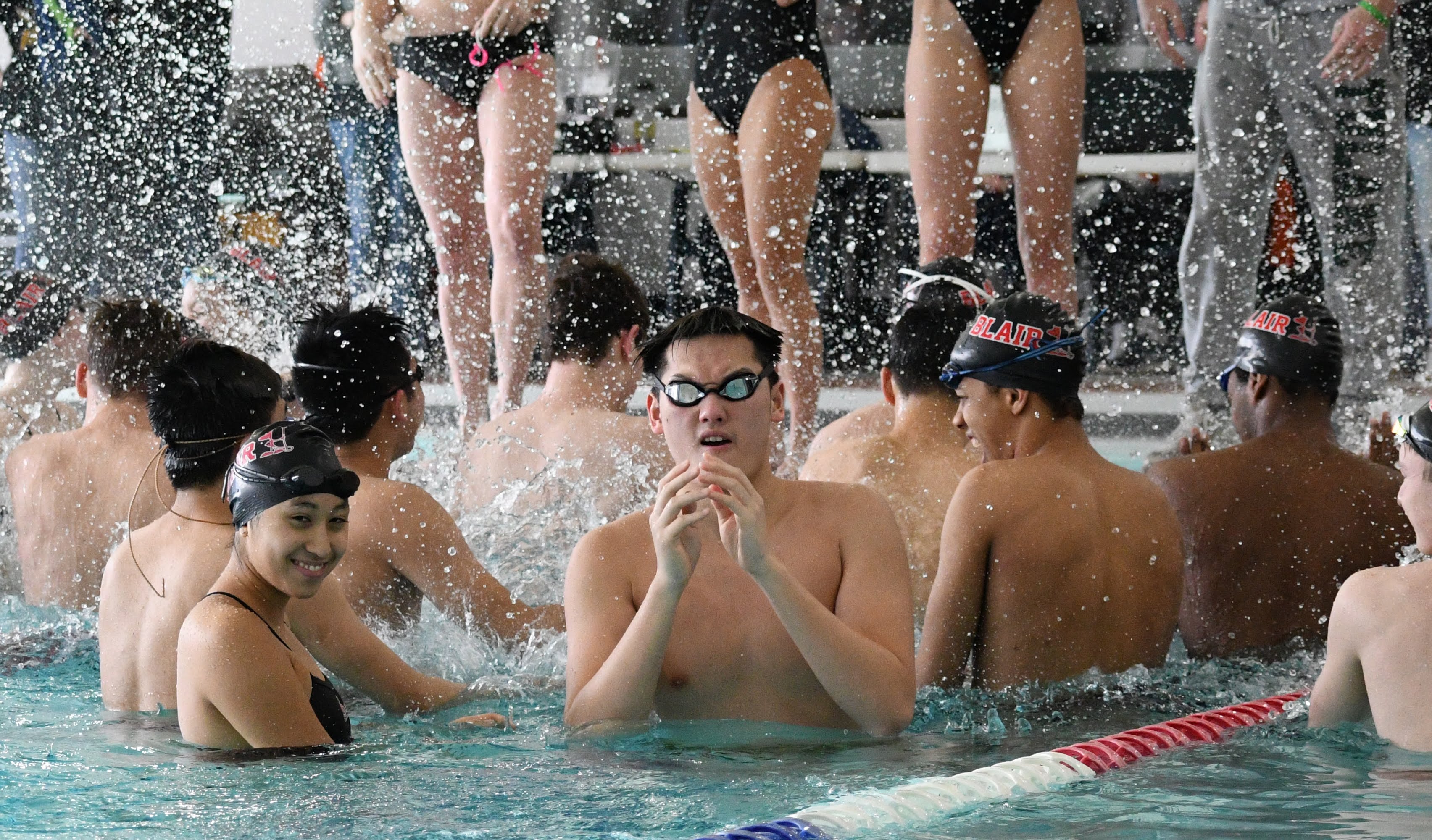 Photo: Blair swim and dive lost 179-191 in a tug-of-war matchup against Poolesville

Photo: Blair swim and dive lost 179-191 in a tug-of-war matchup against Poolesville

The Blazers dominated the Falcons, completely sweeping Poolesville in the boys’ 100-yard backstroke heat. Yet these Herculean pushes took place a few races too late, and were unable to close the score gap completely.

To adapt for the upcoming divisional championships, the Blazers look to use this loss as a reference to re-strategize from. “There are definitely some changes we are going to have to make to the lineup that I have made already based on how well Poolesville did today and what they swam. So, I am going to take a look at that and rearrange our relays and a few of our individual swims.” Labriola reflected.

The Blazers will compete again on Saturday, Feb. 1. at 7:30 a.m. as they take on the top teams from the season at the division two championship.