The bleak outlook for summer movies

Whether your summer is characterized by "Romance and Cigarettes" or a trip to a Caribbean "Island," you'll probably find yourself at the movies at least once. But movie watchers beware: This is not a promising season. You may end up being "Bewitched" by these films or you may find yourself caught up in a "War of the Worlds," but it's best to go to the theater knowing what to expect so that you don't find yourself heading out of the movies as fast as your "Traveling Pants" can carry you. 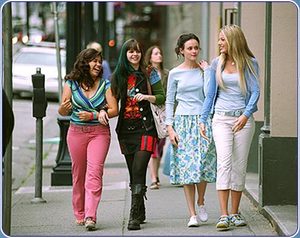 Photo: America Ferrera, Amber Tamblyn, Alexis Bledel and Blake Lively in a scene from "The Sisterhood of the Traveling Pants."

Photo: America Ferrera, Amber Tamblyn, Alexis Bledel and Blake Lively in a scene from "The Sisterhood of the Traveling Pants."

"The Sisterhood of the Traveling Pants" (June 3)

All the men who will be forced to sit through "The Sisterhood of the Traveling Pants" are owed a sincere apology on the behalf of women everywhere. Based on the widely popular young adult book of the same name, "The Sisterhood of the Traveling Pants" is your quintessential teen chick flick, filled with cheesy romance, teenage melodrama and great clothes. Starring Gilmore girl Alexis Bledel, the film tells the story of four best friends spending their first summer apart. To ease the pain of such a traumatic experience, the girls pass around a magical pair of jeans. These special jeans not only promise good fortune, but also fit each girl, despite their different body types (ranging from thin to skinny to slim). Since, obviously, teenage girls lead dramatic and tragic lives, tissues are advised. However, whether you'll be crying for the girls or for your wasted two hours is an entirely different matter.
This film has been rated PG for thematic elements, some sensuality and language.

In this new action flick, Brad Pitt and Angelina Jolie play a husband and wife who both work as assassins. The twist? Neither knows the other's profession — that is, not until they're assigned to kill each other. Oh, please. If your spouse killed people for a living, it's safe to say that you might be aware of it. "Hello honey, nice day at work? I see you have blood on your hands; rough time with the accountants?" — unlikely. All this film has to offer are Pitt and Jolie, who make, quite possibly, the hottest duo in Hollywood history. But, who knows, the random explosions and suspenseful battles might just be enough to make the audience forget the absurdity of the plot.
This film is not yet rated. 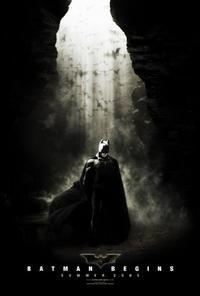 Prequels are a bad idea, period. People already know how they're going to end. Yet for the fifth live-action Batman movie, Hollywood could not resist the temptation to squeeze even more money out of the Batman franchise by tracing the Dark Knight's tragic beginnings. Starring Christian Bale as Bruce Wayne, the man who becomes Batman, this movie can certainly promise plenty of cool fight scenes and ominous lighting. Despite the obvious flaws that characterize prequels, this film is exceptionally cast, featuring such respectable actors as Michael Caine, Morgan Freeman and Liam Neeson. And if skilled "Memento" director Christopher Nolan can't take such a talented cast and turn this film into something actually worth the price of admission, then "Batman Begins" never had a chance.
This film is rated PG-13 for intense action violence, disturbing images and some thematic elements.

Don't be fooled: "Bewitched" is not a remake of the famous 1960s television show — at least, not exactly. In reality, the plot of this film is so confusing and ridiculous, that it's downright laughable. Comedian Will Ferrell plays Jack Wyatt, a strung-out actor hoping to revive his failing career by starring as Darin Stephens in a new movie version of "Bewitched." When searching for a woman to play his enchantress wife, Wyatt thinks he has found the perfect costar in Isabel Bigelow, played by Academy Award-winner Nicole Kidman. Little does he know how perfect his casting really is — he has cast a real live witch. Yes, it really is as bad as it sounds. So bad, in fact, that even Ferrell's comic talent may not be able to save this film, whose plot is too stupid to take seriously.
This film is not yet rated.

The novel "War of the Worlds," by H. G. Wells is most famous for its 1938 radio adaptation. The realistic descriptions of a Martian attack that were broadcasted on public radio nationwide caused mass panic, and people believed that the earth was actually under attack. Since then, there has been an influx of alien invasion films, including several on-screen versions of "War of the Worlds" itself. So, rather than write a new script, Hollywood decided to just revive the old. Starring Tom Cruise and Dakota Fanning, the story is your average sci-fi flick — Martians attack the earth, and many deaths, explosions and special effects ensue. Throw in a sympathetic, hunky main character protecting an innocent child, and you've got yourself a bona-fide Spielberg summer blockbuster. If nothing else, the special effects promise to be spectacular, though the prospect of seeing the world destroyed is hardly a way to brighten a summer afternoon.
This film is not yet rated.

When "Spider-man" became incredibly popular after its 2002 release, Hollywood thought it had struck gold. Comic books seemed a limitless market, complete with their own plots, characters and fan bases. Add a few big-name Hollywood actors in spandex, and you've got an instant hit. The movie-industry went comic-book crazy and, ignoring the fact that audiences might have tired of this genre, made more movies like "Daredevil" and "The Hulk," which were hugely unsuccessful. Now, you might think that Hollywood would learn from its mistakes. Unfortunately, you would be wrong. This summer, Hollywood is releasing yet another superhero movie. "Fantastic Four" is about a group of five astronauts who gain superpowers as a result of radiation exposure. Four of them go on to use their powers for good, but one chooses the other side. Of course, it is up to the other four to be fantastic enough to save the world from this evil villain. With "Fantastic Four," Hollywood is once again desperately reaching for "Spider-man" gold, and if past films are any indication, they'll probably miss.
This film is not yet rated. 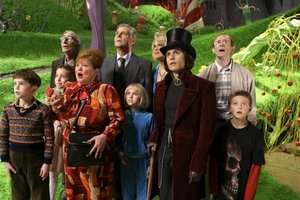 Photo: Johnny Depp in a scene from "Charlie and the Chocolate Factory."

Photo: Johnny Depp in a scene from "Charlie and the Chocolate Factory."

"Charlie and the Chocolate Factory" (July 15)

"Charlie and the Chocolate Factory" promises to be one of the better, though probably more bizarre, films of the summer. The film stars the eccentric and swashbucklingly handsome Johnny Depp, who is sure to reel in at least the sex-charged female demographic alongside the children for whom the movie was intended. Adapted from Roald Dahl's famous novel of the same name, the film tells the story of a young boy who wins a visit to the secretive chocolate factory of Mr. Willy Wonka. This is not, however, the first on-screen adaptation of the book, and many fans argue that there is little room for improvement from the earlier film. This has never stopped Hollywood before and is unlikely to stop it in the future. But, if director Tim Burton can manage to capture the surreal magic that made the book and the original film so charming, he might be able to produce one of the summer's only decent films. If he fails, "Charlie and the Chocolate Factory" will be nothing more than a bizarre medium for Depp's quirky humor.
This film is not yet rated.

Hollywood, we get it: A utopia is impossible. After the millions of books and movies that continue to drive this point further and further into the minds of American audiences, it's probably safe to say that the point has been made. In this new twist on the old theme, Ewan McGregor plays Lincoln Six-Echo (apparently the most futuristic-sounding name that Hollywood could think up). Six-Echo is a man living happily in a seemingly utopian society. Happily, that is, until he discovers that his entire existence is a sham. He comes to learn that he and his fellows exist merely as clones, providing "spare parts" for their human counterparts, living in their utopia until they need to be "harvested." Yes, "harvested." Enough said. Co-starring Scarlett Johansson, it would be shocking if this film turned out to be worthwhile, attractive and talented though McGregor and Johansson may be.
This film is not yet rated.