Since the release of his debut album in 2007, pop star Mika's energized songs have stolen hearts and no doubt caused fans' voices to crack when they try to sing along. Well, warm up those vocal cords, because Mika's back and he hasn't changed a bit. He's still spunky, he's still creative and he's still got a voice that's as smooth as Usher's, as poppish as Britney's and just as exciting as Freddie Mercury's, the frontman of the rock band Queen. To quote the first track of Mika's sophomore album, "The Boy Who Knew Too Much" is absolutely "golden." 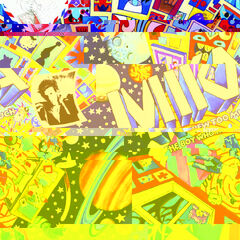 It's been two years since Mika's debut, and "The Boy" shows that the singer has literally grown up since his last album. While "Life in Cartoon Motion," the singer's first CD, was about his childhood, Mika's new batch of songs focus on the teenage years and issues teens face. The album's first single, "We Are Golden," is essentially a teenage anthem: "Teenage dreams in a teenage circus/ Running around like a clown on purpose."

Not only is "The Boy" easily relatable, but the album practically invites you to sing along. Mika's powerful voice leaps through octaves and the album's simple, catchy piano melodies make you want to dance as well as sing. In addition to the piano, a synthesizer is used to add an almost techno–like sound to the tunes. The new, more upbeat numbers, which are reminiscent of "Relax, Take It Easy," from his first album, will have you snapping, clapping or bobbing your head to the infectious rhythms. The song "Rain," for example, uses artificial–sounding piano and other electronic instruments to create a sound reminiscent of Daft Punk's. The result is a song that's worthy of the dance floor.

Another notable aspect of "The Boy" is Mika's creative imagination. The lyrics handle teen-related themes like young love and the dreams of youth. Mika also brings original characters to life in many of his songs, for example "Lady Jane:" "Lady Jane the river saint/ Special yes but lucky ain't/ Lady Jane said she walked on water but she never had a man to show/ Then one day she found a fella she was eager just to let him know." The imaginative lyrics make Mika's songs interesting to listen to, if nothing else. Especially in today's music industry, Mika's songwriting ability is unique.

His lyrics speak of psychological growth, but Mika's sophomore album also highlights his musical development. "The Boy" displays the singer's versatility as he strays from humorous pop songs, though there are still plenty in the album. "Pick Up Off The Floor," for example, is a slower song with a jazz-like sound. Mika also collaborated with singer/songwriter Imogen Heap for the song "By The Time." Heap sings with Mika on the track to create a breathy, high-pitched chorus, and for the rest of the song minimal background music is heard. In fact the only thing supporting Mika's slow singing is Heap's quiet voice and a piano's melancholy chords.

Overall, "The Boy Who Knew Too Much" is substantive, lighthearted and original. Despite a low point in the form of "Toy Boy," whose Broadway-like instrumentation sticks out like a sore thumb, the album remains an example of what modern pop music should resemble. Mika's writing, voice and creativity are the highlights of this marvelous album. In addition, this album displays Mika's metaphorical and musical growth, which is promising and can only mean one thing - this boy keeps getting better and better.