The brokenness of American democracy, in one poll

If one were to put together a crash course for understanding modern American politics, it might be helpful to start with one simple, irrefutable, fact: the United States Congress is bad.  Really, truly horrible.  Whether it be failing to deal with the crisis on our borders, suing the President instead of engaging him or inadequately addressing our budget problems, Congress has a well-deserved reputation of playing politics instead of tackling the problems of the nation.  Congress' public approval has been dismal for some time now, but the caveat has always been that most Americans approve of their own representative.  They believe there is a problem in Washington, but their Congressperson isn't a part of it.  Not anymore.  According to a recent Washington Post/ABC News poll, for the first time in the history of the survey, the majority of Americans disapprove of their own Representative.  And the scary thing is that this finding doesn't matter one bit. 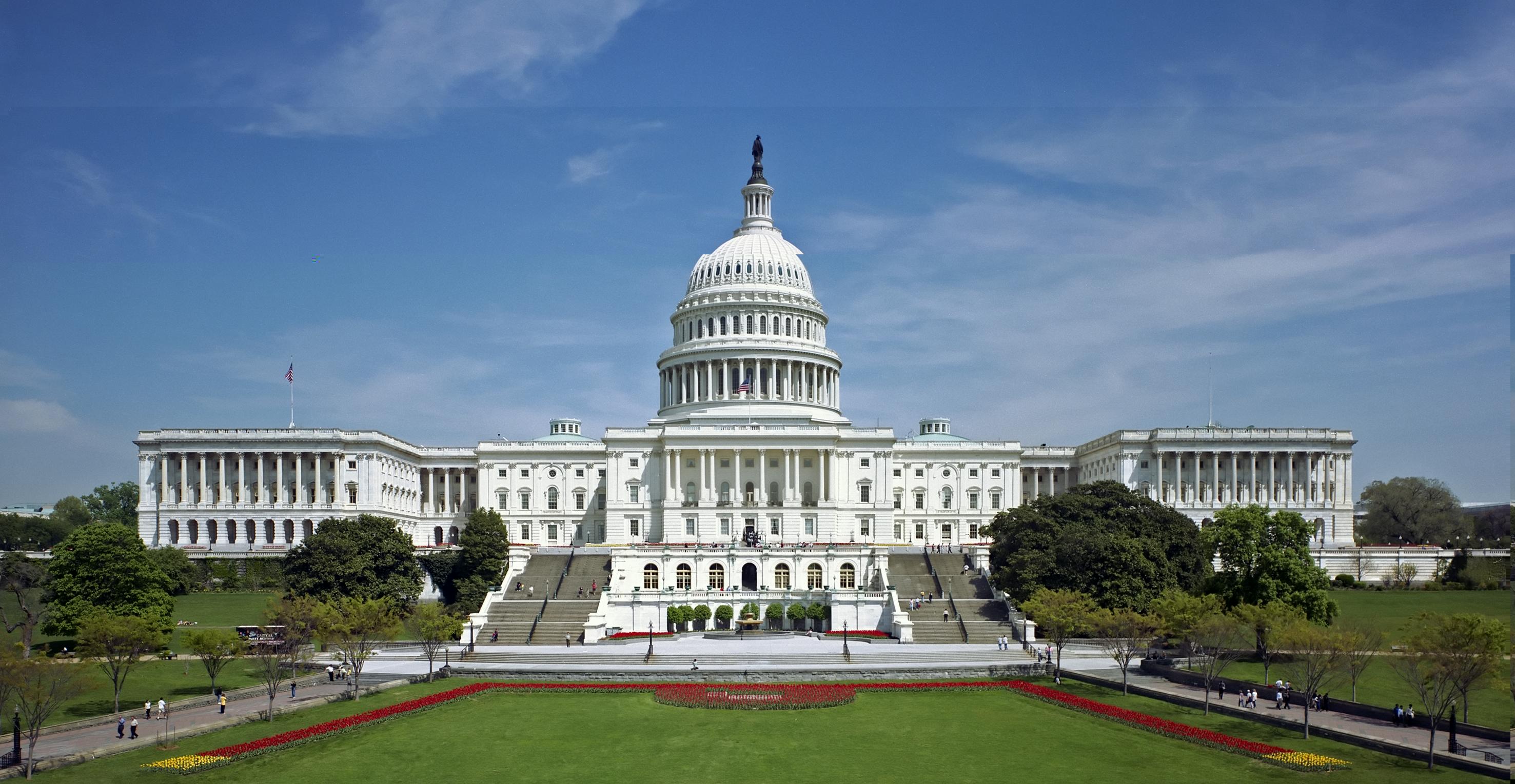 Photo: This Congress is one of the least productive in history

Photo: This Congress is one of the least productive in history

It would be natural to assume that in a democratic government, popular opinion drives election results.  But one has to vote to have their voice heard, and voter turnout in the United States is one of the worst in the world.  In the 2012 presidential election, the turnout was 57.5% of eligible voters.  In midterm elections, participation is even worse.  In the 2010 midterm election, turnout was a pathetic 41%.  So a survey finding most Americans disapprove of their Congressperson cannot be a predictor of election results because about half of them don't show up to vote their displeasure. 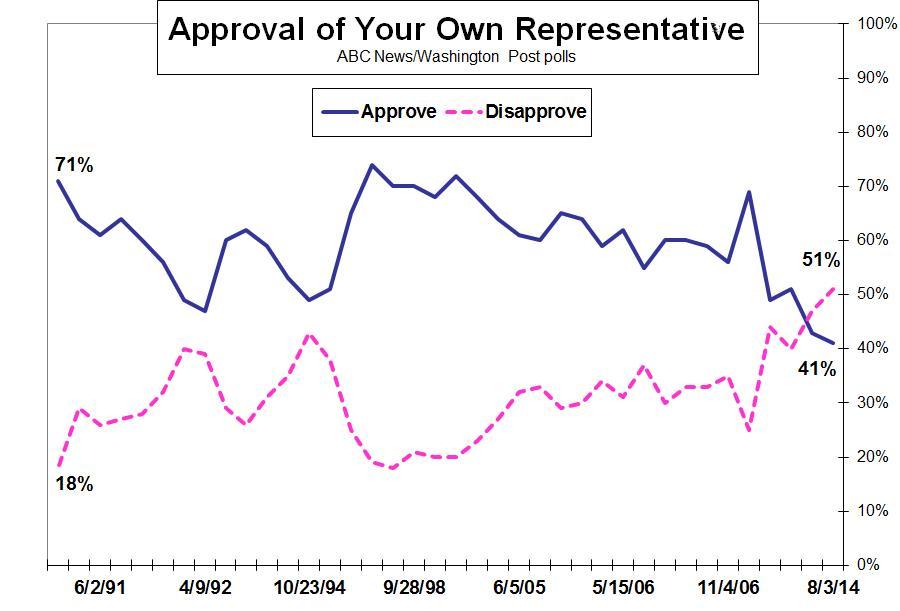 Photo: For the first time, most Americans disapprove of their own representative.

Photo: For the first time, most Americans disapprove of their own representative.

Also, many of those who turn out for elections vote strictly on a party-line basis, so they choose whomever their party of choice nominates.  The electorate that chooses who the major party nominees is even smaller than the American general election electorate.  In the Maryland party primaries this June, only about 22% of eligible voters showed up, about half of those who are expected to turn out for the general election.  This means that primary voters elect increasingly partisan and extreme candidates.  Decades of research show that those who are more extreme or polarized in their views are more likely to turnout to vote.  The majority of Americans are centrists, but the centrists aren't that interested in politics and they don't vote with as much regularity.  As a result, we have a system in which the most ideologically defined voters control the process.  The most extreme voters elect party nominees, who then go to Washington based on the party makeup of his or her district.  To make matters worse, Congressional districts have become increasingly polarized due to political redistricting known as Gerrymandering.

So that brings us back to the poll.  The poll means nothing because, in American democracy, public opinion means little.  A minority of Americans control the political process, driving our representatives further to their ideological extremes.  Americans can complain all they want about Congress and their representatives but unless they show up to vote, no one in Washington cares.  The fact that most Americans disapprove of their own Congressperson shows how out of whack our political system is, and there's only one group on which to place blame: the American people.  Millions of Americans whine about the brokenness in Washington, but do nothing to rectify it.  And millions more fail to engage in the process at all.  Only if we see a renewed sense of civic engagement among American populace will the situation in Congress see a change.