The call for action against ISIS

On Sunday, Aug. 24, the Islamic State in Iraq and al-Sham (ISIS) captured the Taqba air base, the Syrian regime's last stronghold in the Raqqa region of that country. The heavily fortified airport was crucial to holding off ISIS from moving towards Kurdish forces and rebel positions near Aleppo. Meanwhile, 100 miles north of Baghdad, ISIS fighters are laying siege to the mostly Shi'ite town of Amerli. With dwindling supplies after a 70 day siege and only the local police force for protection; the nearly 20,000 residents fear a massacre. 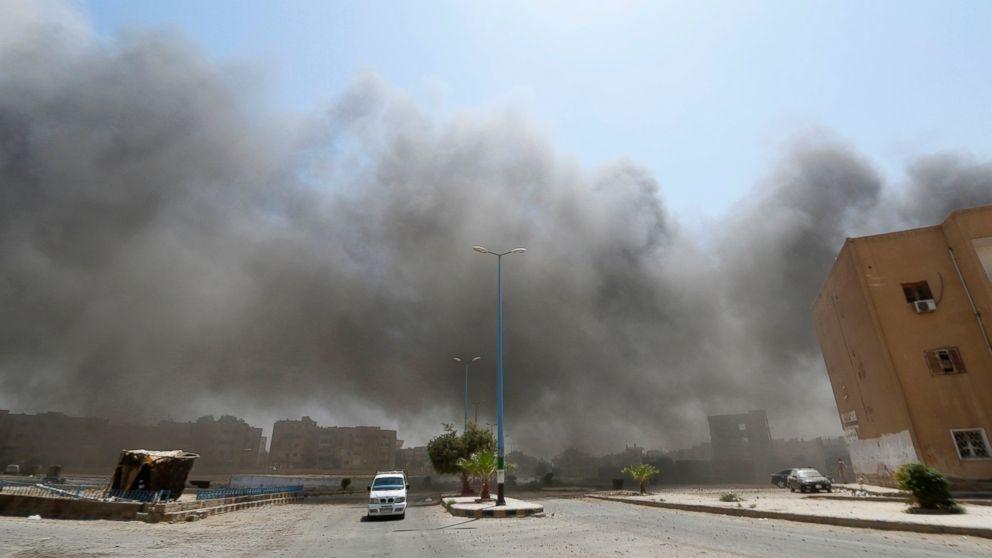 Photo: On Sunday, Aug. 24, ISIS captured the Taqba air base.

A very dangerous and dreadful trend has been developing over the course of the last few weeks. It involves the steady advance of ISIS forces through Syria and Iraq, and local opposition has simply not been enough to hold off the group. The various rebel factions in Syria have already been weakened due to civil war, and ISIS has demonstrated that they are too strong for the amateur Syrian armies to combat. Moderate Syrian rebel movements have lost a lot of ground, leaving the brutal Assad regime as the most prominent source of resistance. Iraq is fairing no better, losing key cities to the north including Mosul, a densely populated city with close to 2 million residents. Local Kurdish militias have been formed by worried citizens, yet they too are losing ground.

ISIS is unlike other contemporary terrorist organization. It has been able to draw supporters from across the board—Westerners from Britain, France and Belgium have come in the hundreds to add to ISIS's already formidable 80,000 fighters. The group is also completely intolerant of outside beliefs. Those captured by the group have three options: convert, pay a tax, or die. The result has been mass execution everywhere ISIS forces have been able to take over. ISIS is also well funded and equipped. Their wealth is largely based off extortion and pillaging that occurs as they advance. They acquire weaponry as they go, taking anything left behind by retreating opposing forces. The sum total of these attributes is a very deadly force capable of doing a lot of damage.

ISIS is indisputably an international threat; its spread would destabilize the region and result in a great deal of death. Victory on their part would make them a prominent global threat. Unfortunately, the international community has not taken a great deal of steps to stop them. The most direct actions so far have been limited air strikes by the US, which are on too small a scale to really stop ISIS. The US has been rather hesitant to extend their air strikes to Syria, likely due to the continuing presence of the Assad regime. Engaging ISIS there would in some respects put the US and Assad on the "same side," which is a situation they are avoiding. Yet the proverb "The enemy of my enemy is my friend" does seem to come to mind when considering the situation. ISIS is an imminent threat; better to indirectly aide the Syrian regime against ISIS than risk them spreading further. 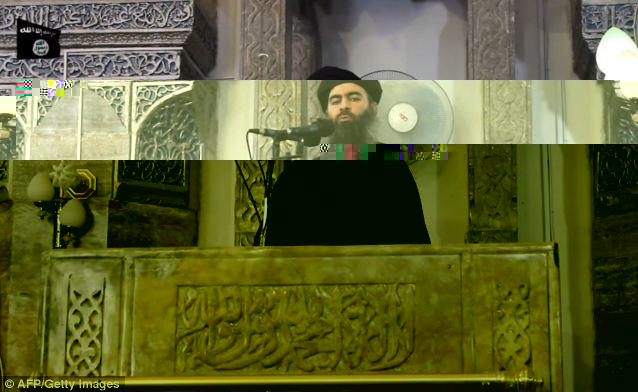 Photo: ISIS leader Abu Bakr al-Baghdadi has made speeches directed towards the world's Muslims.  Photo courtesy of The Daily Mail.

Though they may have a large land force, ISIS is greatly lacking in air support and anti-air weaponry. This is a weakness that any number of nearby neighbors to the region could exploit. Saudi Arabia, the United Arab Emirates, Qatar, Turkey and Jordan all have limited to moderate air forces at their disposal. They are not very willing to enter any kind of conflict at the moment, because they all have their own problems to deal with. But the fact of the matter is that they would all suffer eventually if ISIS were to continue its bloody campaign. Offensive strategy aside, Kurdish forces currently fighting against ISIS would benefit from an influx of equipment and humanitarian supplies. They simply do not have the same kind of resources as ISIS and are suffering as a result. Aid to them would help slow down the ISIS advance.

A shadow has fallen over Iraq and Syria, one that is carving a bloody swath across the region and killing indiscriminately. It is a mistake to believe it shall be contained for very long, and many more will suffer if it is allowed to spread. Neutrality should often be employed when it comes to foreign conflicts but that usually is because the conflicts are in a very grey moral area, with no explicit right or wrong to it all. This is a very different situation. ISIS bears none of this ambiguity, they are as close to evil as one can get. The international community would do well to recognize the threat and help contain it before it takes any more lives or grows out of control.