The changing of the bells

There's a lot going on in Montgomery County Public Schools (MCPS) right now. Superintendent Joshua Starr just resigned, we're just about to start PARCC testing and the Board of Education (BOE) will soon vote on the bell time schedule. After the dismissal of the first recommendation to implement later high school start times because of the cost (roughly 21 million dollars), MCPS released several new options on Jan. 6. On Feb. 10, the BOE will vote on these new plans.

There were two public meetings on Jan. 22 where concerned individuals could voice their opinions on the issue. According to a Washington Post article, most speakers supported changing the bell times. They quoted similar studies and cited their own personal experiences with struggling high schoolers. One parent pointed out that 78 percent of MCPS parents support the proposal.

There are five options on the table. The first, which Starr supported, is to push all the start times 20 or 35 minutes back, which would mean starting school at 7:45 or 8 a.m. If MCPS does decide to push high school start times back, this seems like the best idea due to the low financial cost. With Maryland governor Larry Hogan's proposal to cut state funding, every cent counts. It also won't push back afterschool activities and sports as much as some of the other proposals. However, Start School Later (SSL), the organization who started the movement, probably won't agree with this plan. In an email, SSL founder Mandi Mader said, "Middle and high schools need to start no earlier than 8:30 am, as recommended by the American Academy of Pediatrics."

The second option is more problematic, as it proposes that elementary schools start first. In all of the several models for this option, elementary schools would start between 7:35 and 8 a.m. Young children may be able to wake up earlier, but it's even less safe for elementary-school-aged kids to wait for the bus in the cold, dark hours of the early morning than it is for high-schoolers. Also, if high-schoolers finish class later, they won't be able to look after their younger siblings if that's something they have to do. 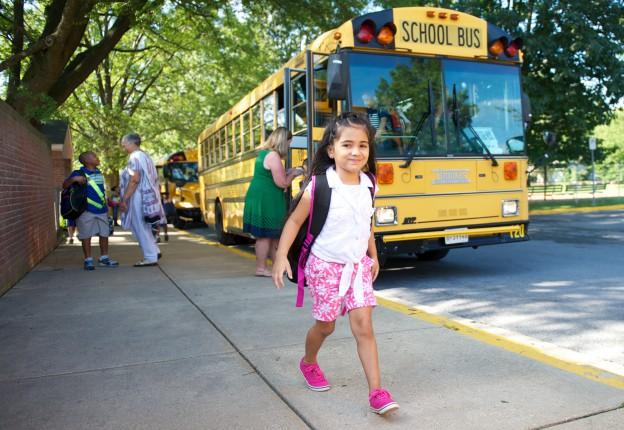 Photo: The BOE will soon vote on bell time schedules.

Photo: The BOE will soon vote on bell time schedules.

The third recommendation modifies Starr's plan, starting middle schools at around 7:30 a.m. and high schools before 8:30 am. If MCPS decides to continue starting high school before 8:30, the first option seems like the better choice: at least the middle schoolers can sleep in a little.

Option 4 is kind of weird. Described as splitting the high school day, this option has two different school day possibilities for high school students: one that starts and ends at the regular time, and another that starts at 9:05 a.m. and ends at 3:50 p.m. High school students who choose the second option will have to find their own way to school. Honestly, the only thing this suggestion has going for it is that some high school students get to start school late in the morning. It seems overly confusing and would make some extracurriculars end really late. And since there's no estimate of how much this would cost, we have no idea whether there is any financial advantage.

The final option, leaving the bell schedule the way it is, seems to be the most popular option with Blazers, at least according to a poll Silver Chips conducted last year which found that only 42.1 percent supported later start times. It seems that Blazers are satisfied with the way things are…and know that even with later start times, they're not going to get much sleep.