Ob-so-lete. Adjective. Of a discarded or outmoded type; out of date. Example: Scholastic Aptitude Test (SAT).

When junior year rolls around, most Blazers are subjected to the SAT and all the high-anxiety test prep that goes along with it. They have no other choice if they want to get into a good college, they're told. But there are more than a few problems with the SAT. College Board, the company in charge of the SAT, announced plans for a new version of the test on March 5, which will take effect in 2016. Although the new SAT has good intentions, it won't fix the old SAT’s failure to fulfill the test's purpose-- to provide colleges with a fair and accurate evaluation of students' ability to succeed in college.

The SAT was created just after World War I to help recruit the most scholastically minded to good colleges. It was based partially off of an IQ test, hoping to test natural intelligence and create a sort of meritocracy to prevent only the rich kids from being successful. Several of the proposed changes of the SAT are geared towards making the test more relevant: a simpler vocabulary portion, an essay requiring students to analyze rhetorical techniques, a better scoring system and more applicable math. But these changes still fail to address some of the important flaws of the SAT.

First of all, the new SAT does not fix the prominent socioeconomic issues. Because of the IQ-test-like nature of the old SAT, it required less knowledge and more test-taking skills. Wealthier families could pay for their children to learn these and do a better job, leaving those who can't afford expensive tutors and prep classes behind. College Board is trying to address this by partnering with the Khan Academy, a non-profit organization that creates video tutorials to help students with school. This partnership will create a free website to help prepare kids effectively for the SAT with personalized test prep programs. While this does shift the focus of the test from expensive test-taking strategies, it will still be a problem for students who haven't had the same high-level classes as their peers or don’t have enough time to study for other things outside of their schoolwork. This is because the point of the SAT was to be a test that students should not study for, so questions needed relatively simple skills to solve. The new SAT takes away the element of logic and common sense, turning it into a more academic test and benefitting those who've received the best education. It doesn't let everyone have a chance and only benefits those with a better education, namely those with more money, just like the old SAT did. 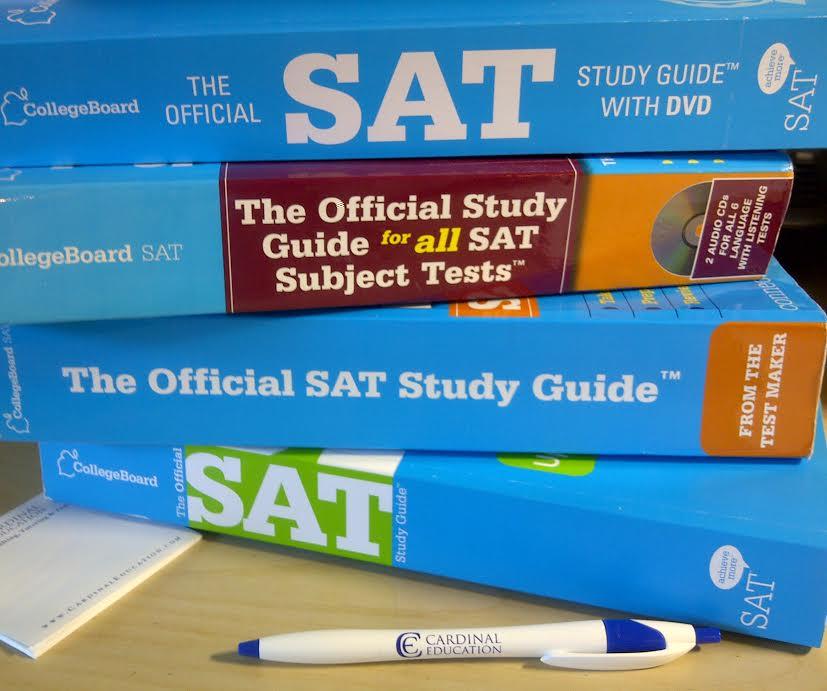 Although the College Board claims that these changes to the old SAT will make the test more effective, some say that it is trying to maintain its monopoly on education. Right now, the College Board is in charge of the SAT and Advanced Placement (AP) courses, a major part of getting into a good college. David Coleman, the president of the College Board, even helped to create the Common Core curriculum, a set of standards for each student to meet as they progress through their school career. Despite College board's strong influence, though, the ACT has become increasingly popular. According to an article in the New York Times, 1.8 million students took the ACT compared to the SAT's 1.7 million. The ACT has more curriculum-based content, an optional essay, no penalty for wrong answers and a slightly shorter length than the SAT, which is essentially what the new SAT is hoping to accomplish.

Simply the idea of having a nationwide standardized test is flawed. Schools don't need to have SAT scores to predict success. According to an article in the New York Times Magazine , colleges that "did not require SAT or ACT [American College Test] scores and found no significant difference in college GPA or graduation rates between those who had submitted tests and those who had not." In fact, the best predictor for college performance seemed to be high school grades, according to the article. People with better grades in high school but lower SAT scores performed better than the other way around. Without the SAT, more minority students, first-generation students, low-income students and female students applied, making the 33 surveyed colleges more diverse. Most importantly, these schools still "maintain their academic quality of entering classes," according to a USA Today article. The SAT just doesn't do its job.

There's no doubt that a more responsive College Board is excellent, but the SAT changes proposed for 2016 will not really fix the issues with the SAT. If College Board won't give up the SAT once and for all, colleges should eliminate this part of their entrance requirements in order to make the college admissions process a fairer game.