Here's a riddle for all of you puzzle-lovers out there. How do we know when a politician is going to run for President? Is it when the wind's in the east and the hawk crows thrice? Is it that special look in their eye? Is it their intricate political plots that started back in 2008, involved lunches with friends and events with spouses and ended in the birth of their first grandchild?

Almost since the last election ended in 2012, poor Hillary Clinton hasn't gotten a break from the press about her possible 2016 presidential campaign. Just this year, a quiet lunch with President Obama, a picture in People magazine and a small medical emergency have brought her snide remarks, criticism and speculation about her future campaign. A few weeks ago, when she went to a political event with her husband, the only thing anyone cared about was if she was announcing her candidacy, which she hasn't. The press needs to stop blowing up every time Clinton leaves her house because it's way out of line. 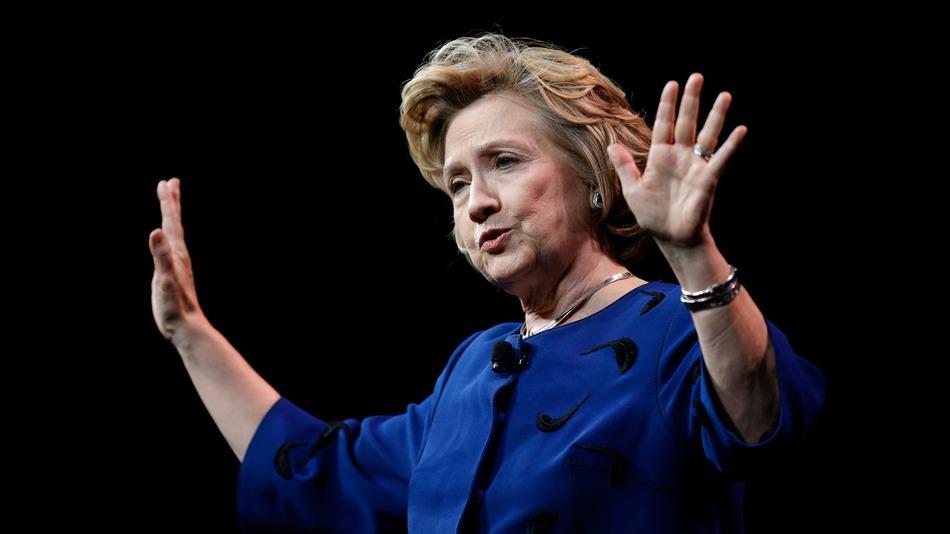 Photo: Hillary Clinton is an accomplished politician with an impressive resume, but the only thing people seem to care about is her imaginary 2016 campaign.

Photo: Hillary Clinton is an accomplished politician with an impressive resume, but the only thing people seem to care about is her imaginary 2016 campaign.

These organizations are trying to create election drama before the election has even started, and it's an entirely ineffective pastime. Before every election, pundits spend months (and sometimes years) speculating on who's going to run against who, whose imaginary campaign strategy will ultimately prevail. And two years before the election, it's really impossible to tell what's going to happen. Creating imaginary drama is pointless. As Clinton herself said, we need to worry about "people running right now -- 2014."

Of course, elections are an exciting time for news venues. But speculation like this is not just unproductive, it's dangerous. The media tends to focus far too much on the candidate's standing in the polls or whatever scandal is fresh and exciting, building it higher and higher--but it never comes back to what's actually important here, which is the politics. According to Richard Joslyn, very few campaign ads address political issues, and in fact politicians themselves tend "to speak in easily understood symbols than to deal with the complexities of the economy. They also obscure their positions on contentious issues because of their fear of alienating potential voters." The media is historically the number one way that Americans get their information about politics, but they don't talk about the very issues that affect those same Americans so that they can elect a leader to fix them. It's gotten to the point where almost no journalists will "ask an issue question unless he thought he could trick [a politician] into some crazy statement," according to one article by the University of Delaware. This shouldn't be how a democracy works; it should be about the issues and how to fix them.

Now that Clinton's daughter Chelsea has given birth to her first child, those allegations are surfacing again. One article (actually entitled "Hillary Clinton becomes a grandmother. Now will she announce for 2016?") questions both Clinton and her newborn granddaughter's chances of ever becoming president. This kind of speculation isn't just insane, it's also extremely sexist. Articles about female politicians do things like this with alarming regularity, referring to female politician's families, children and spouses as a measure of their worth. They don't do things like this for men, ever. Numerous grandparents and parents have held political office, and none of them have ever been referred to as father of three with a new grandchild on the way except in their obituaries because they're fat white dudes. It's bad enough that the media is judging Clinton's imaginary campaign; they don't need to judge her private familial matters as well. 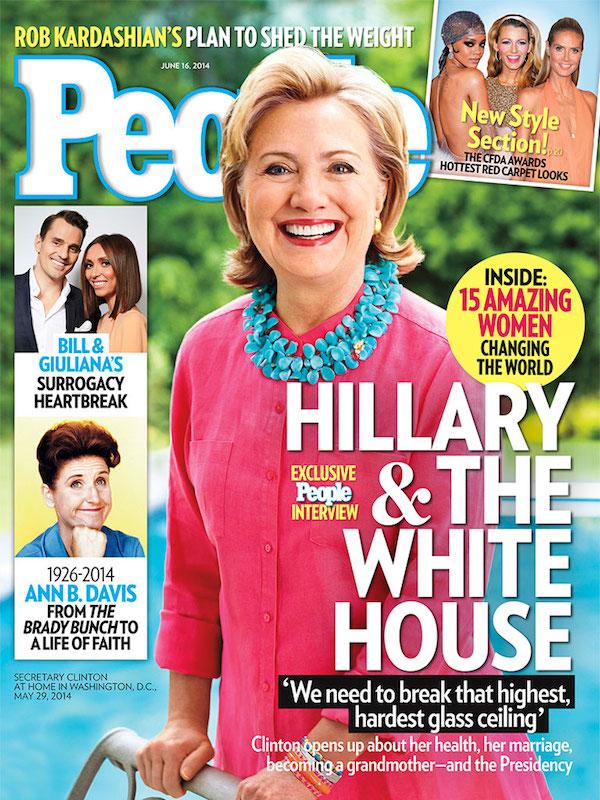 Photo: When Clinton posed for a photo in People Magazine, some believed she was clutching a walker and overreacted.

Photo: When Clinton posed for a photo in People Magazine, some believed she was clutching a walker and overreacted.

Besides, what if Hillary Clinton actually did run? Big deal. Of the various presidential candidates for the Democratic party, obviously Hillary Clinton is a solid choice. Not only is she an accomplished politician and published author, she's a very skilled speaker and incredibly intelligent. She ran before in 2008. She has affected all kinds of change and is a champion of women's rights. She has solid, informed opinions about political issues. If, not when, she does announce a campaign, it's not going to be apocalyptic or even very surprising. If not, she can enjoy her new grandchildren and her life's accomplishments, maybe write more books. Either way, it doesn't matter.

As Jon Stewart pointed out last year, "the media spends months and months speculating on what's going to happen in this election...then...they spend 10 minutes reporting on what actually happens, and jump right back into what it means for the next election!" Take note, mainstream media: you can start talking about the election when the election is actually happening--when a candidate says, in explicit, verbal words, in real life (a.k.a., not in your head) "I am running for President." Until the actual election, it doesn't make any kind of difference. You're not reporting news, you're gossiping. So calm down and do your jobs.