The end of a high school athletic career

Seniors reflect on their last games as Blazers

Senior night for a sport is always a bittersweet moment for seniors leaving their team. Players collect countless memories that they will never forget, from hanging out with teammates to representing their schools in games throughout their Blair career.

Although Cooper isn't the biggest fan of practice, he loves being with his teammates. "Something I’ll miss the most quite honestly will be practice, which is weird because I’d be the first to tell you I hate practice," he says and laughs. "But just being able to hang around with the boys and hang out in the locker room afterwards and talk about how so and so messed up and joke about what happened on this play and that play," Cooper says. Cooper has earned three Division I athletic scholarship offers as of Oct. 27, including Davidson College, Concord University and Morgan State University. Cooper explains how the Blair football program has educated him and built him to the player he is. "My knowledge for football has grown so much here and that’s what has made me a Division 1 player. That’s what I appreciate the most," Cooper says. 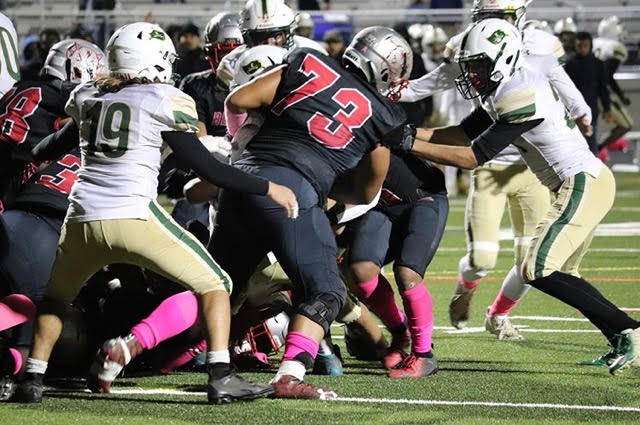 Another four-year varsity player, Dorah has seen her team accomplish some historical feats. The Blazers defeated Richard Montgomery for the first time in eight years, earned two sectional titles and won four division titles in four years during Dorah's Blair career. “We continue to break records and make school history which is always exciting,” Dorah says. The great team dynamic at Blair is something she hopes transfers over to her future athletic career at St. Francis University. “I look forward to a similar team dynamic in college. I’ll be training with my team there every day and I think I’ll be able to find something similar to the dynamic at Blair,” she says. The girls’ soccer team defeated Parkdale in the Class 4A North Region championship and will continue fighting for a state championship.

As a four-year varsity player, Freer learned from older players during her early years on the team. "Playing immediately on varsity got me accustomed to a higher level of play very quickly, as well as it introduced me to older players and their leadership styles early on in my career," Freer says. She also sees the sport to be an opportunity to be better connected to her school, both with the people and representing the school. "Playing for Blair teams have been great experiences. Not only do I get to keep up with my sport and represent my school, but I get to create and develop friendships with my fellow schoolmates," she says. This is also something Freer looks to continue, as she is deliberating on a school to move forward with her academic and athletic career. The girls' volleyball team will play on the road in the Class 4A North Region II championship on Nov. 6 at 6:00 p.m against Sherwood.

Moore will miss the people that have surrounded him throughout his athletic career at Blair. "I'm one hundred percent going to miss all the people I've met here. Everyone from my first coach, Ms. Cole, to Ms. Meghan and Ms. Boule. I'm also going to miss all of my teammates and of course Coach Hernandez. I can't thank them enough," he says. Moore verbally committed to play college soccer at Mount St. Mary's University on Oct. 13. He looks forward to representing his school and meeting new people. "Playing college soccer has always been a dream of mine. Being able to continue to represent my school is going to be amazing, and I look forward to meeting a whole new group of people as well," Moore says.

While all of these student athletes may be moving on to their next chapter in collegiate athletics, they will never forget the memories they made in their Blazer colors.