"The Expendables 2" is spent

Aging stars and a stale plot fail to satisfy.

Though "The Expendables 2" appears to have it all – an all-star cast and a big budget for explosions – the movie succumbs to the run-of-the-mill with dull one-liners and an out-dated plot.

From the start, the movie feels very washed-out. The classic Soviet-villain cliché is made even cheesier in this film because the evil head-honcho, played by Jean-Claude Van Damme, is actually named Vilain. At least the writers, one of whom is Stallone himself, seem to be aware that the film is dated as the script is peppered with self-deprecating jokes about the actors' ages.

Using Cold War innuendo in a film set in the present day is not the only old-fashioned aspect of the movie. The way women are viewed makes the film feel outdated too. For one thing, the male characters' girlfriends are given little screen time, but portrayed as either untrustworthy yet spellbinding cheaters or faithful girls who deserve to be bought things. Bill the Kid explains that he's risking his life by going on the mission because it pays well and he wants to buy his nice girlfriend "everything she deserves." Also, Nan Yu makes her Expendables debut as the agent Maggie, whose character is mistrusted because she's a woman. When Barney finds out that he's working with her, he whines that he will not be her babysitter. "A woman? Forget about it!" he protests. It isn't until Maggie proves her talent at safe cracking that she finally earns some respect. 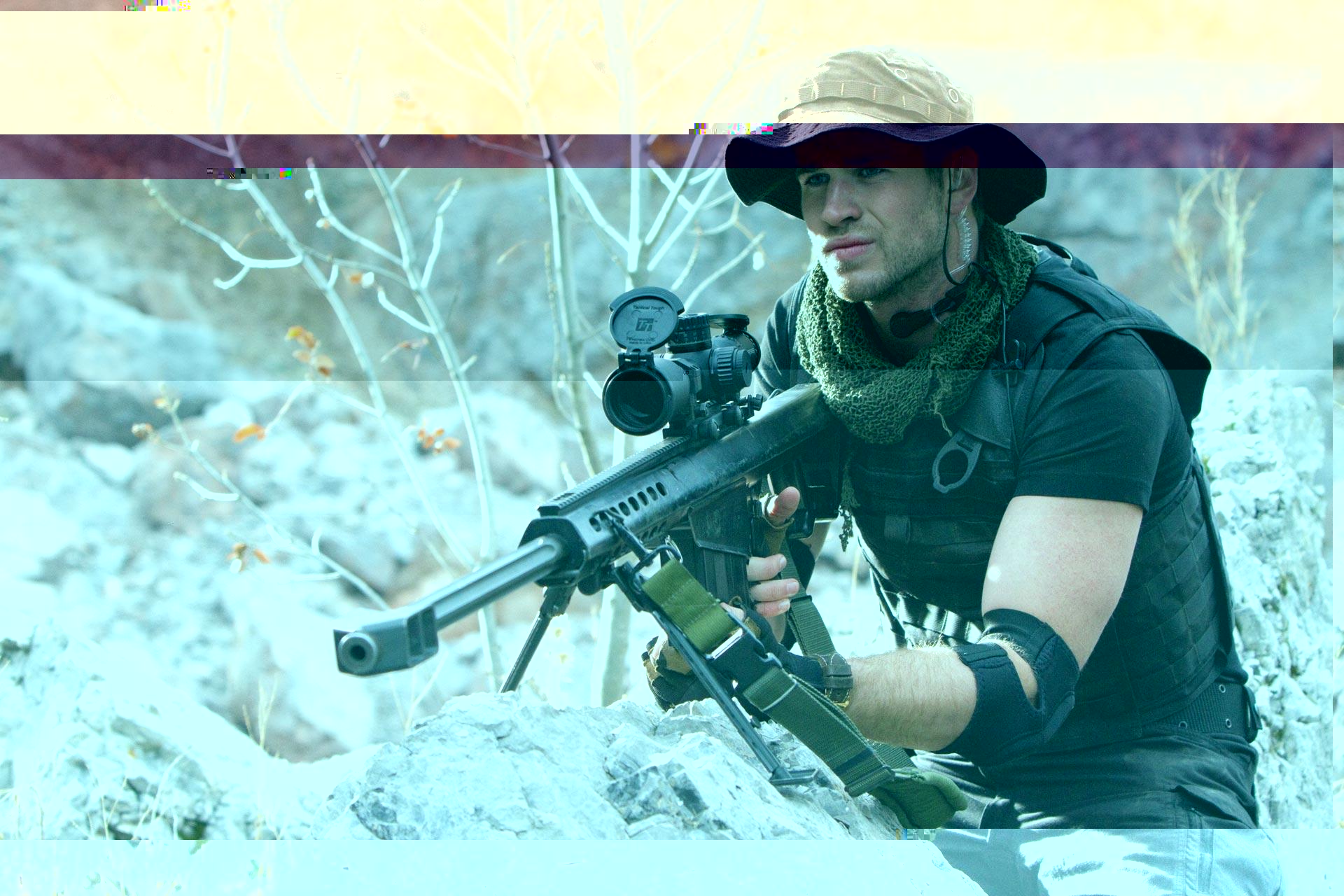 Photo: Liam Hemsworth, above, joins the Expendables crew as sharpshooter Bill the Kid.

Though the special effects in this movie are explosive, the acting is lackluster and leaves much to be desired. Stallone, for example, delivers his lines flatly and unrealistically. In one scene where Barney and Bill the Kid are having a private conversation, Stallone looks like a director who is running lines. Stallone's dull recitation of his lines clashes with Hemsworth's painstaking emotion and thus fails to engross the audience into the plot.

The movie's violence is a constant and weird mixture of hardcore ruthlessness and kitsch deaths like when a guy gets shot onto an airport carry-on conveyor belt and the audience sees his X-ray. Despite all this, serious action fans shouldn't be completely discouraged. There are some good moments, like when Booker (Chuck Norris) single-handedly takes out over a dozen enemies and a tank, or when Trench (Arnold Schwarzenegger) and Lee Christmas (Jason Statham) rip off the doors of a Smartcar and drive it through a battle.

The movie also rewards action-movie buffs with ample references to other action movies, including Rambo and Terminator. There's even a Chuck Norris joke, for fans curious about how a battle between he and a cobra would end.

If seeing legends like Stallone and Schwarzenegger on the same screen is enough to get you excited, then this might be the movie for you. But for everyone else, the ceaseless gore and dated feel make this movie one to skip.

"The Expendables 2" (102 minutes) is rated R for strong bloody violence throughout. Now playing at theaters everywhere.