The "fiscal cliff" in a jiff

After the Dec. 21 end-of-the-world scare passed, the next fear that overtook Americans was that of falling off the fiscal cliff. The terminology was ablaze all over the media, however, the vast majority of people are only beginning to really understand what our congressmen are discussing when they say they are averting the disaster of falling off the "fiscal cliff."

The term "fiscal cliff," which refers to the tax increases and spending cuts debated in Congress around Jan. 1, was practically coined by the media. "The terminology got hyped up by the media but the underlying problems are serious and complex," AP National, State, and Local government (NSL) teacher David Swaney said. "Voters are voting on issues they don't know about." 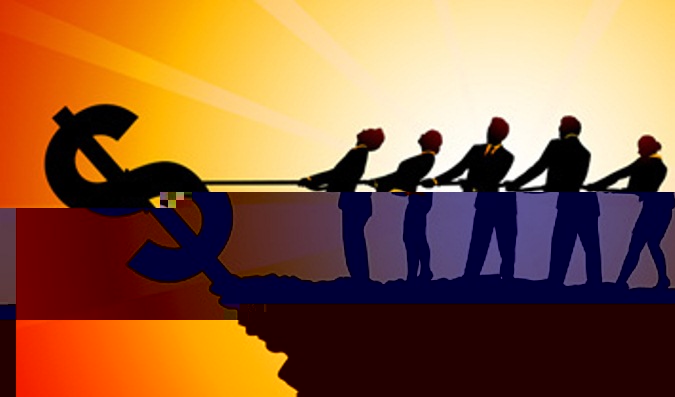 Photo: The fiscal cliff crisis has been avoided, at least for now.

Photo: The fiscal cliff crisis has been avoided, at least for now.

Swaney agrees that it is important for students to follow current events, such as the fiscal cliff crisis. "It's important to understand the workings, so as events change, they can understand what's going on," he said.

As Blazers reach voting age, it is especially important for them to be informed of the nation's most pressing issues. Even if they are not directly impacted by Congressional decisions, knowing about the world helps students make informed decisions. As freshman Fulane Zelcke puts it, "It decides where we stand."

Sophomore Nesredin Redi admits that he does not know much about the fiscal cliff, but agrees that the issue is important. "There's a discussion in Congress and a lot of confusion is going on," Redi said. "Fixing it is going to be tough. I know it'll impact my mom cause she works." Similarly, freshman De'Jia Long-Hillie also has an idea of what the term means. "I know that at the beginning of the year, taxes were going up," she said.

According to the Congressional Budget Office, if Congress had not made a deal to resolve the crisis, the economy would have "fallen off" the fiscal cliff, resulting in an economic recession and tax increases for nearly 90 percent of Americans.

Both liberals and conservatives in Congress made compromises, as dealing with the fiscal crisis requires bipartisan effort. While the Republicans agreed to increase taxes on the wealthiest Americans, the Democrats allowed for a stricter definition of "wealthy" so that less people will face an increase in their tax rate. President Obama originally intended to raise taxes on the top two percent of Americans, or individuals who earn over $250,000. However, the Senate agreed that tax increases would only be applicable to individuals earning over $400,000 and families earning a combined income of over $450,000.

On Jan. 1, the Senate, followed by the House of Representatives, approved of this legislature along with measures that will reduce the number of personal tax exemptions given to wealthy individuals. Some key issues, such as renewing the payroll tax and raising the debt ceiling were not fully addressed however. Although the fiscal cliff crisis has been averted for now, the solution is only temporary. The deadline for spending cuts has been moved to March, so it is likely that the media will be discussing the cliff for some more time.

There are countless more specifics to the economic legislation and as Swaney points out, the issue is increasingly complex. "The more I know, the less I feel like I know. The same goes for the students."

There is no doubt that the politics behind the fiscal cliff is multifaceted and difficult for students as well as adults to understand. However, as Swaney and Blazers seem to agree, it is important to have a basic understanding of what's going on in current politics, since it has a profound impact on all of us.