The film adaptation of Lois Lowry's classic is dull and unoriginal

The community Jonas lives in is also perfectly conceived, in a layout that harkens back to a 50s suburbs and Soviet Russia. The set is symmetrically beautiful, with trees lined up perfectly and identical houses in a row, but also has a major creepiness factor. 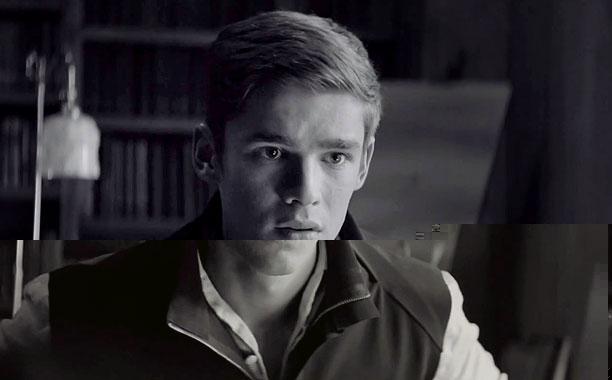 Photo: Brenton Thwaites stars as protagonist Jonas, whose world is in black and white before he receives the memories

Photo: Brenton Thwaites stars as protagonist Jonas, whose world is in black and white before he receives the memories Photo courtesy of Entertainment Weekly.

In addition, the acting is quite good. Thwaites puts on a great performance, perfectly encompassing the adolescent angst that characterizes the young adult genre. Although Jeff Bridges sounds like a combination of Batman villain Bane and Darth Vader, his moments of intimacy with Jonas are heartwarming and well-acted. Meryl Streep plays the Chief Elder of Jonas' community with such evil ickiness that she evokes true hatred from the audience. Plus, Taylor Swift, who plays The Receiver of Memories' daughter, has a strong, if simple, performance.

"The Giver" is cursed by its lateness to the silver screen. However, strong acting and beautiful cinematography prevents the film from being a complete waste of time.

"The Giver” is rated PG-13 for a mature thematic image and some sci-fi action/violence. It is now playing in theaters everywhere