The glamorization of toxicity is poisonous

The romanticism of toxic relationships in media needs to stop

16.9 million, 52 million, and 61.7 million - these are the number of women that have been stalked, physically abused and psychologically manipulated by an intimate partner in the United States. Nearly one in two women and one in four men experience abuse in an intimate relationship, yet, popular culture continues to depict these behaviors as "romantic."

Whether on-screen or in novels like Twilight, glamourized toxic relationships pervade the lives of modern-day teenagers – indicating that these relationships are what love should be. With over 160 million copies sold in 49 languages, Twilight's Bella Swan and Edward Cullen are a classic couple that every young teenage girl swoons over. Disregarded, however, is how Cullen stalks, gaslights and abandons Swan in the series.

Even with evidence of an unhealthy relationship throughout the series, the couple still receives a happy ending – leading to the misconception that true love includes qualities of possessiveness, stalking and manipulation.

The media exposes teenagers, at their most malleable age, to the notion that abusive behavior is normal in a relationship and should even be something to aspire to, resulting in a profound impact on their conception of love. Julia Lippman, a research fellow at the University of Michigan, finds that "romantic beliefs are consistent with the differing romantic messages promoted" by different romantic media genres. Junior Nissi Djissonon echoes this idea. "When they read or watch these things, they [believe] this is what love is. It'll really affects them when they grow up and are in a relationship," Djissonon says.

The normalization of excessive control and abuse perpetuates a cycle of delusion, where relationships full of mistrust and lies characterize "romance" and forced intimacy and control is "affection." Even the common phrase found in all romance content, "he/she is my entire world," is undeniably unhealthy. Indicative of a lack of independence and an overreliance on a significant other, the phrase is a well-preserved mask for a dark interior.

The fact that most consumers of romantic media are at the age where they're only starting to develop an idea of what a healthy relationship should be exacerbates these negative consequences. When teenagers repeatedly watch media that glamorizes toxicity, a generation of individuals with a skewed definition of healthy relationship dynamics is born. In their own relationships, they then accept the presence of abuse as a manifestation of love, justifying it as "they love me." 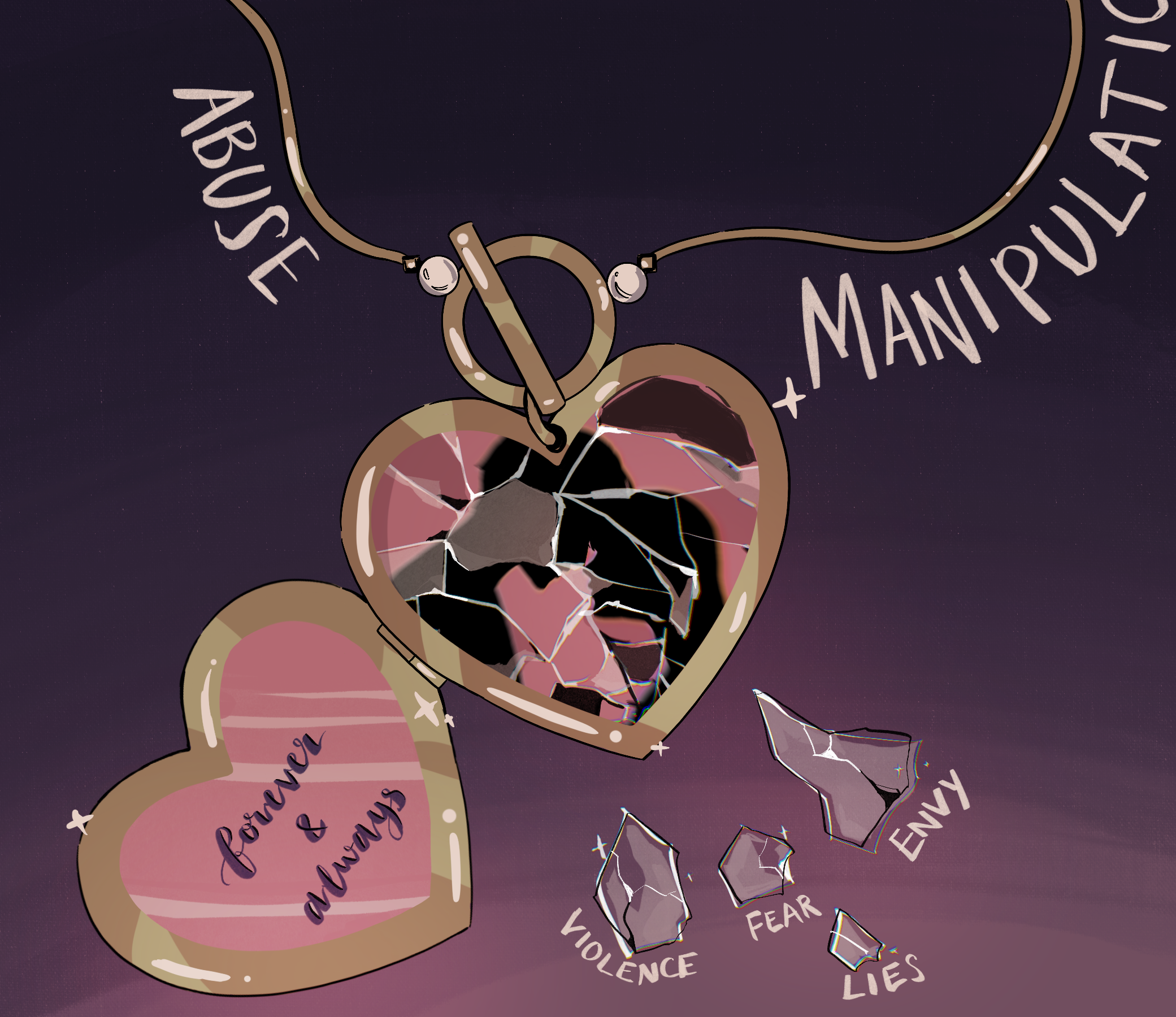 With an illusion of love, it is exceedingly easy for teenagers to fall into a sinkhole of poison in their relationships. Abusive relationships affect one in three high school girls, and of all victims of intimate partner violence, one in four were first victimized before the age of 18. These misconceptions can even lead them to remain in the abyss of a toxic relationship with the belief that "I can fix them."

Abusive relationships result in pervasive psychological destruction, with long-term consequences including depression and low-self esteem. However, does that mean the media shouldn't depict toxic relationships at all?

While "the media may be teaching us what sorts of beliefs we should have about romantic relationships," Lippman says in an interview with Michigan News, some can also instigate dialogue and raise awareness about toxic behavior in relationships.

In Euphoria, Nate Jacobs (Jacob Elordi) and Maddy Perez (Alexa Demie) exemplify a toxic relationship at its worst, one full of cheating, lying and violence. In season one, Jacobs forces Perez into a mold, telling her what to wear and how to behave. When Perez dares to disobey, Jacobs chokes and slams her into a wall; despite it all, Perez still defends Jacobs from the authorities.

It's obvious that the relationships portrayed in the show are toxic, depicting the psychological trauma that Maddie faces. But does that mean there's no glamorization of Maddie's infatuation at all? Either way, Euphoria is miles better than Twilight, which fails to address the consequences of unhealthy relationships in their entirety.

However, even if popular media seeks to emphasize the gravity of abuse in relationships, there is still a disproportionate amount of attention placed on women facing abuse. More than 40 percent or 52.1 million men in the United States faced some form of violence or stalking by an intimate partner in their lifetime. Yet instances where women confront abuse are far more commonly depicted in modern-day media.

To truly alter society's view of love, instead of merely acknowledging the presence of toxic relationships, media should exemplify the respect, trust and communication in a healthy one.


Isabelle Yang. Hi! I'm Isabelle (she/her). Outside of SCO, I love to listen to music, hike and solve puzzles. More »