With election day less than a week away, the Maryland gubernatorial race is on its home stretch as incumbent Martin O'Malley holds a sizeable lead in polls over former Governor Robert Ehrlich. Since Ehrlich entered the race in April, this rematch of the 2006 election has been defined by back-and-forth berating, nasty TV advertisements and heated debates. It's clear that O'Malley and Ehrlich share a general dislike for each other, which has given the media a field day. Most voters seem to resent the media hubbub surrounding the O'Malley-Ehrlich grudge - they would rather see focus remain on legislation and what's going to be done. There's good reason for taking this point of view, but come on, who doesn't love some good, old-fashioned, dirty competition? 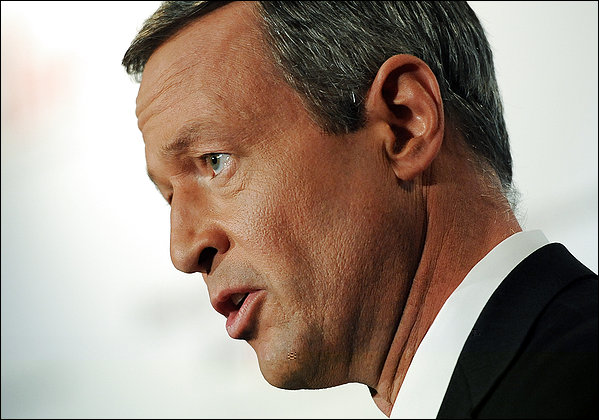 Photo: O'Malley, pictured, and Ehrlich have engaged in an extremely heated campaign since April.

Photo: O'Malley, pictured, and Ehrlich have engaged in an extremely heated campaign since April.  Photo courtesy of washingtonpost.com .

On April 8, just one day into the campaign, tensions had already began to flare between the current and former governor. After O'Malley claimed to have answered more questions at a 10-minute press conference than his opponent had answered all week, Ehrlich retorted: "I'm not going to participate in a grudge match. I did that [kind of thing] in middle school." And so, the rivalry began, whether Ehrlich wanted it to or not. Over the next four months, O'Malley and Ehrlich proceeded to spend millions of dollars on TV ads mostly criticizing each other, instead of promoting their own campaigns. O'Malley's fellow democrats Sen. Ben Cardin (D-Md.) and Rep. Elijah Cummings (D-Md.) recently accused Erlich of using dirty tricks in the election process; meanwhile, on Monday, Ehrlich held a rally in Clarksburg and posed for pictures in a dump truck labeled "Help Clean-up Maryland, dump O'Malley."

In September, the two candidates released viral videos over the internet disrespecting one another - this one, from Ehrlich's campaign, exposes O'Malley's weak points, and calls them "O'Malley's worst hits." O'Malley came back even stronger, releasing a string of his own videos, including one from October 13 titled "Ehrlich will say anything to get elected," which pinpoints Ehrlich's $3 billion tax raise while in office along with his more recent $2.5 million earnings from a lobbying firm as reasons he cannot be trusted.

Whether you're a fan of O'Malley or Ehrlich or not a fan of politics at all, there's one thing we as students should all agree on: this campaign is incredibly entertaining. It's not common to see politicians bashing each other on a regular basis - and it brings a little more excitement to perhaps an otherwise dull or boring election. Because most Blazers aren't old enough to vote, many aren't very interested in politics and don't even pay attention to them outside of their NSL classes. Maybe this race can show people that politics can be competitive, fun to follow and a little bit crazy - like a football game with two teams going at it. As for the election, O'Malley has the advantage right now, as early voters say they support him over Ehrlich by a three-to-one margin according to the Washington Post. No matter what happens on Nov. 2, one thing is probably true: this grudge isn't over, and we'll probably see these two battle it out again in four more years.