The life of a teacher with two jobs

He is known around Blair Boulevard as the teacher who has a farm and offers students the chance to work there during the summer. On Thursday and Friday every week, she leaves her classroom in the 160's hallway and walks to her car and makes the journey to a destination that resembles a home but has way too many tables and a far too large kitchen. Simply, she goes from waiting on students to finish their work to waiting on tables. As he walks out of Blair in his khaki pants with another workday complete, instead of being able to flick the off switch, he must stay completely focused. After teaching two to three AP classes depending on the day, he gets in his car and instead of plotting a route to his house, he directs himself to a different destination.

Science teacher Antonios Ekatomatis and social studies teachers Jennifer Bach and Marc Grossman are all teachers with a second job. Ekatomatis works at the government institution National Institution of Health (NIH) where he is currently researching possible solutions to diseases such as Parkinson's and Alzheimer's. Bach works as a part-time waitress while Grossman is the co-owner of The Farm at Our House.

At his job at NIH, Ekatomatis works as a researcher in a neurobiology lab, developing nerve systems and gene expression patterns in the development of organisms at the genetic level. This research will help patients who are suffering from neurodegeneration of the brain tissue. "It's cutting edge work," Ekatomatis says excitingly. While it might seem like a daunting task to balance teaching and working, Ekatomatis has worked at NIH for ten years now.

Ekatomatis is considered almost a full-time employee. "I'm considered a non-exempt full time status employee. I receive paid leave," he says casually. This means that he works almost every day for his second job- sometimes from home. "Usually after teaching I spend my afternoons there. I also telework," Ekatomatis says. During the summer, Ekatomatis works full time. 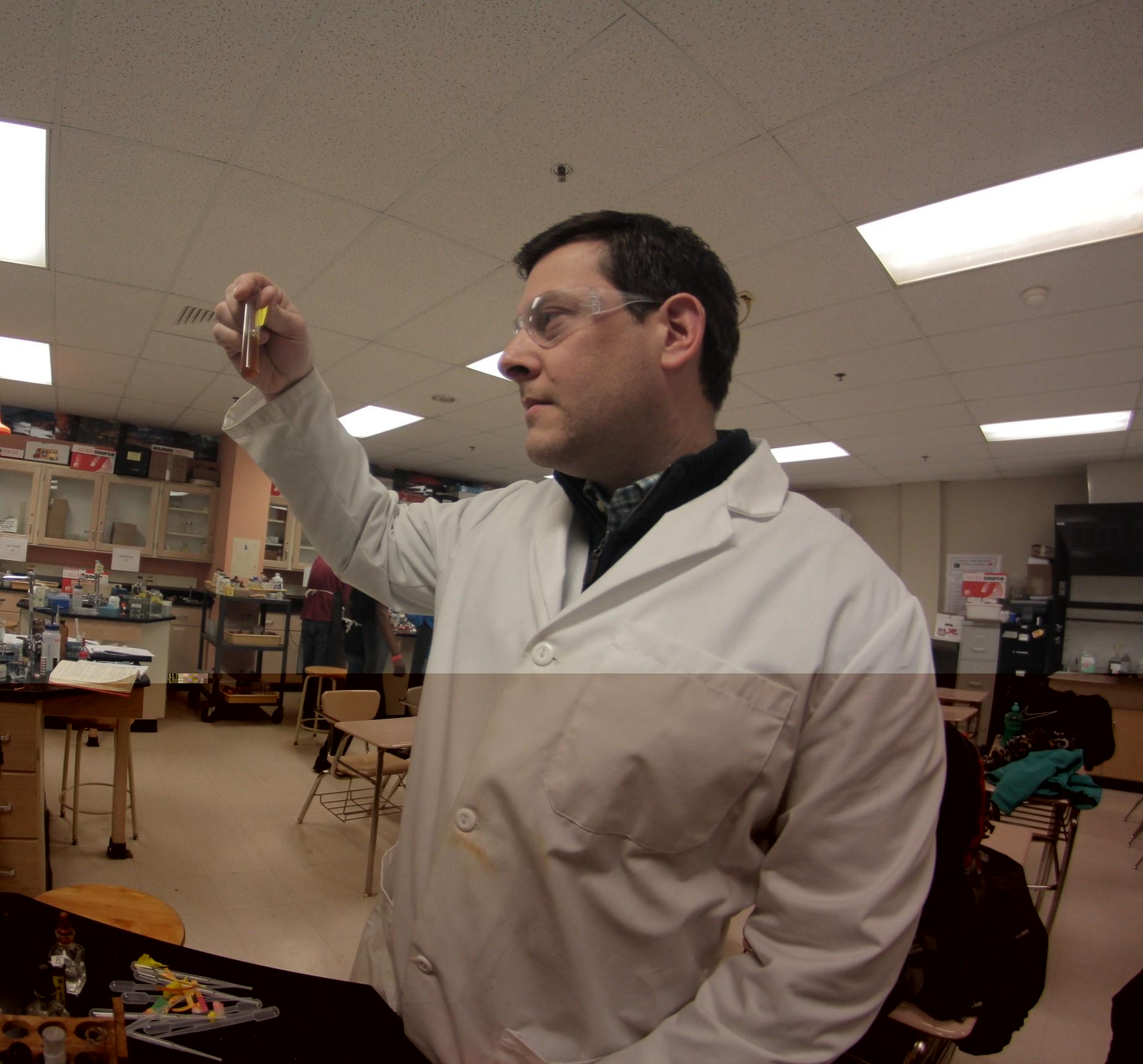 For Ekatomatis, he just enjoys the advantages his other job offers him. "Most of it is my passion for doing research so I like staying current in advancements in the field," Ekatomatis says, smiling.

Serving the plates of knowledge

Social studies teacher Jennifer Bach works as a waitress at a Seasons 52 restaurant in addition to her teaching duties. If consistently having to take orders and deliver the requests to multiple tables does not seem like enough, in her already limited spare time, she also sponsors the mock trial club at Blair.

Bach is in her first year teaching at Blair and for her, the extra money that she gets from her second job is very valuable. "I need more money to pay off student loans," Bach says plainly.

Plowing the fields of the future

While both Ekatomatis and Bach's jobs are very modern, Grossman's second job is more primal. He works at a farm called, The Farm at Our House, and it is part of the program "Our House," in which at-risk teenegars and juevinile deliquents can learn cultural skills as they farm and earn their GED at night. "Kids who have encountered the law can serve their sentence at Our House," Grossman says in a serious demeanor. Along with the juveniles, orphans also work at the farm. Both groups living at the facility get paid.

During the school year, Grossman does not work full time at the farm but pitches in from his home. However he still travels to the farm at least twice a week where he works. "I work on the farm one day a weekend and one week night for 7 hours," Grossman says. Sometimes, he works even longer. When the school doors close for summer, instead of pondering possibilities of relaxation in the next three months, a thought comes across his mind in a whirlwind, reminding him that the work at the farm beckons. Grossman works full-time at the farm during the summer. "It's something I can do during the summer," Grossman says.

Grossman's reasons for working two jobs have more to do with the financial side of things, similar to Bach. Grossman shares this same view, but has a different motive for receiving the extra income. "I'm the primary breadwinner in my family with two children," Grossman says. When the economy collapsed in 2008 and the salary for teachers did not increase, Grossman realized he had to do something. "I didn't feel comfortable making the school system my primary source of income," he said after letting out a sigh. As he had farmed before teaching, he realized there was a potential there to gain more income and took advantage of his previous knowledge.

The secrets to managing two jobs

After hearing about the hurdles and difficulties required in managing, it is hard to imagine how they stay on top of schoolwork and their other jobs' work. Ekatomatis believes having two jobs helps a person's discipline. "It requires balancing a lot of stuff. It teaches you to be efficient," he said pensively. He also tries to grade papers as fast as possible so that work does not build up.

Grossman draws a likeness from his second job to his previous tenure as coach of the JV boys' soccer team. "It's capital intensive; it's the equivalent of coaching two sports," he says.

Bach manages to stay on top of things by finishing most of the work associated with teaching in the days she is not working. "I grade papers on Mondays, Tuesdays and Wednesdays," Bach says.

Overall it is hard to comprehend how these teachers manage to balance both their jobs at Blair and their jobs outside of school, but somehow they manage to stay on top of all of their obligations to allow this busy life.