The hidden heroes on the Blair football team

Back-up players fulfill an often overlooked, but crucial role for their team 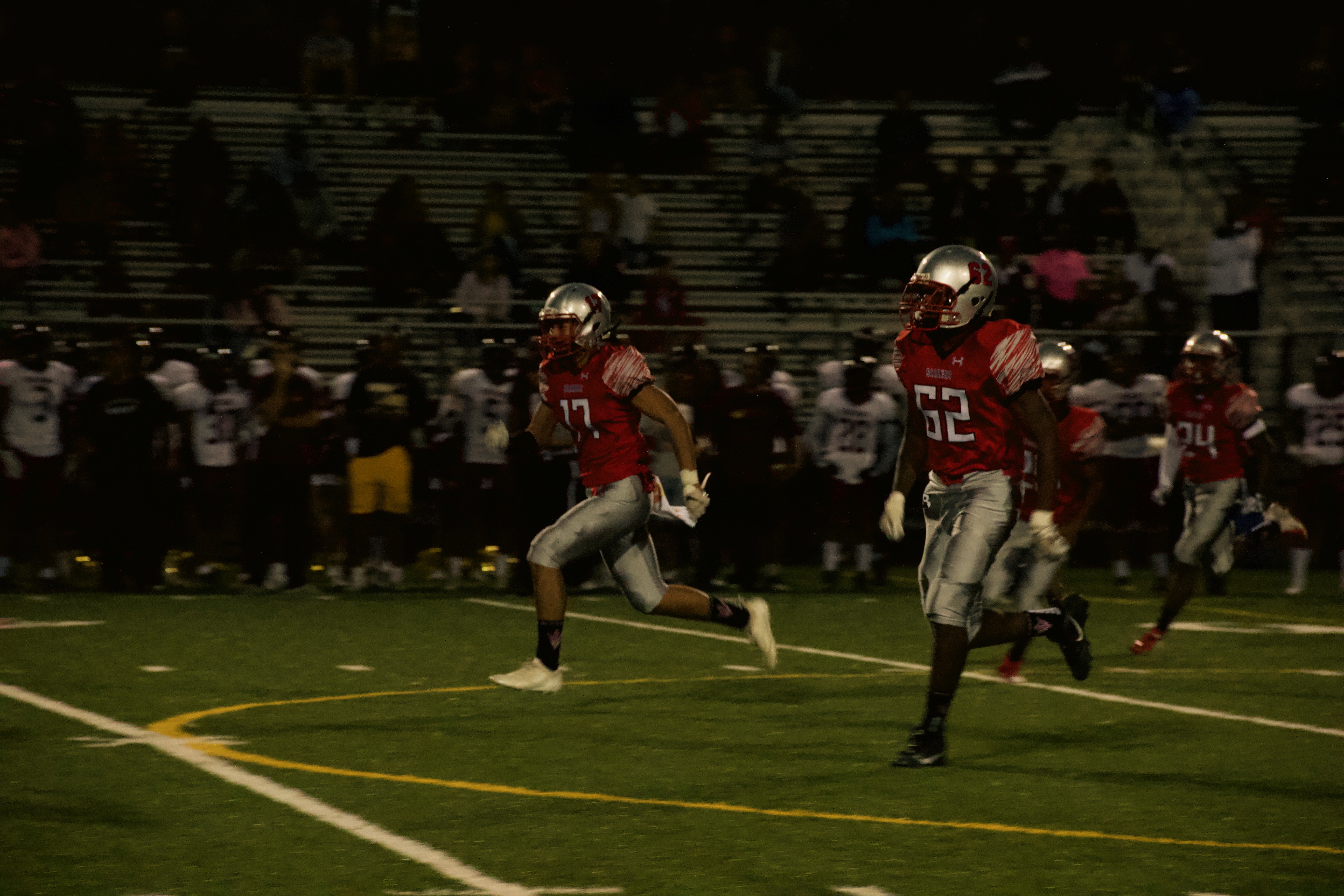 The players on the field tend to be the ones basking in glory and fame after a win, but the players on the sideline are overlooked. They're always around to help their teammates with keeping them cool, and help them with moral support as a whole."When my teammates get mad because of something they could've done that they didn't do, I'm there to support them, trying to keep their heads up while also trying to keep them calm," senior wide receiver and linebacker Jonathan Hoang says. It's crucial for players like Hoang to keep the team morale high, "I always try to have a positive energy for the team and try not to have my teammates go off on each other," he states. As one of the seniors on the team, he has a leadership role despite being a special teams player, "I feel like some of the younger guys do look up to me," Hoang says.

Though he is one of the only sophomores on varsity, quarterback and wide receiver Andrew Merrill has become very influential to his teammates. "I learned that the more vocal that you become, the more people are going to listen. I've become more vocal on and off the field and started to connect with more players than last year," Merrill claims. Merrill aims to use his skill to make his teammates more competitive and challenge themselves. "I’m the guy in practice that likes to challenge my teammates to go hard so they can get better. I’m not the best athlete in the world, but pushing each other in practice helps this team a lot," he says. Since he is younger and less experienced than his teammates, Merrill's bound to get less time. "I didn't expect to play much because of the skill there is at my position. The guys ahead of me are more experienced than I am so it's difficult to try to beat them for a starting spot," he states.

Some players, such as junior offensive/defensive lineman Chidi Opara, embrace their role on the sidelines and see it as an opportunity to learn from star players. "I love being out there on the field. I want to get better everyday, and people like Zaire Cooper, Khalif Welch and Chris Watkins have great support for me. Cooper helps me with my technique as a lineman," Opara says. As Cooper has been very successful for the Blazers, Opara aspires to fill his shoes and have the same impact on the team. Although it can be frustrating, Opara also takes advantage of his time on the sidelines by trying to gain knowledge on the sport, becoming a student of the game.

Junior Christopher Johnson is part of a very talented group of running backs on the Blair football team, joining senior Christopher Watkins and junior Brian Williams. He takes this opportunity to learn from his fellow running backs. "It’s basically like taking a class, you are always learning what to do by watching them practice and play," Johnson chuckles. Another key role of players like Johnson is their position on the scout team. The scout team imitates the upcoming opponent, giving the team a simulation of plays they'll run and what to expect. "My role on the team is basically being an MVP on the scout teams and helping the players get better during practice," he says.

From moral support to preparing their teammates for their next opponent, these players do it all. Although they might spend most of their time on the sidelines, they have an immensely important role to play in the team.