During a brisk sixth period lunch at an outside table, senior Lul Mohamud's face shows a smile of possibility. She wears a light blue hijab with streaks of lavender from the slight rays of sunlight. Heart-shaped pins decorate her scarf. She alternates the shapes of these pins between seasons. She ponders, looks up and says, "Being a teenager in the 21st century, I see the hijab as canvas to be doing whatever I want with it." 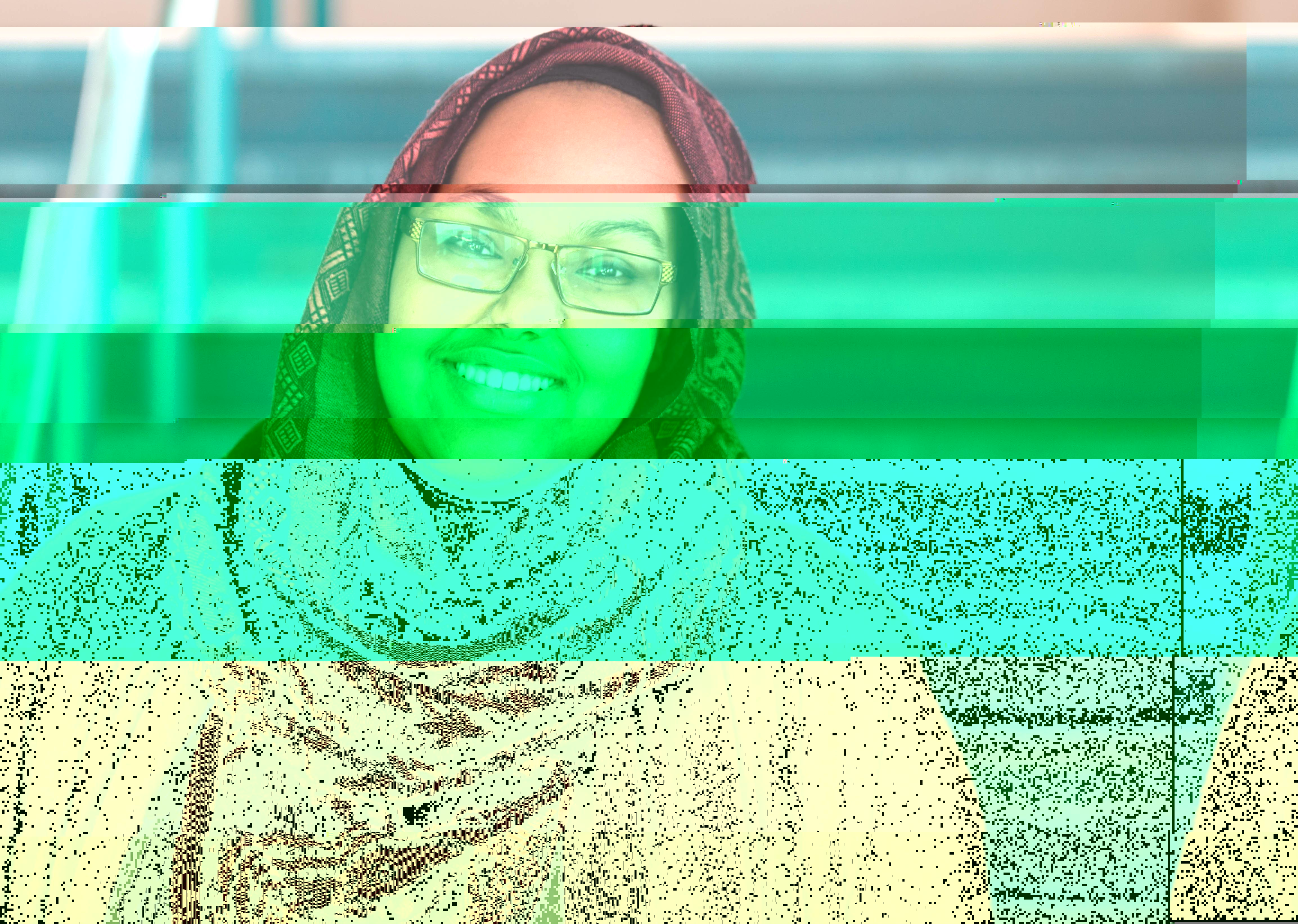 Like many Muslim Blazers, Mohamud is a proud and dynamic Hijabista, a Muslim woman who wears the hijab as expressions of both her religious devotion and stylistic pride. The variety of colors, texture and pattern in scarves makes her feel empowered. "There are a million ways, a million colors a million patterns in which I can wear the hijab. So it's kind of a way of self-expression for me. On the other hand, it's also showing people that I'm devout to my religion and that I apply those principles to modern society and self-expression," she says.

Mohamud decides to stand up, just as she stands up to her principles and varied ways of expression. She started wearing the Hijab in eighth grade out of a personal decision without any parental pressure. Since then, she's found ways to fulfill her religious requirement of remaining covered, while still being colorful and varied. She moves her hands on her sides like a balanced scale and says, "It's not just for fashion. You have to cover yourself and make sure that everything is covered. But don't feel like you have to wear all black all the time."

For Mohamud, her mood determines how she'll drape and accessorize that day. She says, "Sometimes I just feel lazy so I just drape it over. Sometimes I get all fancy with different kind of pins and styles. It all ranges but it also has to meet those requirements." Her absolute favorite style is the head-wrap and neck-scarf. She claps her hands and lets out an eager laugh, motioning how she puts together her favorite hijab. "Sometimes I like to wear it where I just cover up my ears and I wrap it around my hair and then I wear a bigger neck scarf. I love that style because I do that a lot when I'm at home or especially during the winter time." Still, on a daily basis, she prefers the simple wrap around. "It just looks pretty," she concludes.

Along with Mohamud, the Hijabistas of Blair always have a balanced attitude toward their Hijab, keeping religion and fashion side-by-side all the time. Senior Fizza Jamal sees this to be true, while never sacrificing the rest of her outfit. Ornamented with glossy eye-shadow and artistic liner, she proudly summarizes her philosophy. "I carry my religious side and my fashion side together but I make sure that my outfit is on point." 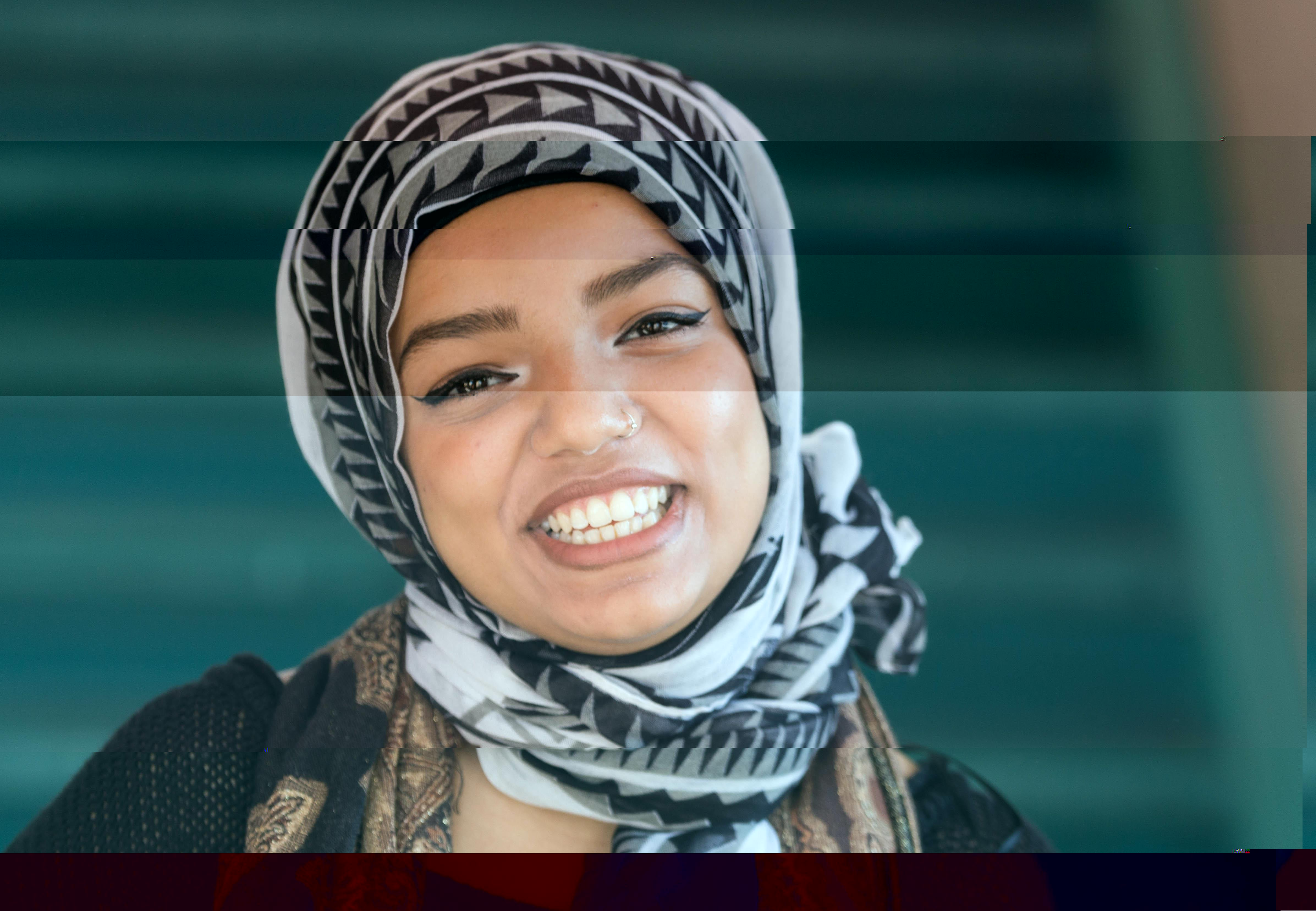 Jamal hopes Blazers can understand the Hijab is not a mode of oppression. Popping her jacket she proudly labels herself as an advocate and informer. "Through my hijab I kind of send a message that you don't have to look sad," she says. "People say that if you wear a hijab you're not going to look stylish, so I just want to show that even with the Hijab you can work it."

Jamal's personal style is a way of working around her Hijab while making it still a central part of who she is. "My Hijab is a part of who I am. It's my identity. I like to dress grunge and wear spikes and big jackets and loose clothes."

Even with her personal style as a part of self-identity, Jamal does feel at times that outward appearance and inward decisions aren't always synonymous. She says without a stopping breath, and with increased force, "I know in religious views you have to stay conservative but to me, I know that even with the Hijab on my head and the way I carry myself, I'm not doing anything wrong," she says.

Jamal and Mohamud's preferred styles are unique to them and based on what makes them feel them good for themselves. 'Feeling good' are the guiding words for junior Hijabista Nazea Khan, too. With soft words and a relaxed voice, Khan likes to be comfy. Snuggly sitting down with a book on a Media Center couch she says, "I like to keep in mind in the morning that I will always want to be comfortable and make sure I'm covered."

As the seasons vary, Khan maintains staple color combinations for every time in the year, staying with neutral outfits to suit more patterned Hijabs. She says, "In the wintertime I keep the black and the brown and then the dark colors so I can wear a bright scarf and in the summertime I keep my colors light so then I pop it with a bright color." 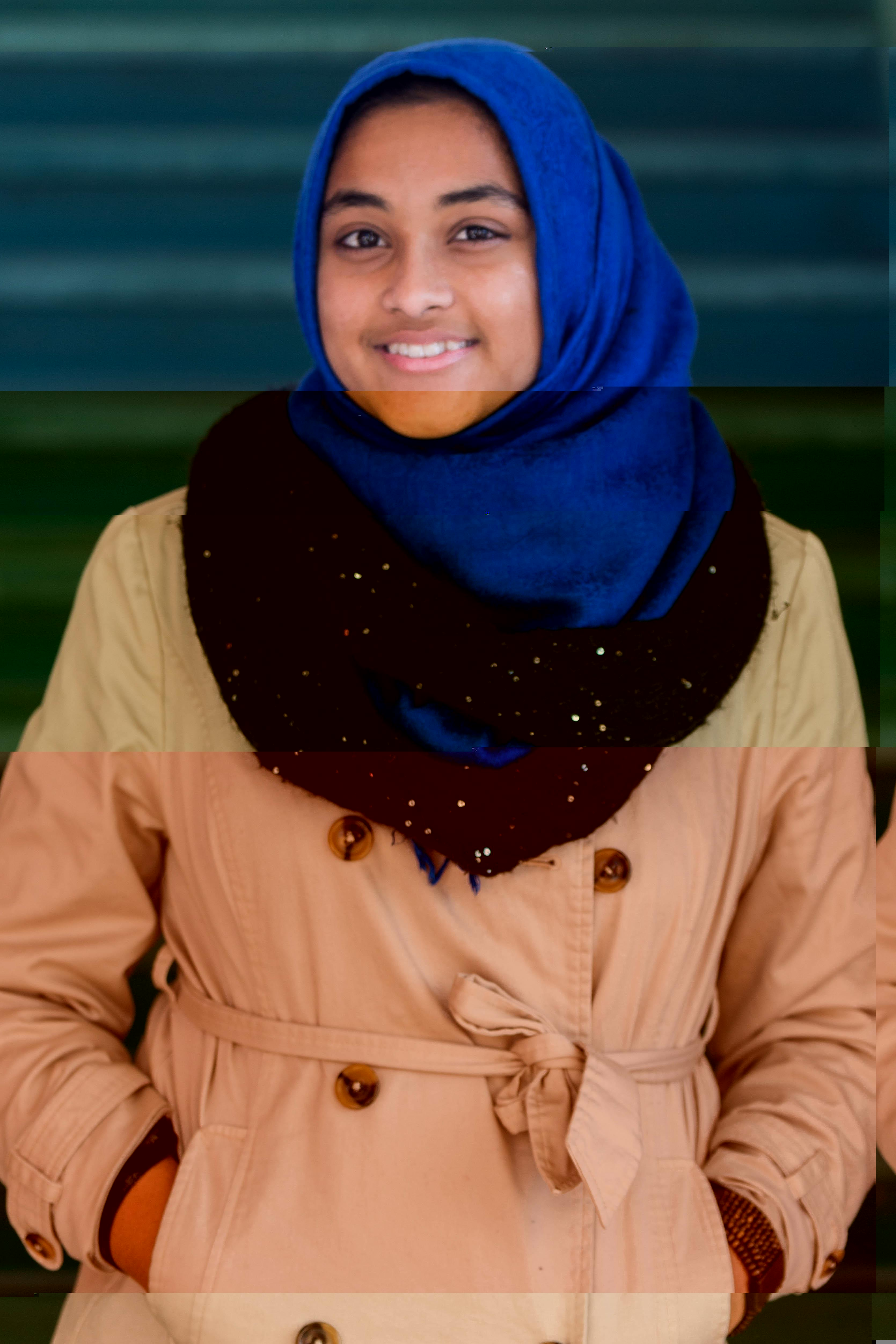 For Khan, as for many Hijabistas, the transition to wearing a Hijab is not always easy nor frequently discussed. She started wearing the Hijab between middle school and high school, synchronizing a change in schools with an already difficult change for her wardrobe and style choices. But eventually, Khan was able to successfully transition. "Freshman year was pretty hard because I couldn't find many outfits to wear. But I worked around it. I used a lot of those neutrals and basic essentials for every season."

Wearing the hijab motivates these girls to express their personal styles even more. While surpassing a stereotype of what may seem as a setback, the hijab itself serves to strengthen a unique outfit and proud identity.