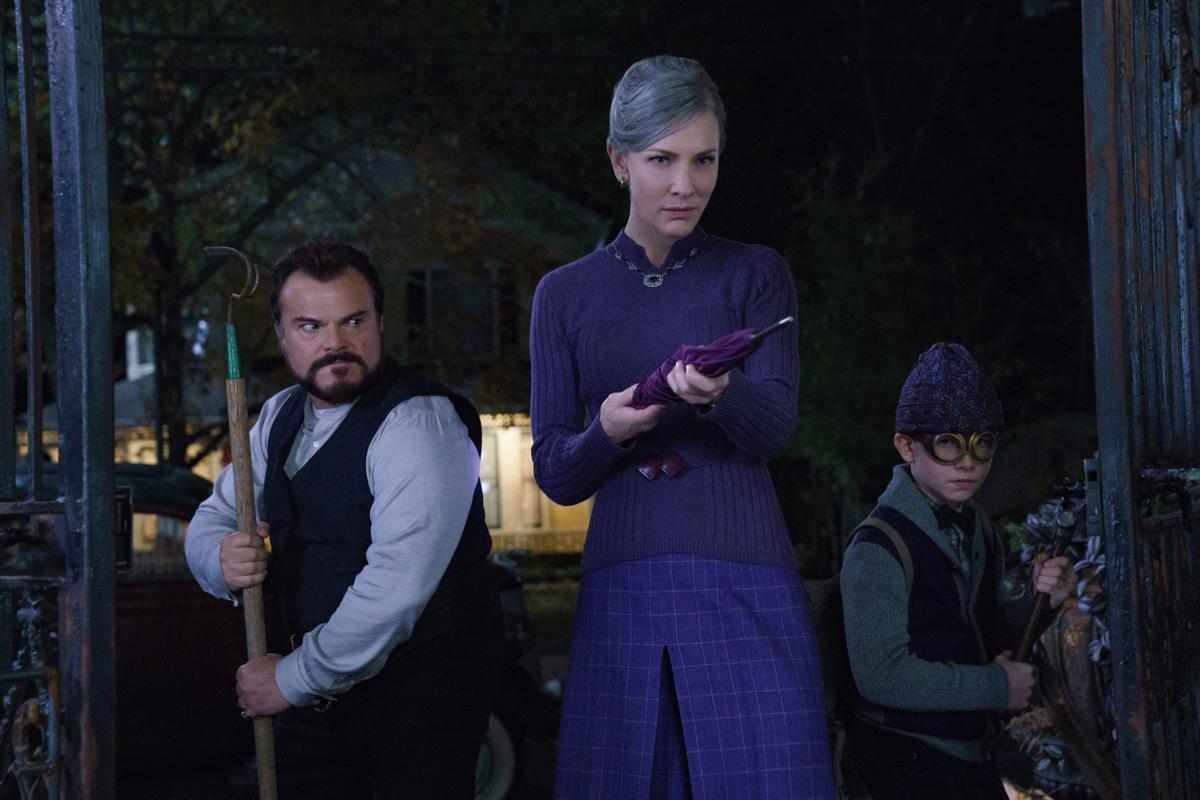 Scene from The House with a Clock in Its Walls

Photo: This season brings a perfect movie for families looking for a fun holiday scare

Photo: This season brings a perfect movie for families looking for a fun holiday scare Photo courtesy of Cadillac News.

As the weather grows colder and Halloween approaches, The House with a Clock in Its Walls prepares families for the spooky festivities lying ahead. Kid-friendly scares and playful humor make this movie perfect for families to watch on movie night.

The House with a Clock in its Walls tells the story of Lewis Barnavelt (Owen Vaccaro), a 10-year-old boy whose parents died in a car crash in the 1950s. After the accident, Lewis goes to live with his uncle, Jonathan Barnavelt (Jack Black). To his dismay, Lewis learns that his uncle lives in the town’s famed haunted house, where Isaac Izard (Kyle MacLachlan), Jonathan's former best friend, died mysteriously.

On his first night in the house, he hears an unusual ticking within the walls. The next morning, Lewis confronts his uncle about the ticking, and Jonathan confesses that the previous owner, Izard, was a warlock and embedded a clock in the walls to drive Jonathan crazy. Jonathan goes on to explain that he is also a warlock and so is his next door neighbor, Florence Zimmerman (Cate Blanchett). Hearing these revelations, Lewis begs his uncle to teach him how to become a warlock, after which Jonathan reluctantly agrees. As crisis abounds and unexpected threats arise, Lewis’s newly acquired powers are put to the ultimate test.

Lewis is not your ordinary kid in a typical 1950s small town America. He wears goggles and carries a dictionary everywhere, which causes him teasing at school. Yet, he stays true to himself and doesn’t let bullies get him down. Lewis is an inspiration, because he is relatable to kids in the same position as he is. In addition, Vaccaro’s excellent portrayal of a misfit kid with an indomitable spirit shows Vaccaro’s talent for taking on new personas. 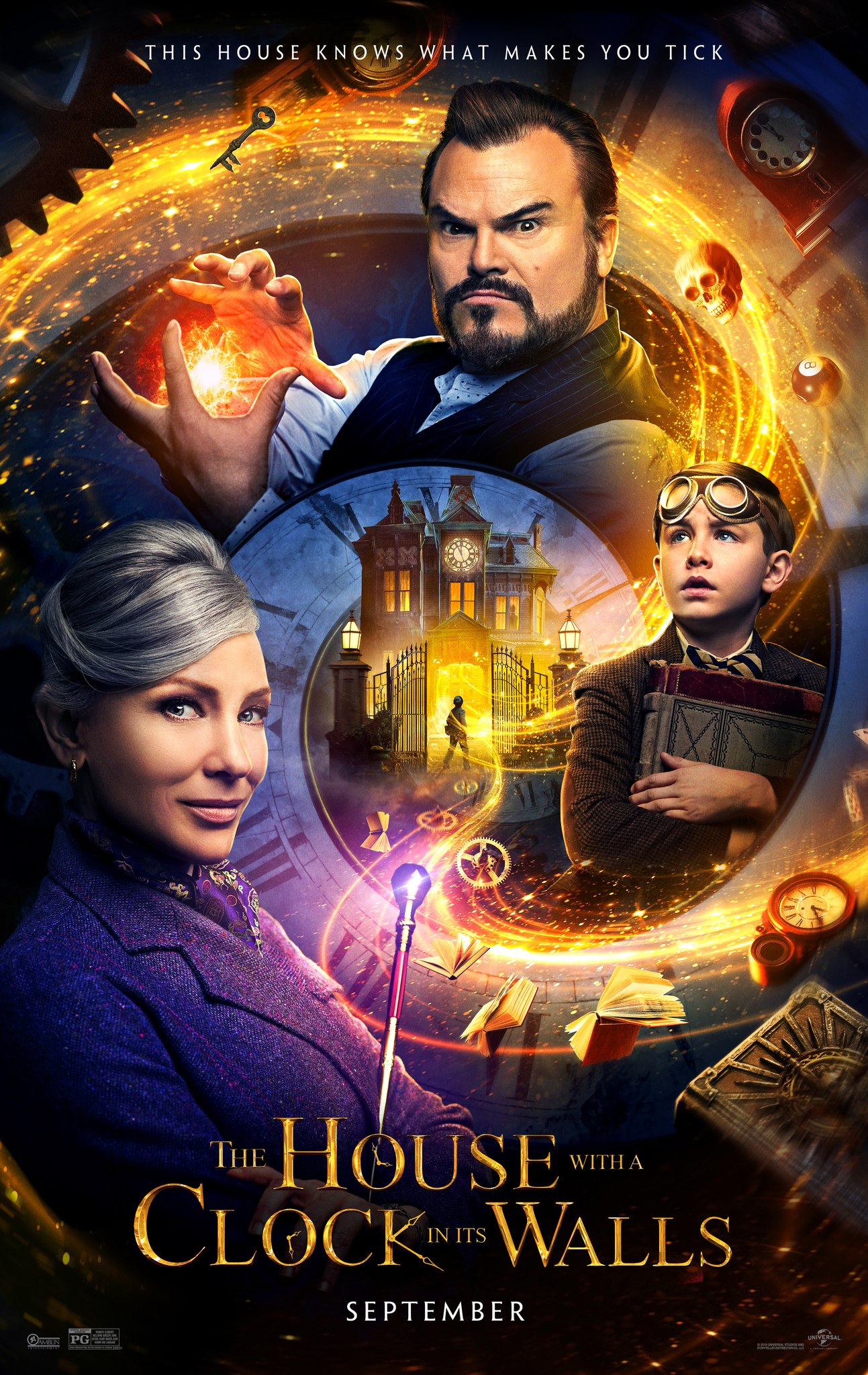 The House with a Clock in its Walls

In some ways, this movie is a slightly predictable variation of Harry Potter. The tricks and magic are nothing new; the humor is largely potty humor and the scares are clearly geared towards younger children, consisting of childish things like possessed jack o'lanterns and dolls. Thus, this movie might not appeal to kids in the older age ranges. Despite these shortcomings, there's no doubt this is a great movie for families with younger kids.

Audience will love how the house itself comes to life with inanimate objects performing magical tasks. What's not to love about a chair that acts like a dog or a lion shaped bush that doesn't know how to use the litter box? The graphics are seamless, making these characters feel all the more real.

Nathan Barr’s soundtrack is quirky and lends an air of mystery. The music sets the tone for the emotional feel of the movie, carrying the audience along through moments of building tension and comedic relief. Hardly the most noticeable aspect of the movie, the soundtrack is a valuable background feature that helps move the story along.

The love-hate relationship between Jonathan and Florence is one of the most engaging aspects of the movie. Their witty banter is comical and brings the audience closer to the characters' diverse personalities. The general lack of romantic involvement is genuinely refreshing. Romantic relationships are a Hollywood standard, and it's nice to see a deviation from the usual practice. Moreover, Jonathan is outgoing and funny while Florence is reserved and wise. These differences in their personas make for the perfect balance. Fans of Jack Black’s humor will not be disappointed and will see him like never before in the climactic scene

Overall, The House with a Clock in Its Walls is a great movie for families with young children. It's appropriately scary for its demographic, and the magical effects are creative and comedic. Those looking for a true horror film will be disappointed, but those looking for a good laugh and classic scares have come to the right place.

The House with a Clock in its Walls was released on Sept. 21 is rated PG for kids and families and is now playing at AMC Wheaton Mall, AMC Mazza Gallerie, AMC Academy 8 and Regal Majestic Stadium 20 & IMAX.