The inside scoop on motivational posters

Is a picturesque sunset really going to improve your grades?

The average Blair classroom has decor on all four walls. Sometimes there's artwork, assignments the teacher chooses to showcase as praise for a job well done, or a schedule for the day. But no matter the classroom, almost all teachers choose to adorn their walls with motivational posters.

Blair students have differing opinions on what effect these peppy, brightly colored slogans actually have on a student's performance in the class and whether a laminated image of an athlete trying their best will suddenly bring to memory a forgotten formula midway through a semester exam. 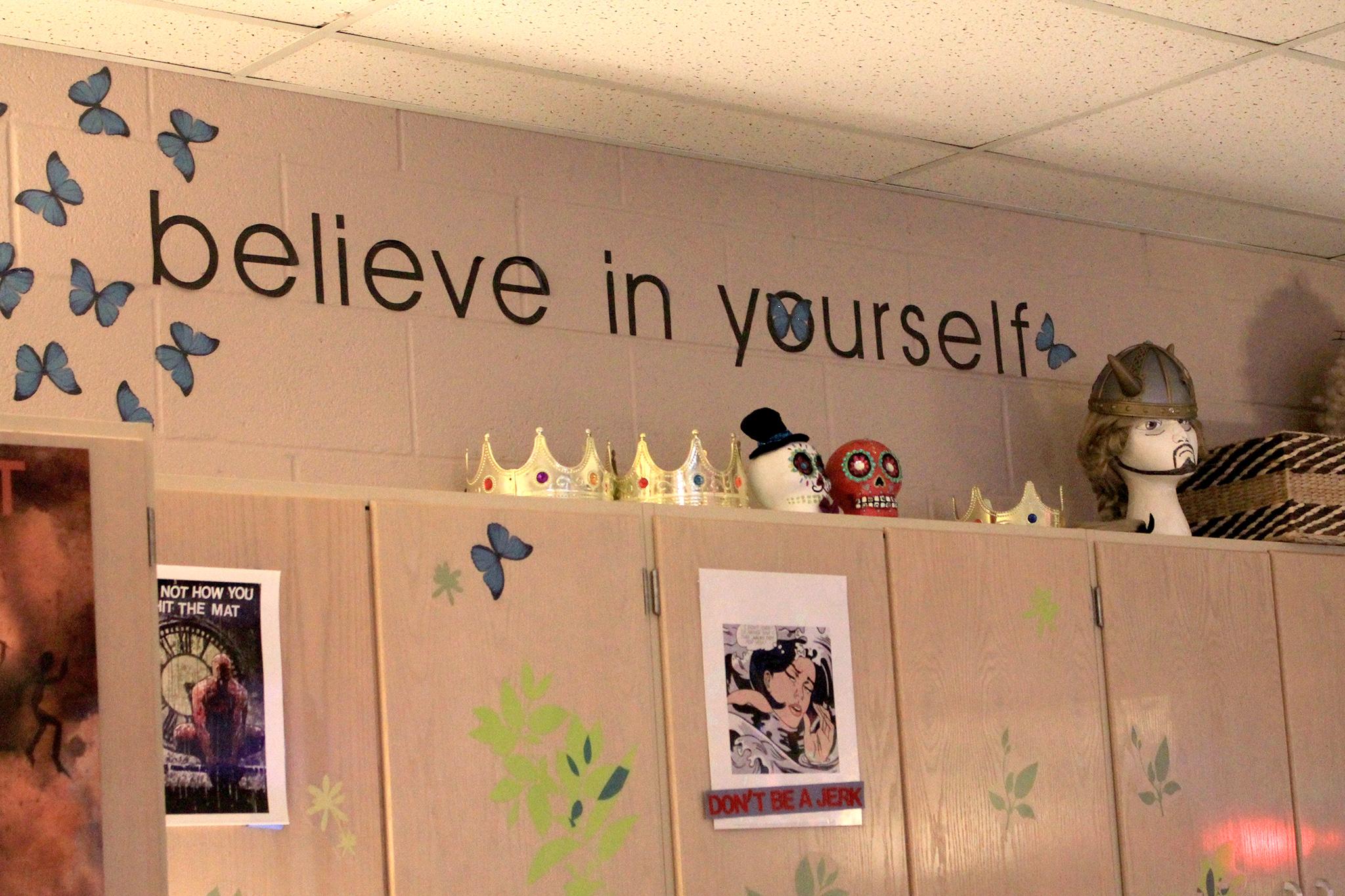 Photo: "Believe in yourself" adorns the wall of a classroom.

Photo: "Believe in yourself" adorns the wall of a classroom.  Photo courtesy of Donald De Alwis.

Senior Debissa Nuressa sees one reason for their lack of impact on the classroom. "I don't think anybody really cares about the motivational posters," he explains. "Nobody I know even looks at them anymore. Actually, why the heck are you even writing an article about them?" Nuressa clearly isn't aware of the educational implications wall decor can have, like the significant raise they cause in test scores (yet to be proven).

According to junior Max Barbieri, the posters don't have any positive effect on the classroom environment. "I find them condescending and unrealistic. They just seem fake," Barbieri explains, gesturing towards the grinning chimpanzee on the wall of his Calculus classroom. The slogan reads, "Just keep smiling."

However, some students actually find a use for these posters. Sophomore Deanna Williams was able to entertain herself after a final exam thanks to the nearby image. "It was a picture of a dog wagging his tail. I think it was in one of the physics rooms," Williams remembers. "I was done with the test and just bored out of my mind, and I had never really noticed the thing before, but when I saw it, I was like, 'I can totally draw that!'" And she did.

Junior James Nguy was also able to make use of a motivational poster during his biology class. "I was really bored that day, and I was just kind of zoning out. But then this poster of some soldier caught my attention, and I focused again. If it weren't for that poster, I might have never learned about the mitochondria," recounts Nguy. 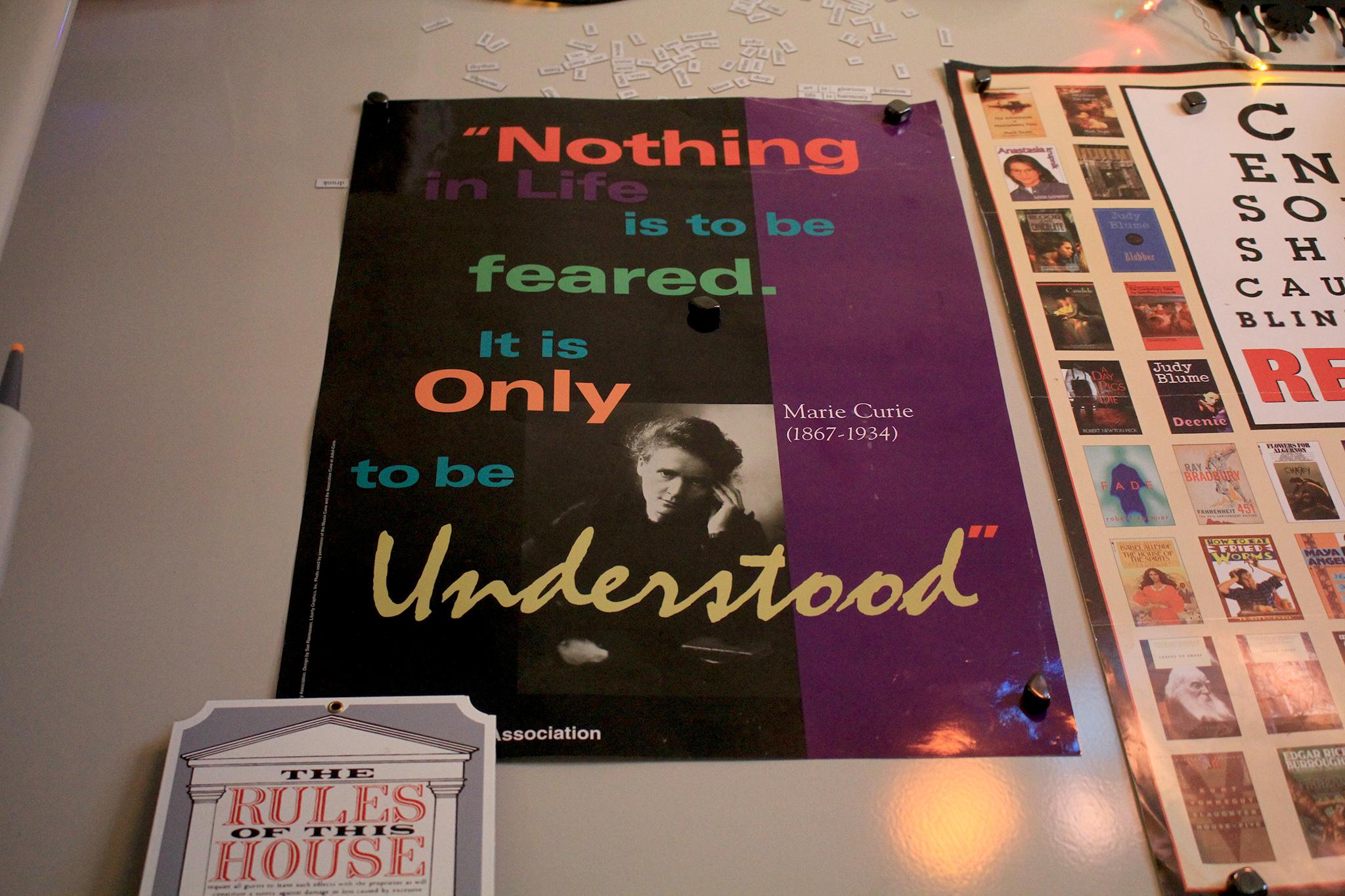 Photo: Some classrooms have quotes on posters to motivate the students.

Photo: Some classrooms have quotes on posters to motivate the students.  Photo courtesy of Donald De Alwis.

Some students seem to have benefitted from the slogans emblazoned across the walls of Blair. According to math teacher Fulbert Lewedia, his students just need that extra push to get to where they want to be. He even adds a motivational clip to compound the posters that adorn his walls. "I like to show a short video at the beginning of the year. It has a runner who falls down during a race, but she gets back up and finishes first. It's that kind of relentless spirit that I want to impart onto my students," he says.

The same lesson is clearly evident on a photo of ants working together to bring food to the hill, captioned 'Teamwork makes the dream work.' So quit complaining and making fun of the motivational posters that pepper the school's walls, because they aren't going anywhere, and there's a slight chance that they actually do something.