The "International" needs a bailout

Hollywood has a knack for trying to make money off of the latest real-world crises, the theory apparently being that factual adversity makes for timelier, more believable fiction. Now, as hunched-over, defeated banking executives testify about our broken economy before Congress, the studios have brought for our consideration "The International," a faux-intellectual semi-thriller that ditches the time-tested machinations of a human villain for (drumroll…) the evil practices of a big mean bank. 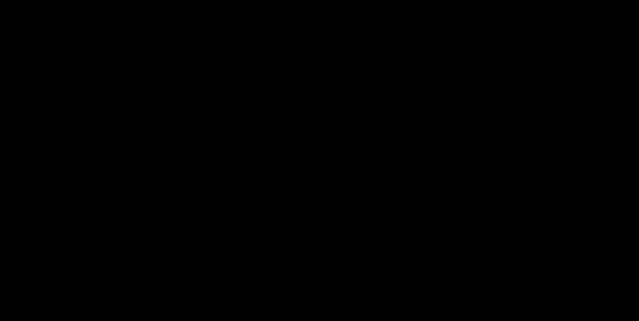 The corrupt financial institution at the film's heart is the International Bank of Business and Credit (IBBC), which reaps massive profits by illegally dealing with the world's more unsavory businessmen. Interpol agent Louis Salinger (Clive Owen) and Manhattan's Assistant District Attorney Eleanor Whitman (Naomi Watts) are hot on IBBC's trail, but every move they make is countered by equally sly moves by the bank. Salinger and Whitman pursue their enemies through a diverse array of international locales, creating an undecipherable web of murder, deceit and vigilantism.

Studio executives nailed the timeliness of the film's promising concept but sadly, they seem to have missed the plot in the process. From the first few frames, scriptwriter Eric Singer injects unlikely plot elements that force audiences to suspend their disbelief. Owen's and Watts's characters are an implausible team from the get-go: a small-time prosecutor working with a member of a global agency. As they slowly swim through plot holes the size of America's debt, they meet unlikely, poorly-researched characters including an oxymoronic Communist banker and a devout Muslim arms dealer whose primary client is Israel. Cheap writing is used to continue a sad, tired story: when Salinger's pursuit of a suspect leads to an abandoned lot in New York City, his suspect walks out of an adjacent storefront, oblivious.

What's worse is the continuous lack of action. The array of worldly locations, the financial backdrop and complex conspiracy theories are part the film's larger attempt at intellectualism, performed alongside Singer's underlying assumption that smart people don't like films with a pulse. The gunfire, blood and intrigue that have become staples of the thriller genre are replaced with… nothing. People talk. People move. People talk some more. Nothing happens. In fact, Singer's writing mockingly disparages the entire genre, writing a scene where Salinger succeeds in chasing down a car on foot through use of an all-too-conveniently placed shortcut.

Surprisingly, the film almost manages to recover. The aforementioned fluke leads to the movie's most exceptional sequence, a beautifully choreographed, technically accurate shootout filmed in a to-scale replica of the Guggenheim Museum. No exhibit (no wall for that matter) is spared from the IBBC's supreme wrath, as blood oozes, civilians scream and our hero runs for cover. In this and other sequences, director Tom Twkyer does his best to save the ailing movie from itself. Well-cut sequences depict the cover-ups and conspiracies interestingly, if not understandably, while a palette of grays, whites and blacks embody the cynicism inherent in Salinger's investigation.

Forget Watts and her character: the investigation is unquestionably Salinger's just as the film focuses squarely on Owen. The man who recently rejected the role of James Bond in "Casino Royale" steps into his role as a washed-up, revenge-seeking secret agent ("Quantum of Solace" anyone?) with gusto. Throughout the film, Owen has the unkempt physical appearance of a man no longer concerned with his own well-being, combined with the forcefulness of a man with one burning obsession left. While it's not unfamiliar territory for Owen, who's played desperate men in 2005's "Sin City" and 2006's "Children of Men," it's certainly convincing and entertaining work.

Just as you're poised to forgive the film's pretentious nature, its weaknesses once again come back to shoot it in the foot. Owen's performance as Salinger is spot-on, but the poorly written dialogue seems to annoy his co-stars, Watts in particular gives a performance audience's will try to forget. Her long-winded idealism sounds scripted and overly eloquent for a spur of the moment outburst. Her emotional range is one of almost continuous neutrality, so much so that she doesn't seem to feel pain after being run over by a car. Even her swearing, which Singer writes in as an afterthought, lacks emotive power. She receives almost no screen-time and even less character development, leaving Owen to single-handedly bear the weight of the film's mediocrity on his shoulders.

In the end, it's hard to truly enjoy "The International," but it's also hard not to feel sorry for those that worked on it. The timely premise and well-executed direction speaks to an incredible amount of wasted potential. Next time, they should spend less money painstakingly reconstructing the Guggenheim and invest in a more intelligent script.

"The International" (118 minutes) is rated R for some sequences of violence and language. Now playing in theaters everywhere.