"The Invasion" of mediocrity

There are so many problems with "The Invasion" that it's hard to know where to begin. The film saw problems early, when director Oliver Hirschbiegel was unavailable for reshoots and the producers had to call in replacement James McTeigue. But the shoddy acting, and the fact that "The Invasion" is the third film based off of the book The Body Snatchers" only supplement the movie's demise. 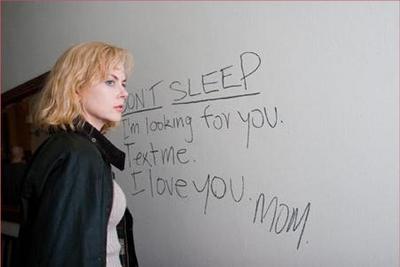 The film tells the story of psychiatrist Carol Bennell (Nicole Kidman) who sees many people losing their emotions due to an alien organism that acts like a virus. She battles to find her son, Oliver (Jackson Bond), who is the key in finding the vaccine that will save humanity from the aliens. Unfortunately, the predictability of the simple plotline destroys any true suspense in the movie, since the foreshadowing is too obvious. This film does not deserve to be called a thriller, but rather, filler.

"The Invasion" is based off of such a cliché idea that it does not use much new material. Because the virus can only infect a person in deep sleep, people in the movie use the "do not fall asleep" policy from the film "Nightmare on Elm Street." The creepy feeling of being watched is apparent in George Orwell's "1984." The gang attack by groups of infected people is a little too reminiscent of the "Resident Evil" series. Even the helicopter pickup scene seems like a mix of the helicopter pickup scenes from "Transformers" and "Behind Enemy Lines." The material is so recycled that it takes away from what could have been great action scenes.

Daniel Craig lowers himself by playing the role of Carol's lover in this movie. Ben (Craig) seems like he has a smaller role than Carol's ex-husband Tucker Kaufman (Jeremy Northam), even though Ben is supposed to be the leading male role. Also, Ben is supposed to be a man trying to hide his emotions, but Craig plays his character stoically, which has similarities to his poker-faced role as James Bond in "Casino Royale." He also failed to keep his accent consistent; it is strongly Australian at the beginning of the movie, but devolves into shallow English by the end.

Kidman, however, does a good job playing a concerned mother trying to hide her emotions. She actually shows that she is not infected, unlike Craig. Even though the character development is still subpar, Kidman does her job to portray the role that she needs to. She is able to show how her character masks emotion even though she is a troubled mother who is determined to protect her son at all costs. It is just too bad that Kidman's decent acting does not make up for Craig's terrible acting.

The movie brings up a couple of interesting but overcooked questions about the world. What will the world do if there is a contagious biological problem? Is peace or control over emotions more important? Although these questions can create a short reflection period about the meaning of life, the movie uses too much recycled material for its own good, and hopefully, directors aspiring to create a fourth remake will see this disaster and stop immediately.

The Invasion is rated PG-13 for violence, disturbing images and terror. It is now playing in theaters everywhere.