The Juno mission to Jupiter comes with a cost

The cost of the Juno mission begs the question: Is it really worth it?

On July 4th, at about 11:18 p.m. EST, the spacecraft Juno began its orbit around Jupiter. 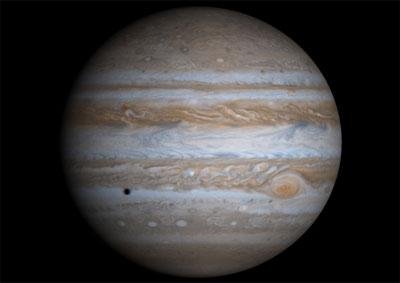 Photo: A photograph of Jupiter as seen from Earth.

Photo: A photograph of Jupiter as seen from Earth.  Photo courtesy of NASA.

The goals of the Juno mission, which was launched in 2011, include collecting data about Jupiter's atmosphere, researching the magnetic and gravitational field, as well as determining whether Jupiter has a solid core.

However, the Juno mission comes with an immense price tag, about $1.1 billion. This includes the $581 million it took to build the spacecraft and $342 million for continuous operation.

However, is it really worth it?

Humans have always held the desire to explore the unknown, and our fascination with space still lingers today. NASA sent the Juno mission to Jupiter in order to satisfy these curiosities. But, it seems that the government is putting curiosities over priorities.

With more pressing needs than space exploration, including poverty, violence, and environmental issues, the United States government should not allocate so much of the federal budget into the National Aeronautics and Space Administration (NASA). The US spends 0.14% of its GDP on space exploration, which may not seem like much but is $16.5 billion that could be spent on more worthy causes. Even former NASA Chief Historian Steven J. Dick questioned, "Is it ethical to explore when there is so much that needs to be done on Earth?"

Space exploration is said to help us prepare for future colonization efforts of other planets when Earth can no longer support humans. But, this reasoning does not apply to planets unsuitable for life, like Jupiter. Taxpayer dollars would be better spent on improving the state of the planet we live on, so we don't have to leave it in the first place.

While the knowledge that we gain from space exploration endeavors like the Juno mission is interesting, the applications are sparse. Writer Robin Hanbury-Tenison of Engineering and Technology Magazine supported this claim by citing that "the amount of money being spent on space research is in the billions and it has achieved extraordinarily little except for a bit of improved technology which would probably have come about anyway by other means." The lack of long-term benefits associated with space travel makes it a questionable way for the US government to allocate its funding.

The international space race of the 1960s was simply just entertaining. It is not hard to to see why the US government has stopped funding the colossal endeavors that were the human-manned moon missions. And despite the fact that our inner curiosities may clamor for otherwise, we as a nation should take more steps in trending away from space travel.

So, if you choose to look up at the night sky and want to know more about what really lies out there, understand that space exploration comes with a steep cost. When we launch and operate spacecraft like Juno, it is our taxpayer dollars that are being wasted. Maybe, everyone will be reminded of this in 2018 when the $1.1 billion Juno mission is projected to disintegrate in Jupiter's atmosphere.