"Dance is really a human form of communication and is a language that everyone understands. I think that's what makes it very special."

Sophomore Valentina Simon has been dancing since she was 5. It all began when her mother took her to a variety of activities in the hopes of finding something that would fascinate her. When she went to her first dance class, she truly enjoyed it. She did well in the class because she was already familiar with some of the skills.

Simon is a ballerina and a contemporary dancer at her dance studio, CityDance. The first time she went to perform at the John F. Kennedy Center for the Performing Arts was when she was in 6th grade performing the Nutcracker Ballet, where she played a variety of roles including an Angel and a Soldier. Ever since then, she has been performing there every year. This year, however, she has a scheduling conflict with her dance studio’s winter performance and will not be able to go.

When she had performed at the Kennedy Center for the first time, Simon suffered from stage fright. The Kennedy Center is a very prestigious stage in the United States, and the thought of performing so publicly was daunting. "What is nice is that when you're on stage the audience is blacked out because there is so much light on stage, so you can't see individual people," Simon says. 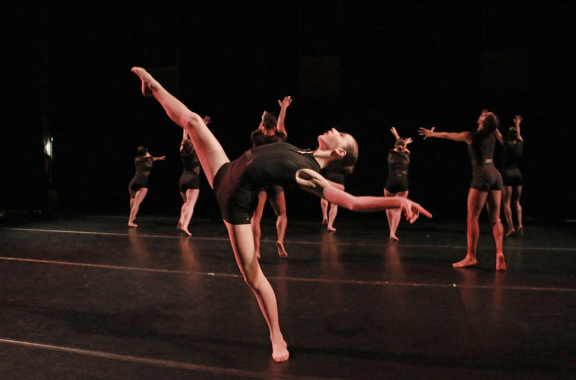 Also helping her ignore her stage fright was the fact that she wasn't dancing alone. Dancing with a group and the sense of togetherness allowed her to steady herself. "You get this great experience and feel a part of a community because you are all moving to the music together, and telling a story with those movements" Simon says.