The kid behind the myth

The critics fail to realize the facts about Johnny Manziel's youth

College football star Johnny "Football" Manziel had quite an eventful offseason (USA Today). The reigning Heisman trophy winner was seemingly everywhere once his season ended last January, making headlines constantly this summer for his off-the-field escapades. Manziel's adventures were amusing and at times immature, but they never exceeded the latter. Whether it was taking wild photos of himself in clubs, hanging with various rap stars like Drake and Rick Ross or mysteriously getting (Yahoo Sports) kicked out of the Manning Passing Academy, Johnny Football's extracurricular activities were never more serious than the behavior of a 20 year old college kid.

Out of all the attention-grabbing antics, the most noteworthy event over the summer was the National Collegiate Athletic Association's (NCAA) investigation into Johnny Football. The NCAA, the governing body of college sports, was looking into whether Manziel had accepted any compensation in exchange for autographs he had signed last January. NCAA bylaws prohibit players from profiting off their names or likeness, so an investigation like that can be very dangerous for a school (in this case Texas A&M), let alone the athlete involved. The NCAA did not find any evidence that would incriminate Manziel, so instead, Johnny Football was suspended for the first half against Rice for an "inadvertent violation" of NCAA rules. Now that the season has begun, the criticism has unfairly followed Johnny Football onto the field. 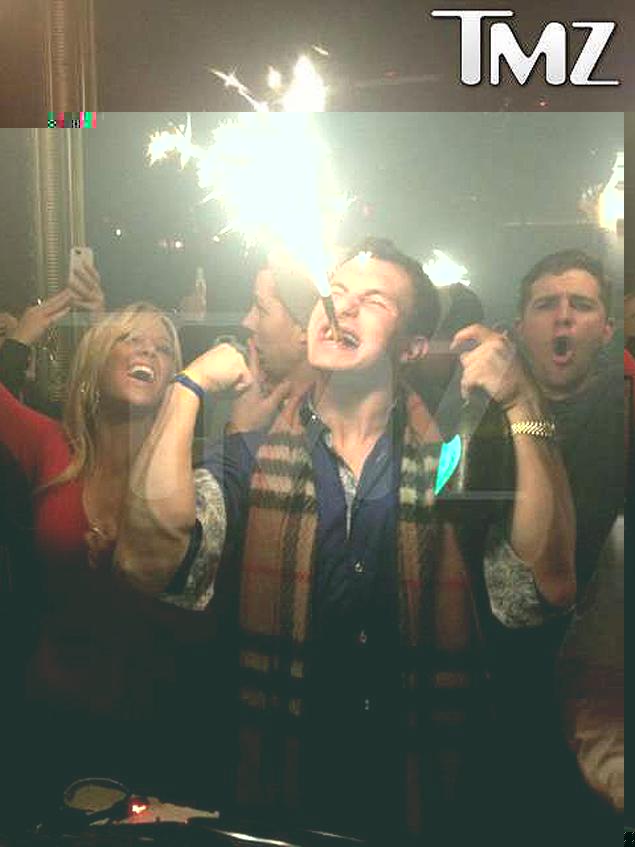 Photo: Johnny Manziel's off the field antics have been well documented.

Photo: Johnny Manziel's off the field antics have been well documented. Photo courtesy of sportsgrid.

From the get-go, the spotlight was shining bright on Manziel, even as he stood on the sidelines. The play-by-play and color commentators calling the game, as well as other personalities at ESPN, criticized him for simply walking onto the field to high-five and celebrate with teammates after they had scored. Upon entering, Johnny Football did what Johnny Football does best: make plays and then talk trash.

While this is certainly not a first in football, and definitely not the first time for Manziel, the announcers started to focus in on his banter with the Rice players. After getting a first down on one play, Manziel motioned to one of the Rice players and acted as if he was signing an autograph. Then after throwing a touchdown on the same drive, Manziel stood on the field and rubbed his thumbs and forefingers together, making the universal sign for "money." Manziel had been making that same motion all of last year, yet all of a sudden, a gesture that had previously been ignored was being used to claim that he was arrogantly taunting the NCAA and their investigation. The nitpicking had begun.

The moment with the most controversy surrounding it came later on in the fourth quarter. With a sizable lead in hand, Johnny Football played a card that all competitors know well. While jawing with a Rice player, he pointed with both hands at the large scoreboard in the stadium. The referees saw it and Manziel was flagged for a 15-yard taunting penalty. His coach Kevin Sumlin berated him as he walked back to the sidelines, and Johnny Football never returned to the game after that.

After the game, sportswriters, talk show hosts and commentators alike took turns taking shots at Manziel for his blunder, yet they forget one important detail: the guy is still just 20 years old. Excluding his abilities on the football field, Manziel behaves just like any other college kid. He has yet to mature and simply because he excels athletically doesn't mean he will not, or should not, make mistakes. 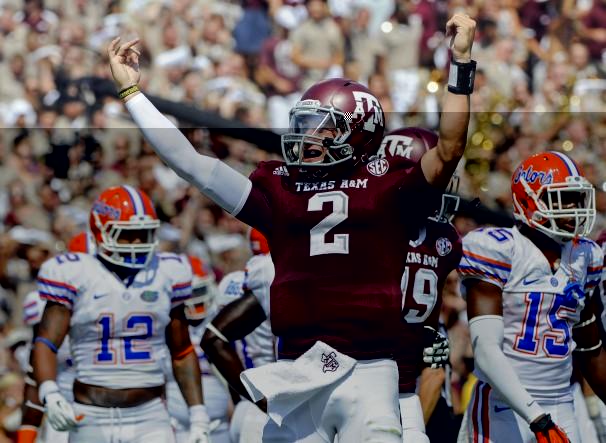 Photo: Johnny Football's mocking touchdown dances have been a hot topic in the college football world.

As for the trash talking, it's actually fun to watch as long as it's not continuously causing disputes on the field. Every player out on the field is there because of their ambition and ultra-competitiveness, so the jawing and the banter between opposing teams only adds fuel to that fire. Johnny Football is a fiery and energetic player who tries to get the most fun out of the sport, and that is what makes him so likeable. He has that high-spirited and fun-loving disposition that makes the jumping around and the gesturing a big part of his game.

Many of his critics will say that Manziel, with his celebrity status, should be held to a higher standard. However, since when do we expect kids to look to other kids as the paragon of discipline and good behavior? To put the burden on Manziel to be a hero for others would be irresponsible. Johnny Football is what he is: a hyper-competitive and electrifying playmaker with an exuberant personality. That isn't going to change, and that's the way it should be.