The land of opportunity

On Sunday, a man walked into the Sikh Temple of Wisconsin and, without a word, opened fire. The suspect, Wade Michael Page, had a 9-millimeter (semi-automatic) pistol, ammunition pouches and the goal to end lives. And he succeeded, leaving six dead and three others wounded. 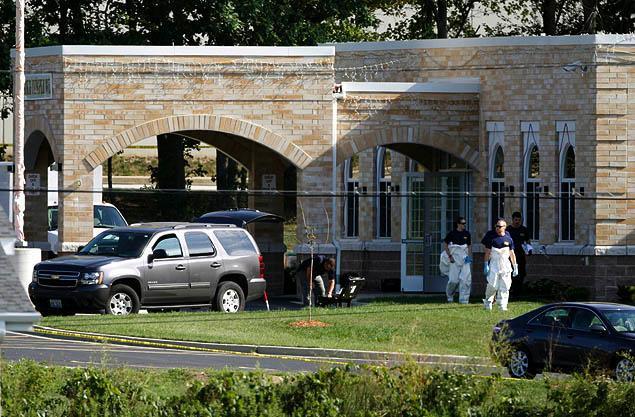 Photo: The Sikh Temple of Wisconsin was the scene of a shooting on August 5th.

Photo: The Sikh Temple of Wisconsin was the scene of a shooting on August 5th.

The temple is the result of the hard work by its now-deceased president, Satwant Singh Kaleka, who was one of the six victims killed. When he came to America from India in the early 1980s, all he had was the conviction to work and a relative who owned a gas station, where he soon became employed. Eventually he was able to buy his own gas station and others over time.

In the summer of 2007, with his savings and the loans from other members, he was able to build the Sikh Temple. Kaleka's story is the perfect scenario of America truly being the land of opportunity. After all, the 2nd amendment of the United States allows that, "the right of the people to keep and bear arms shall not be infringed."

The shooting in Wis. comes soon after the Aurora, Colo. Theater massacre that left many dead and wounded as well. The proximity in time of the two shootings once again raises questions about gun control in the United States.

One side of the argument is that you have the right to protect yourself. The other side believes that civilians shouldn't be able to possess guns. In effort to satisfy both sides, laws limiting the amount of arms you can have and purchase in a set amount of time have been created. But when shootings such as those of the theater and temple are still occurring, it raises questions as to how the violence can end for good. 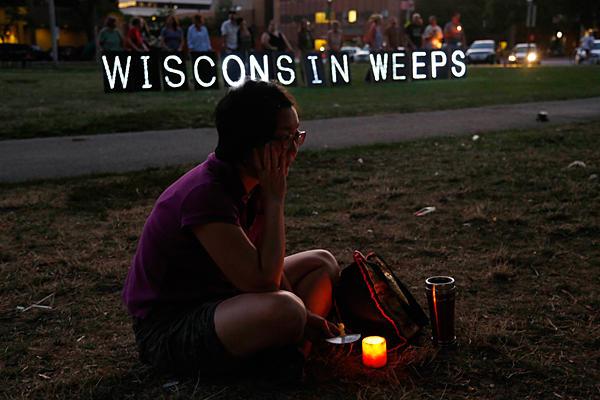 Photo: A mourning woman sits at the vigil for the shooting victims.

Photo: A mourning woman sits at the vigil for the shooting victims.

And some can't help but wonder if mass shootings would come to an end if civilians didn't have the right to bear arms to begin with. Then maybe the temple and theater shootings would never have happened.

When Kaleka came to the United States, he made sure to stick an unusually oversized American flag on his front lawn. It was almost like a thank-you to the country that had created so much hope for him and had allowed his religion to flourish more in the small community of Oak Creek, Wis. He probably never thought that the temple he had built with money earned through hard work would be the place he would die, all because a citizen of the country he loved so much abused their gun rights.

But it happened and the only thing we can hope for to solve this problem is Congress looking at the issue once again through future laws that will make sure guns don't end up in the wrong hands and end more lives.