Montgomery County Public Schools (MCPS) becomes one of the first school systems in the nation to approve of an LGBTQ+ studies course for its high school students.

June's pride month elicits an explosion of flags and colors as members of the LGBTQ+ community and their allies participate in parades, festivals, and other community events. These activities spread awareness and expresses celebration of identity in communities across the world, but Montgomery County's pride month this year celebrates another milestone: the passing of LGBTQ+ studies courses in high schools around the county.

On May 12, Montgomery County's Board of Education approved of the development of an LGBTQ+ social study elective for 11th and 12th graders across the county. The course will be piloted to 10 schools and offered starting from the second semester of the 2021 school year.

Senior Uma Fox from Richard Montgomery High School and her nonprofit MoCo Pride have advocated for LGBTQ+ representation in MCPS classes since the beginning of the 2020 school year. Currently, Fox stays involved by contributing to the curriculum for the class. "I founded [MoCo Pride] officially under MCPS in October and started recruiting people for applications. I think one of the number one things I kept hearing from students was that they wanted to see themselves represented in what they were learning in classes," she says.

Fox states that the course curriculum will be modeled after traditional college-level LGBTQ+ studies classes, with topics including LGBTQ+ art interpretation, history, modern-day issues, general culture and advocacy opportunities. "[The course will] look at both pre-colonial history, US history over the decades and different case studies and LGBTQ+ experiences. These will occur with different literature and artistic pieces as supplements that can be analyzed," Fox explains. She emphasizes the idea that while the history of the LGBTQ+ community is a crucial part of the curriculum, the class delves into current events and each student's own identity. 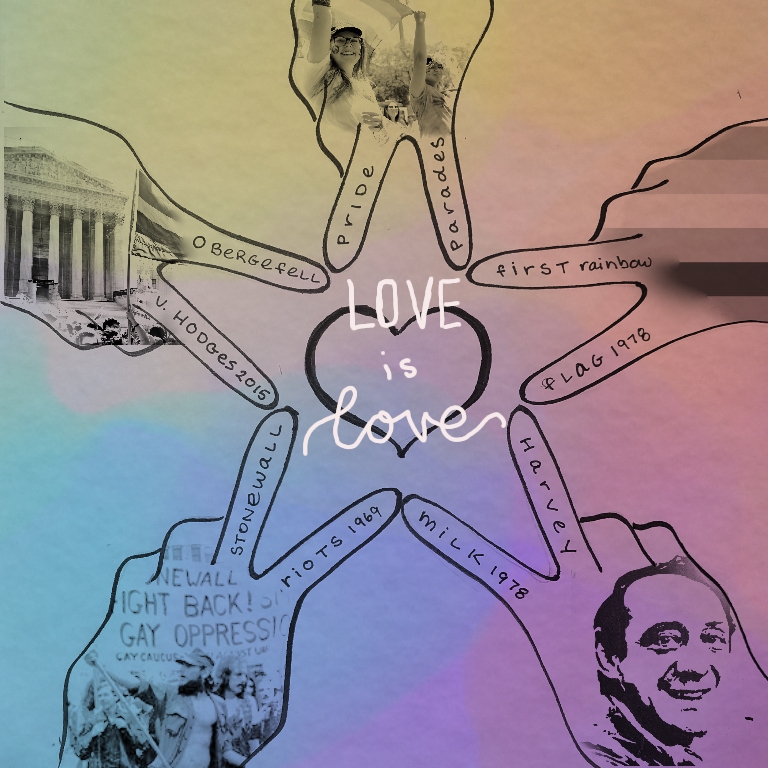 Not only does she highlight how the members of the LGBTQ+ community will explore their identity, Fox encourages heterosexual and cisgender students to take the course to educate themselves and feel empathy for their peers. "The course is going to start with a greater understanding in more of a definitional aspect for students to learn what it is to be LGBTQ+ and self explore their own identity beyond sexuality and gender - who they are as a person," Fox says.

While the course garnered a positive response from many of the students in MCPS, opposition also revealed itself in hate comments and posts on social media. Blair junior Francesco Berrett describes that the backlash the course received stirred a strong response in the LGBTQ+ community, "It's frustrating to see change and then the response of a lot of people being 'it's being pushed down our throats.' A lot of us have faced very hateful and bigoted people within and out of the school system," Berrett says.

To Fox, opposition for the course only demonstrates the necessity for these students to develop an understanding of LGBTQ+ experiences, identity, and general information. "The amount of hatred [the course] got on social media is less of a concern - it's more of a reflection of how much we need this course and how much progress there still is to make. I think it's a reminder of how much it needs to be incorporated into our education," she continues.

Blair sophomore Lilian Palosky also expresses the exigency for a course that informs students of the LGBTQ+ community. "[We need] an in-depth discussion on the LGBTQ+ community and what the more common letters are, because I know that a ton of people are under-informed about a lot of them," they say. Overall, they believe that the passing of the studies course will raise awareness about the LGBTQ+ community.

In addition to assisting students in developing an understanding of their identity and the identities of those in the LGBTQ+ community, Fox adds that there is more to a person's identity than their sexual orientation and gender. "It's a course where you need to think [with] intersectionality: being LGBTQ+ is never a person or a history's full story. We need to consider how race, gender, socioeconomics, and ability can all influence sexuality and LGBTQ+ experiences." Fox and a group of around 15 students and adults are continuing to develop the curriculum to incorporate every aspect of the community.

While the teachers and schools piloting the class have not yet been released, Fox adds that these teachers can influence the syllabus in future years as well, as most have first-hand experience with the LGBTQ+ community or are well versed in its history. The curriculum's flexibility allows teachers to include personal anecdotes and ideas in the course.

As MCPS's new social studies class continues to develop a comprehensive image of the LGBTQ+ community, Fox expresses her excitement towards the result of her advocacy. "I'm delighted - it's been phenomenal to see people's interest. I'm so excited to see the culminating work of students finally be a reality and see a group of students really make LGBTQ+ history."